For Code Pink's Leslie Angeline: How many water parks were there in Warsaw? 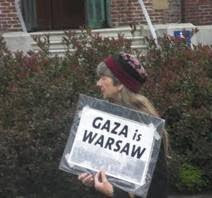 Code Pink is known for theatrical stunts- its not where the deep thinking activists end up. Yet Leslie Angeline protesting a Jewish cultural fair in San Francisco with a sign "Gaza is Warsaw" was deeply offensive on many levels. Yes Leslie, its offensive to Jews everywhere to protest day schools, religious organizations and non-profits. Its offensive to see someone who calls herself a "peace activist" marching alongside home grown jihadis shouting "We support the Intifida". And to both the US state department and to the EU, its anti-Semitic, to compare Israeli policies to that of the Nazis. But its not just anti-Semitic, Leslie Angeline. Its evil and its wrong.

"A sense of absolute prosperity prevails, as manifested by the grand resorts along and near Gaza's coast. Further, the sight of the merchandise and luxuries filling the Gaza shops amazed me."

"Several months ago, Gaza had only one luxury resort, Zahrat Al-Madain. Today, another one opens up every day, such as Crazy Water, Aqua Park, and Al-Bustan. Most of them are owned by members, or associates, of Hamas. In addition, the Hamas municipalities [also] charge high fees, in Gaza terms, for the use of public beaches."

A new water park has opened in Gaza in the "refugee camp" of Khan Younis. 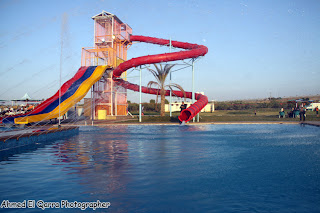 There are water slides. Pools. And amusement park rides. 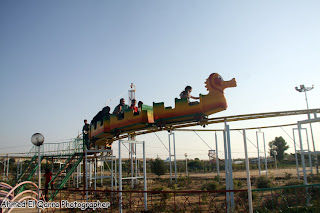 The cycle of life
Projected life expectancy in the Gaza Strip (2010) is 73.86, greater than Estonia, Malaysia, Jamaica and Bulgaria.
The infant mortality rate in Gaza is 17.71 per 1000, lower than that of China, Jordan, Lebanon and Thailand.
Fertility rates are about five children per family, equal to many African nations such as Rwanda and Senegal.
Healthcare

Palestinian families receive the same subsidized healthcare as Israelis, about 10% of the cost for the same treatment in the United States.

Israel transfers school equipment supplied by UNRWA including notebooks, school bags, writing implements and textbooks. Israel is currently coordinating the transfer of 200,000 laptops for Gaza schoolchildren and the shipment of 74 maritime containers for conversion into Gaza classrooms.

About 20% of the population in Gaza owns a personal computer - this is more than Portugal, Brazil, Saudi Arabia or Russia. They have access to ADSL and dial-up Internet service, provided by one of four providers.

About 70% of Gazans own a TV and radio and have access to satellite TV or broadcast TV from the PA or Israel.

According to USAID report, 81% of households in Gaza have access to a cell phone. The PA-owned cell phone provider Jawwal has more than 1 million cellular subscribers.
Posted by Dusty at 10:53 AM