Code Pink's Vigil in front of the Greek consulate: A trip down memory lane

The airplants of Code pink have several of their own on the flotilla- Medea Benjamin, Ridgely Fuller, Kit Kittredge, Ann Wright, and Paki Weiland. They've invested a lot of time and energy in this prank, and they are anxious for results. As a result, Code pinkos are camping out in front of the Greek embassy in Washington DC, in "Operation Annoy the Greek Government", attempting to annoy the greek government into capitulating to their demands.

This brings back fond memories of our local members of Code pink and their vigil in front of the Egyptian Consulate in San Francisco. They had planned a - sit down for this one- a two hour hunger strike. 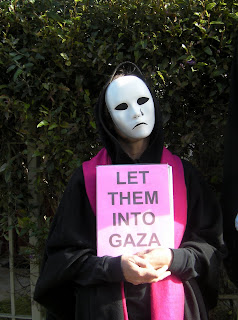 It was hardly an effective use of their time. 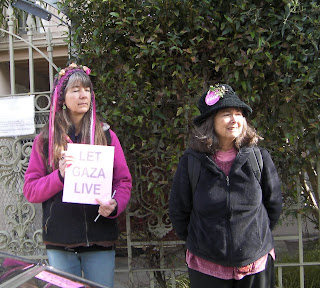 Then horror of horrors- the Zionists came.
And they brought LUNCH. 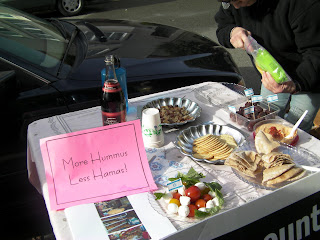 Guess what ladies? They're making fun of you!
Posted by Dusty at 5:31 PM