On May 7, 16 year old Fatima Afeef Abdul-Rahman Hajiji, 16, from Qarawat Bani Zeid village, northwest of Ramallah, charged at an Israel policeman, knife in hand.  She was shot and died of her wounds. 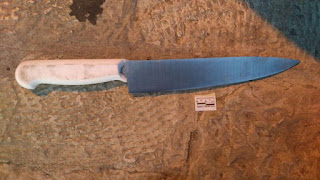 What makes a 16 year old girl take an action that is akin to suicide? Judging from her posts on social media, martyrdom was her goal. 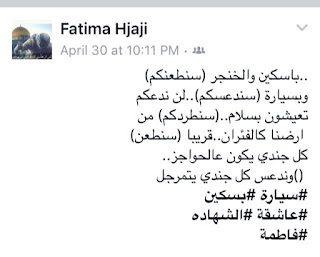 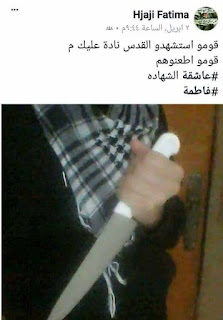 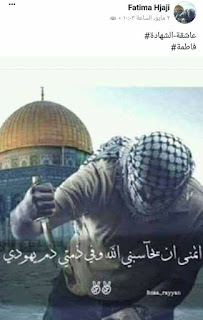 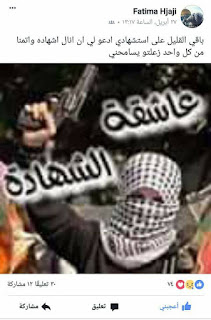 Incitement and the glorification of violence and martyrdom are destroying  Palestinian youth. Until this ends, peace will remain elusive. 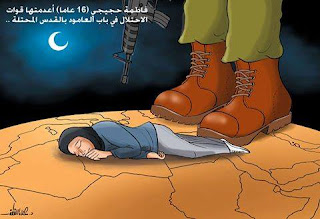 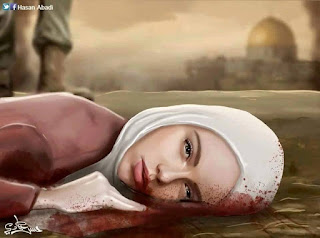 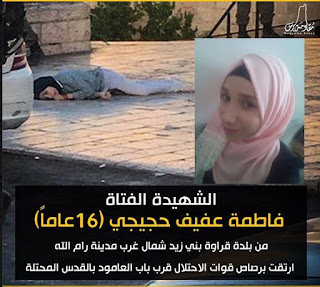 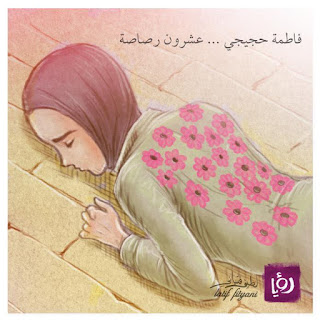 Richard Horton of the Lancet does teshuvah

The once venerable British Medical journal Lancet and its editor, Richard Horton have been taken to task in the past for publishing a letter filled with “concealments, half-truths, and distortions that revealed the biases of its authors and signatories” regarding Israel’s conflict with Gaza.

After the controversial document was published, Lancet editor Richard Horton, was invited to Israel to meet with medical professionals at Rambam hospital.

This is why the anti-Israel forces fear normalization the most of all.

This week Richard Horton made good on his regrets for publishing the biased and controversial article, writing

We have learned lessons from this unfortunate episode. Our collaboration seeks to undo the harm and tarnish of this episode by transforming these experiences to constructive practice.

The May 8 2017 issue of The Lancet features ten articles written by Israel doctors and researchers, on topics as diverse as treating the casualties of the Syrian civil war, digital health innovation, and maternal and child health.

We have identified several determinants of Israel’s advancement in health, including articulation of a clear vision, national purpose, and long term commitment that seeks to take the health of its citizens seriously; a multi-ethnic population that brings diversity and energy to national progress: a political democracy, which is characterized by robust debate and discussion about the nation’s future; national legislation governing cardinal health-care processes: cultural and religious histories that respect and revere scholarship, learning, research and charitable donation; and expanding economy. with recent but increasing appreciation of the economic, social, and political underpinnings of health and health inequities, a strong base of support from the Diaspora Jewish community ;and a strong desire for acceptance by the international community in key areas, especially science and health.

“The special issue on Israel will not be a one-time project,” Horton said. “It is the beginning of a close partnership.”

For more information on this weeks Lancet see:

After Gaza letter controversy, med journal publishes issue on Israeli healthcare
Posted by Dusty at 10:38 AM No comments: 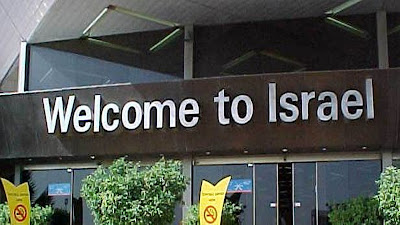 This represents yet another in a series of BDS fails.
Posted by Dusty at 7:23 AM 1 comment:

From the Jewish Community Relations Council Director Abby Forth:
“Campuses across the nation experience uncivil discourse and anti-Semitism. But what sets S.F. State apart is its administration’s unwillingness to state for its entire campus community that it will not tolerate these acts.
“When Jewish students and guests are intimidated and Hillel is discriminated against, this administration fails to speak out. More than that, it has celebrated the perpetrators while privately assuring our Jewish community that it will look into these incidents,”
“In so doing, this administration is, at best, complicit in the marginalization of Jewish students, and, at worst, responsible for it.”

If case you missed it, check out the excellent series of articles on the campus climate for Jewish students at San Francisco State University, published in this weeks J the Jewish News of Northern California

JCRC campaign aimed at ‘toxic culture’ for Jews at SFSU

Written by Mark G. Yudof  and Kenneth Waltzer of the Academic Engagement Network.

"After six face-to-face meetings over the course of a year with San Francisco State University President Leslie Wong, we are obliged to report that there is no resolution in sight for problems plaguing Jewish student life on campus."
Jewish studies professors: S.F. State marginalizes Jews

Outraged? You should be.  This has been going on for a long time.

Community members are mobilizing for action.  A good first step- please sign this petition to California State University Chancellor Dr. Timothy P. White from StandWithUs  calling on him to take immediate action to "ensure the security and dignity of Jewish students"

The JCRC is encouraging people to email SFSU President Les Wong to remind him that it is the responsibility of the administration to set and enforce boundaries that protect free speech and ensure the safety of every student.  Demand he take action to protect Jewish students on campus.