Antisemitic propaganda has moved from the social media into our neighborhoods.

From the NextDoor Neighborhood App   Posted earlier today.
I picked up 20 of these weighted baggies filled with antisemitic COVID propaganda at ~8:30am today along Pacific Ave. (mostly between Baker and Scott). There were quite a few more I couldn't grab. Apparently the acting organization (Goyim Defense League) has carried out the same campaign several times in Berkeley (beginning during the week of Hanukkah). I texted SFPD's tipline with pictures; not sure if there's anything else I should do? Check your lawns, driveways, and sidewalks if you live nearby! 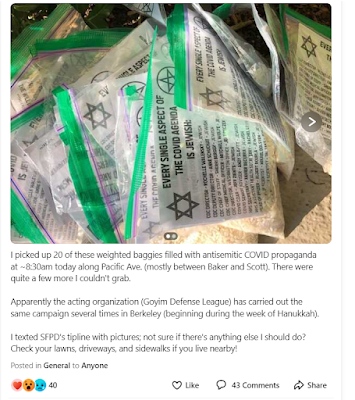 If you receive one of this packets, please report it to the ADL's tipline.  And please check your security cameras for footage of those spreading this trash. 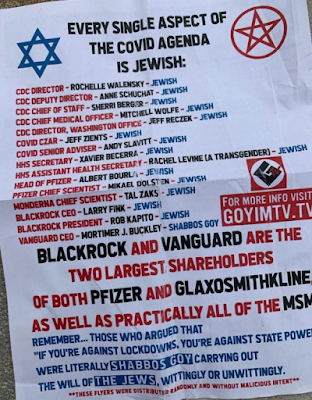 This week in 1995, a bomb exploded at the Beit Lid junction near Netanya, killing 18 soldiers and one civilian.

On January 22,1995, as an 18 year old soldier in the paratroops (Force 202), I stood waiting at Beit Lid Junction. A few moments after 9 o’clock am two suicide bombers dressed as soldiers infiltrated the military bus station where hundreds of young soldiers waited to go to their bases. In one last moment, where I remember talking to a fellow soldier, a massive explosion of a suicide bomber ripped all our lives apart. A second attacker exploded a few minutes later as medical personal had already responded to the scene. I cannot explain to you the casualty I saw this day, or what it means to see and feel 22 young soldiers blown apart

On the anniversary of the attack, Islamic Jihad took to social media,  bragging of the "heroic martyrdom operation".  No regrets, no talk of peace, just raw glorification of violence and terror. 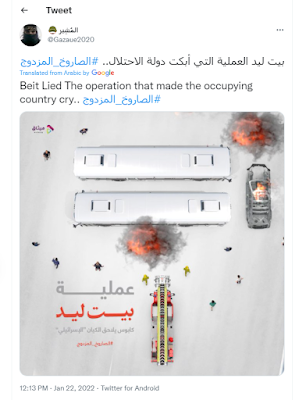 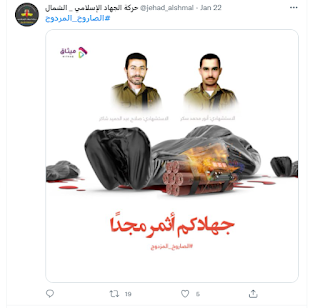 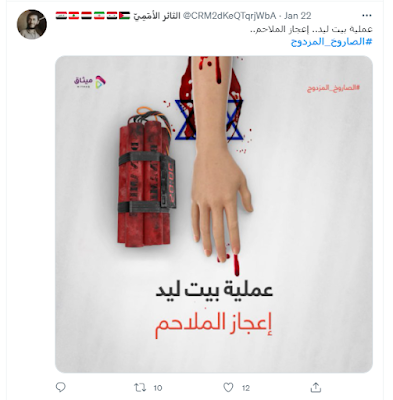 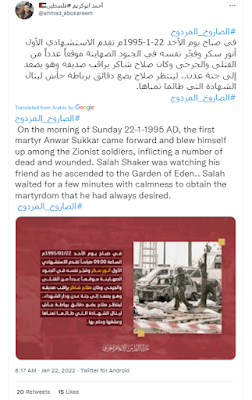 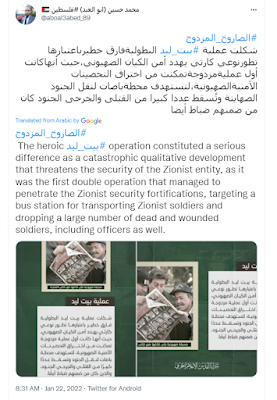 For Islamic Jihad and those that chose a life of terror the young Israeli lives lost, and the shattered families are a source of pride and inspiration.  This vile glorification of violence hasn't abated in 27 years.