The "New Egypt" Looks A Lot Like The Old Egypt 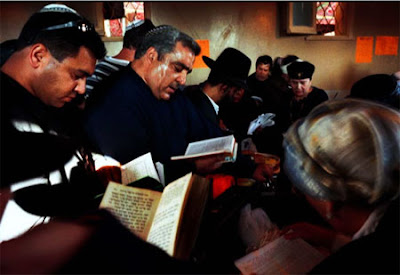 After years of hostility, it looks as though the new Egyptian government may finally simply not allow Jewish worshippers into Egypt for a hilula at the grave of Rabbi Yisrael Abuhatzeira.


"After the January 25 revolution, which toppled over the Hosni Mubarak regime, the Jews will not be allowed to enter Demito any more and endanger the public morals and hurt the feelings of its 5,000 residents," Moustafa Rasslan, a lawyer, said.

He called on the Supreme Council of the Armed Forces (SCAF), which has been ruling the country since February 11, to enforce a 2001 court ruling that compelled the Culture Ministry, responsible for the site where the annual gathering takes place in late December and early January, to cancel the Abu Hasira celebrations all together.

"If the SCAF does not enforce the ruling, Damito residents will not allow the Jews come to their village to attend the week-long Abu Hasira Mulid (festival), where they used to behave in a way that contradicts Islamic traditions and public morals under the very nose of security officials of the ousted regime," he said.

Yeah, those guys up there look like a pretty raunchy bunch. Terrifying, really.

A few days after Mubarak went down, a young man yelled at me (as a representative Zionist) on the Berkeley campus that now that Egyptians were free, they were 'free to hate you'. He was, of course, quite correct. Foolish of me, I suppose, to hope that for once a people might gain freedom without attacking the Jews first thing.
Posted by BBJ at 11:11 PM

not to mention i'm starting to hear about a new nazi party in the process of being formed in egypt. but apparently it is not to be confused with the old nazi party. there seems to be a trend though out the arab and muslim world when there is socio/political upheavals in the name of freedom and democracy. but all they ever end up doing is either spiraling into never ending civil war or simply trade one type of despotism for another such as with iran's revolution. the arab spring should be renamed to spring time for hitler.