There is no historian in the world who is objective. I am not as interested in what happened as in how people see what's happened. ("An Interview of Ilan Pappé," Baudouin Loos, Le Soir [Bruxelles],Nov. 29, 1999)

I admit that my ideology influences my historical writings...(Ibid)

Indeed the struggle is about ideology, not about facts. Who knows what facts are? We try to convince as many people as we can that our interpretation of the facts is the correct one, and we do it because of ideological reasons, not because we are truthseekers. (Ibid)
The debate between us is on one level between historians who believe they are purely objective reconstructers of the past, like [Benny] Morris, and those who claim that they are subjective human beings striving to tell their own version of the past, like myself. (“Benny Morris’s Lies About My Book,” Ilan Pappé, Response to Morris’ critique of Pappé’s book, “A History of Palestine” published in the New Republic, March 22, 2004, History News Network, April 5, 2004)

[Historical] Narratives... when written by historians involved deeply in the subject matter they write about, such as in the case of Israeli historians who write about the Palestine conflict, is motivated also... by a deep involvement and a wish to make a point. This point is called ideology or politics. (Ibid)
Yes, I use Palestinian sources for the Intifada: they seem to me to be more reliable, I admit. (Ibid)

Quotes from the CAMERA backgrounder on Professor Ilan Pappé: When Ideology Trumps Scholarship

In a talk at Westminster University, earlier this year, David Collier at  "Beyond the Great Divide". has caught Pappe in a rare moment of candor, admitting that the genesis of the call for boycotts, divestment and sanctions was not "Palestinian civil society"

Illan Pappe talks about BDS at every single lecture. This is the type of thing he says.

“It (BDS) began as a call from within the civil society under occupation, endorsed by other Palestinian groups, and translated into individual and collective actions worldwide.”

Do not underestimate the importance of this claim. The call has to come from within. It is of VITAL significance. In an event at the University of Kent, I was told by a speaker from War on Want, that boycotting was only legitimate because “the Palestinians had asked us to”. Put aside all the other reasons to reject the boycott, as the major casualties from any such boycott would be weaker members of Palestinian society, for any humanitarian organisation to align with it, they would have to be absolutely convinced the call was genuine.
We now know it wasn’t.
Ilan Pappe destroys BDS
Many people have long surmised that external activists told several groups of Palestinians what they needed. Then civil groups, some only made up of a couple of members, effectively sided with Hamas. They signed on the dotted line and BDS was born. The tail effectively wagging the dog. Whilst this has long been assumed, the evidence did not exist. Now it does. Watch the video. Bookmark it.
Filmed at the University of Westminster May 25 2016 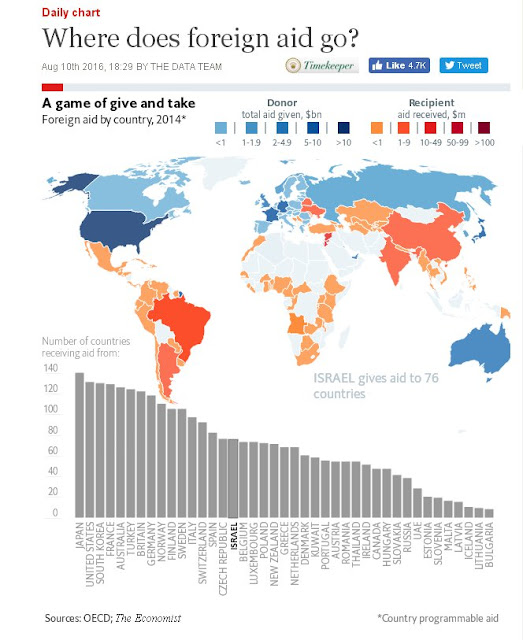 Jerusalem, if I forget you. JVP Rabbi David Mivasair's failure to fact check

They're not making rabbis like they used too. From a  tweet by  "Rabbi" David Mivasair of the JVP Rabbinic council 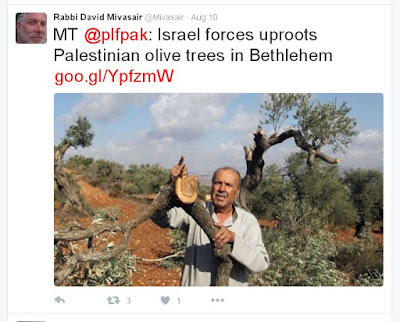 The link goes to this page. 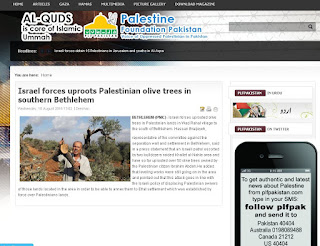 Yep. An ostensibly Jewish Rabbi has linked to a page that declares "Al-Quds is core of Islamic Ummah"

Failure to fact check. Linking to sites abhorrent to the Jewish people.  All in a days work for a member of the Jewish voice for Peace Rabbinic Council.

In 1928, the Jews of Yemen faced persecution and oppression, and longed to return to the homeland of their ancestors.

Email ThisBlogThis!Share to TwitterShare to FacebookShare to Pinterest
Labels: Yemen 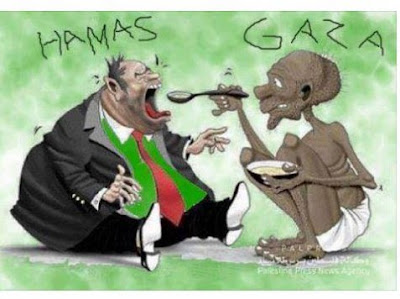 Looks like the Palestinian people are tiring of Hamas as well. 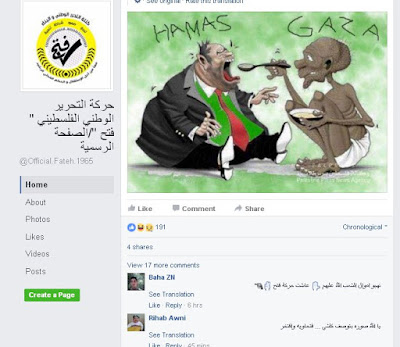 The newly constructed Palestine-Turkey Friendship Hospital will be Gaza's largest when it becomes fully operational in 2017. Funded by the Turkish International Cooperation and Development Agency (TIKA), this is the second hospital to open in Gaza since the 2014 war with Israel

According to Turkish International Cooperation and Development Agency (TIKA) which funded the project, the $40 million dollar facility will include cancer and heart research and treatment departments as well as a prayer room and library.


A Qatar funded hospital is also expected to open later this year.

The construction of this state of the art hospital in Gaza is yet another manifestation of the brutal Israel siege and incremental genocide that we hear so much about in the mainstream media.

The following is yesterday's Fatah post celebrating and bragging about Fatah's murder of Israeli civilians:

"To those who argue [with Fatah], to the boors, and to those who do not know history:
Still think we have a partner for peace?


The Gaza head of the U.S.-based humanitarian aid organization World Vision has confessed to funneling as much as $50 million a year over the past 10 years to Hamas terror activities. Over a decade ago,  Hamas recruited World Vision’s head of Gaza operations, Mohammed Halabi. (also known as Mohammed El-Halabi,  He rose through the ranks of the organization until he.was in control of  the finances and budget, ultimately  funneling 7.2 million a year to Hamas, and  its military wing the Izz al-Din al-Qassam Brigades. It is estimated that 60% of all funds sent to Gaza by the World Vision charity was diverted to the Islamist movement. World Vision is among the largest Christian charities in the world.

The specific allegations against Mohammed Halabi. include:• Promoting fictitious agricultural associations as cover for transfers to Hamas;• Transferring money to Hamas members fraudulently registered as employees of charity-sponsored projects;• Issuing inflated invoices and fictitious receipts with the excess being transferred to Hamas;• Issuing fictitious tenders for work to be done for World Vision, with the "winning" tenderer to transfer 60% of funds received to Hamas;• Transferring directly to Hamas equipment and aid packages provided by World Vision;• Initiating a greenhouse project to use the greenhouses to hide the sites of terror tunnels;• Disguising Hamas warehouses as World Vision warehouses so Hamas could take materials delivered to them;• Diverting money for injured children to Hamas terrorists who fraudulently listed their own children as wounded; and• Diverting unemployment benefits to Hamas terrorists..

An Israel Security Agency official said that while the investigation did not implicate World Vision in the scheme to divert funds, it did reveal an abysmal lack of monitoring and supervision by the organization of its donations and projects. "Hamas stole tens of millions of dollars from disabled and poor Palestinian children to build a war machine," said David Keyes, a spokesman for the Israeli government.

Australia's Department of Foreign Affairs and Trade (DFAT) has suspended funding of World Vision programs in Palestine, after the head of the charity in Gaza was charged by Israel with providing funds to Hamas. Germany has followed.

DFAT said, "Any diversion of the generous support of the Australian and international community for military or terrorist purposes by Hamas is to be deplored and can only harm the Palestinian people."

World Vision has worked in Israel and the Palestinian territories since 1975, “advocating for the improved well-being of children as well as empowering Palestinian and Israeli voices that advocate for peace and justice.” It receives considerable funding from the UN and Western governments.

UN Official: Gaza Charity’s Transfer of Aid to Hamas is a “Profound Betrayal of Trust”
Posted by Dusty at 9:39 AM No comments:

Palestinians and other opportunists have been attempting to co-opt the African American struggle for years.

We saw it with Trayon Martin. 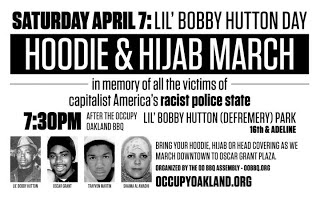 We saw it with Oscar Grant. 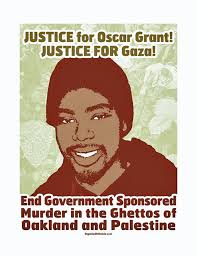 We saw it with Ferguson. 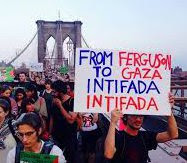 And we see it again with the current incarnation of the Black Lives Matter Movement.  Having failed to co-opt the movement to his satisfaction, anti-Israel activist Bassem Masri has been documented threatening and trying to blackmail prominent Black Lives Matter activist DeRay Mckesson. 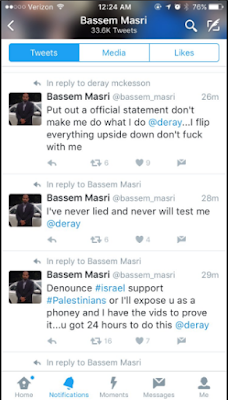 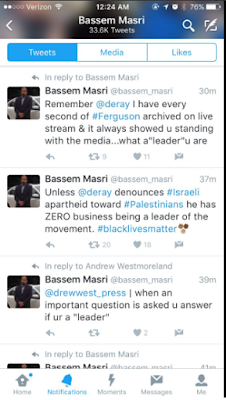 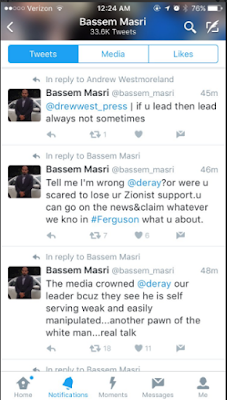 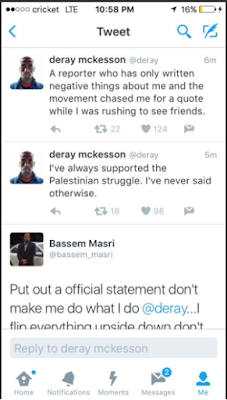