"I can say with absolute certainty the United States would not be safe without Israel as a partner.”

The Under Secretary stated:

“We best honor the memory of those we commemorate today by recommitting ourselves to the same selfless sacrifice of the first responders, the brave passengers who struggled against the terrorists, and the countless men and women who have given their lives to keep us safe.  A visit to Israel provides the opportunity to affirm our commitment to never forget and to have the United States stand with Israel and our global partners against the current manifestation of terrorism. I can say with absolute certainty the United States would not be safe without Israel as a partner.”
A wreath was laid on the memorial, emblazoned with the words “for all who endeavor to keep us safe.”   A “Tribute in Light”, similar to the one at Ground Zero in New York City featured the  illumination of beams of light that shined 1000 feet over Jerusalem. 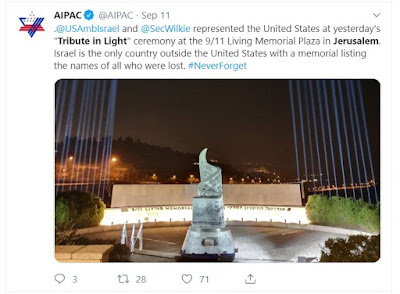 Email ThisBlogThis!Share to TwitterShare to FacebookShare to Pinterest
Labels: 9/11, Israel 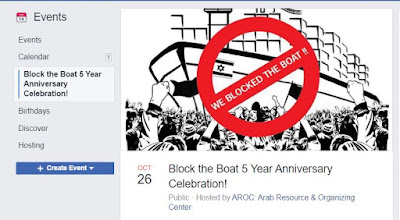 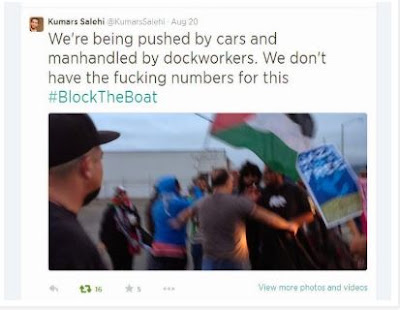 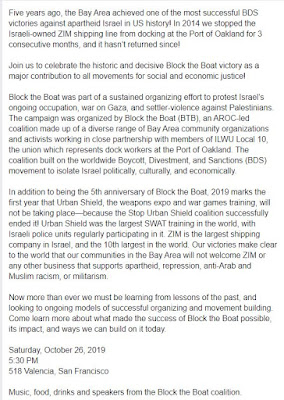 Read what really happened 5 years ago at the Oakland dock here:
No Solidarity in Oakland, as protesters bully Longshoremen
Block the Boat has morphed into Operation Annoy Zim's Customers
Posted by Dusty at 6:06 PM 1 comment: