"Activists" on the Mavi Marmara were armed

As the latest in , (what is it- eight flotillas, now? )limps through its planning stage, photographs from the last flotilla have finally been released showed the "Peace activists" with weapons.
From the IMRA facebook page 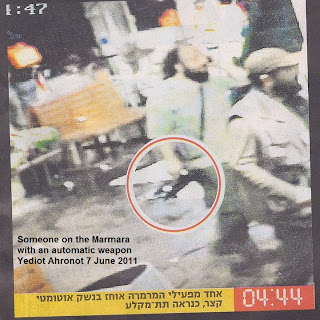 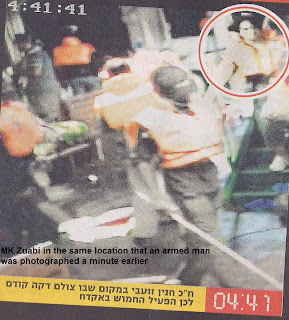 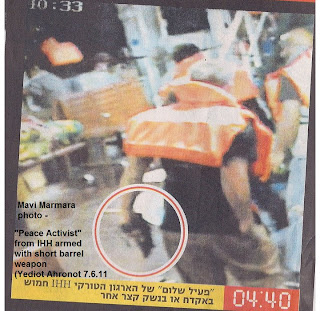 According to a variety of reports, the flotilla du jur is running into problems.

From YNET:
The flotilla's organizers, it is believed, are finding it hard to meet their goal in regards to the number of ships partaking in the sail. "They want to breach the blockade and think that the more ships they have, the higher their chances of succeeding," a source told Ynet.


The IHH, which organized the first Gaza flotilla, is heavily involved in the second sail, alongside the "Free Gaza" Movement" and the "European Campaign." These three are joined by several smaller groups, which are trying to stage a united international front.


Based on statements made by the organizers, as well and independent intelligence, Israel believes the ships taking part in the flotilla will set sail from several ports before forming a convoy in the east waters of the Mediterranean, and heading to Gaza.
Posted by Dusty at 7:17 AM

Paul, the No Cal ISM leader is so fearful of bringing anything that can be construed as "material aid to terror" that the American ship to Gaza is carrying nothing but "letters". Its costing $350,000 for him to act as mailman to Gaza. Since the cost of a stamp is 44 cents, this is his least cost effective notion yet.

im not an expert, so i cant tell if these are actually automatic weapons or not, however....why did the idf not release these sooner and why is zoabi not on trial for treason and engaging in terrorist activities?