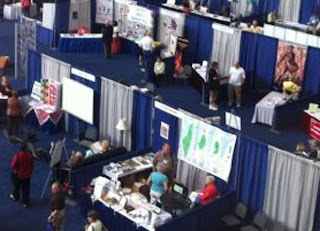 The anti-Israel lobbyists have descended upon the Presbyterian General assembly, anxious to push their narrative. Note the use of ubiquitous and widely discredited 4 part map.

"Jewish" voice for "peace", perhaps you'd like to show the Presbyterians what Israeli prime Minister Olmert offered for peace 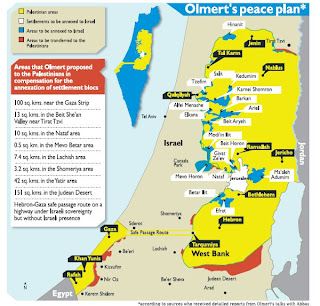 Interestingly enough, one of the "activists" lobbying the Presbyterians is none other than BDS'er Bekah Wolf. Bekah's husband Mousa entertained Islamic Jihad member Khader Adnan shortly after his release from Israeli prison. 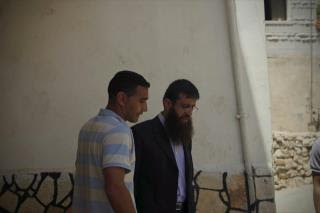 Why would anyone who considers themselves a "peace activist" want to break bread with this man? Who would invite this creature into their family home?

I can't help but wonder if you'll be showing this clip to the Presbyterians at their annual convention, Bekah?
Posted by Dusty at 7:09 PM