Today thousands gathered in front of San Francisco's City Hall, with many more spilling into the street and into Civic Center Plaza. It was a gesture of fraternity- of solidarity, and of mourning for the lives lost in France this week. 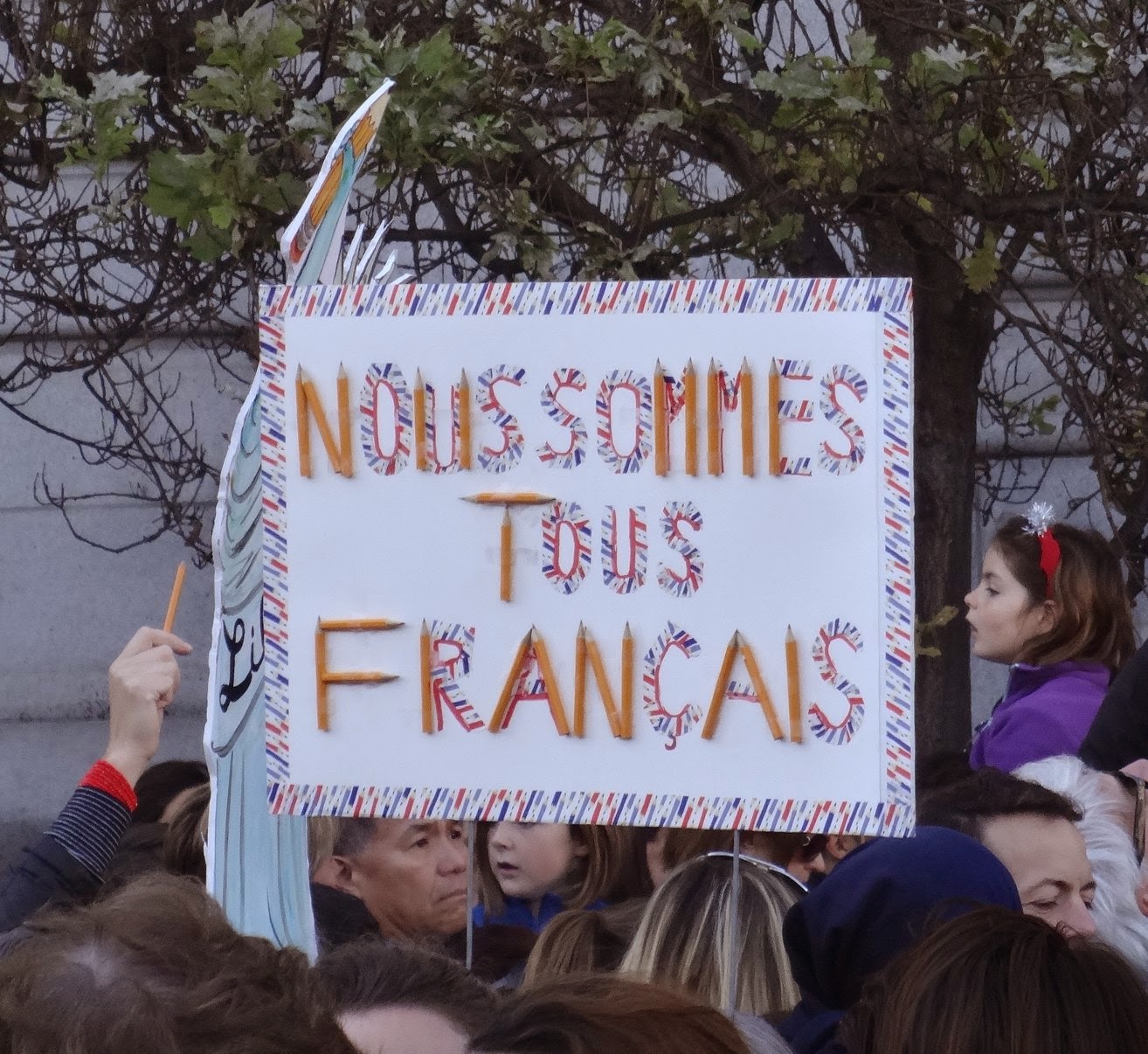 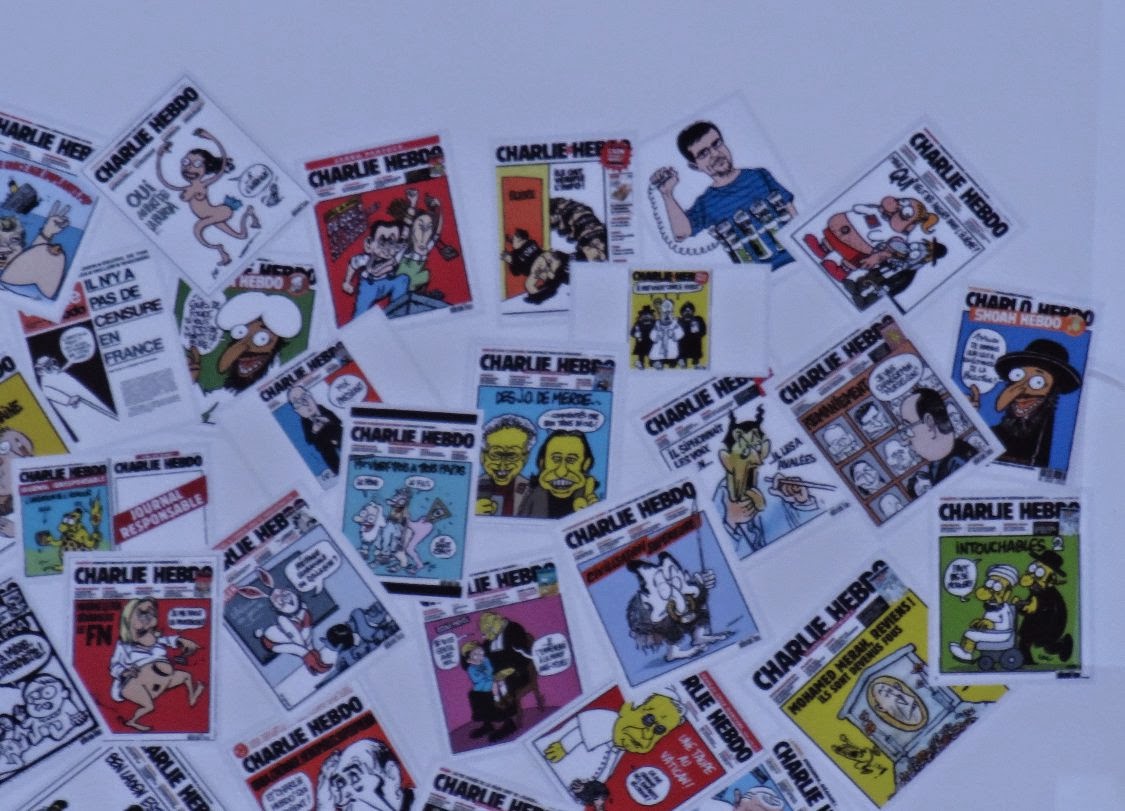 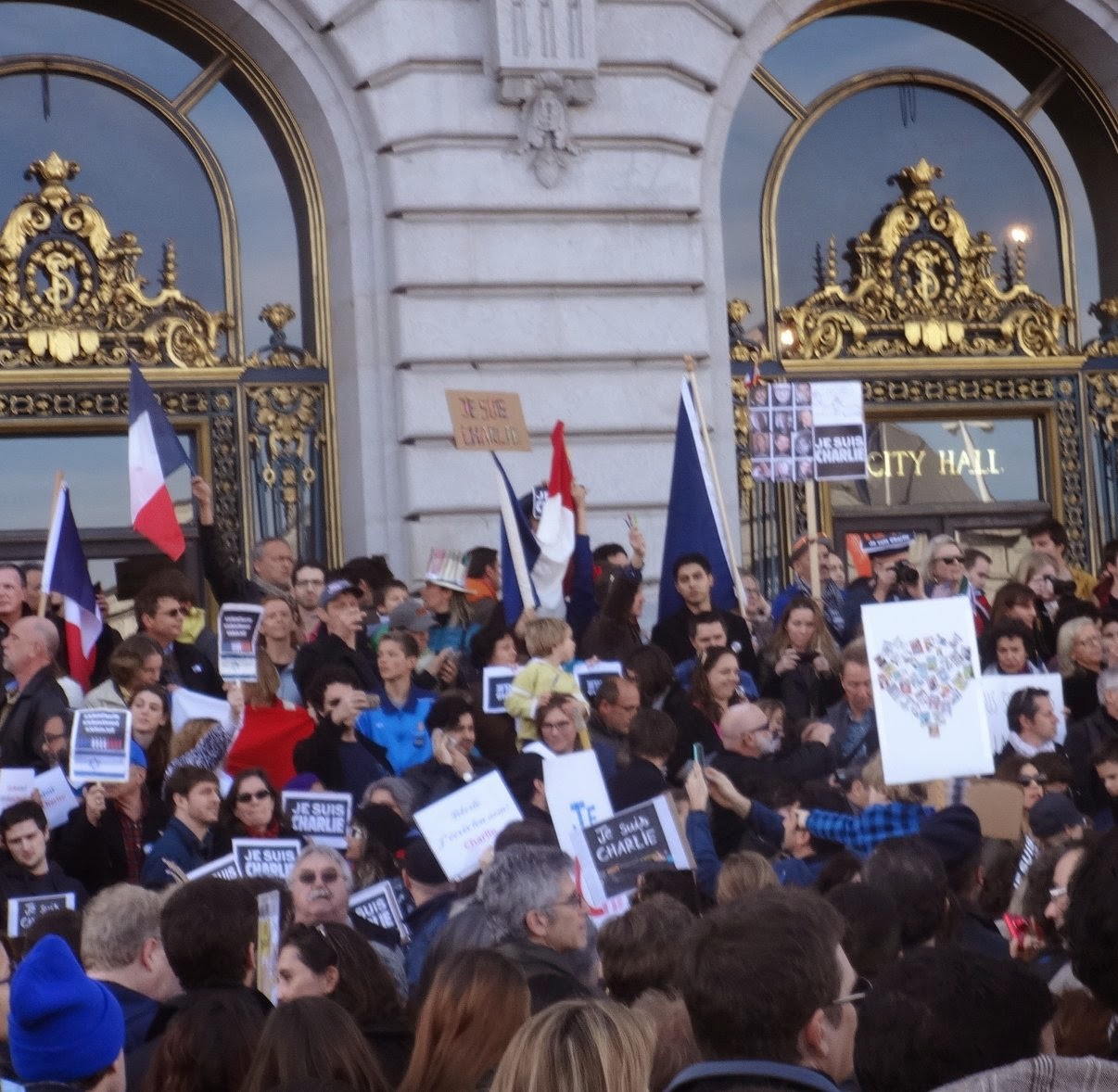 Some held signs in remembrance of the four Jews who were killed in the kosher market, and the French police officers killed in the line of duty 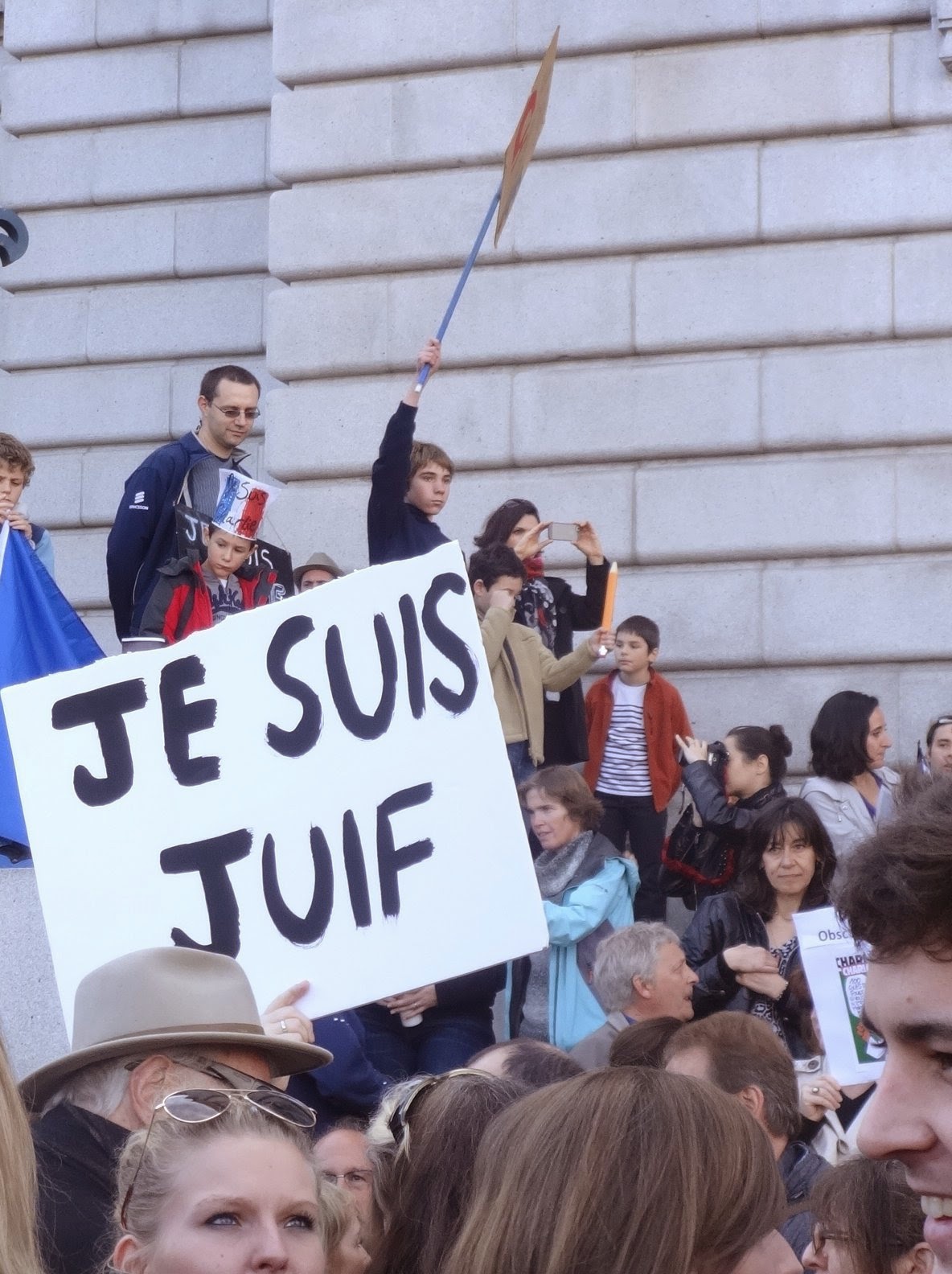 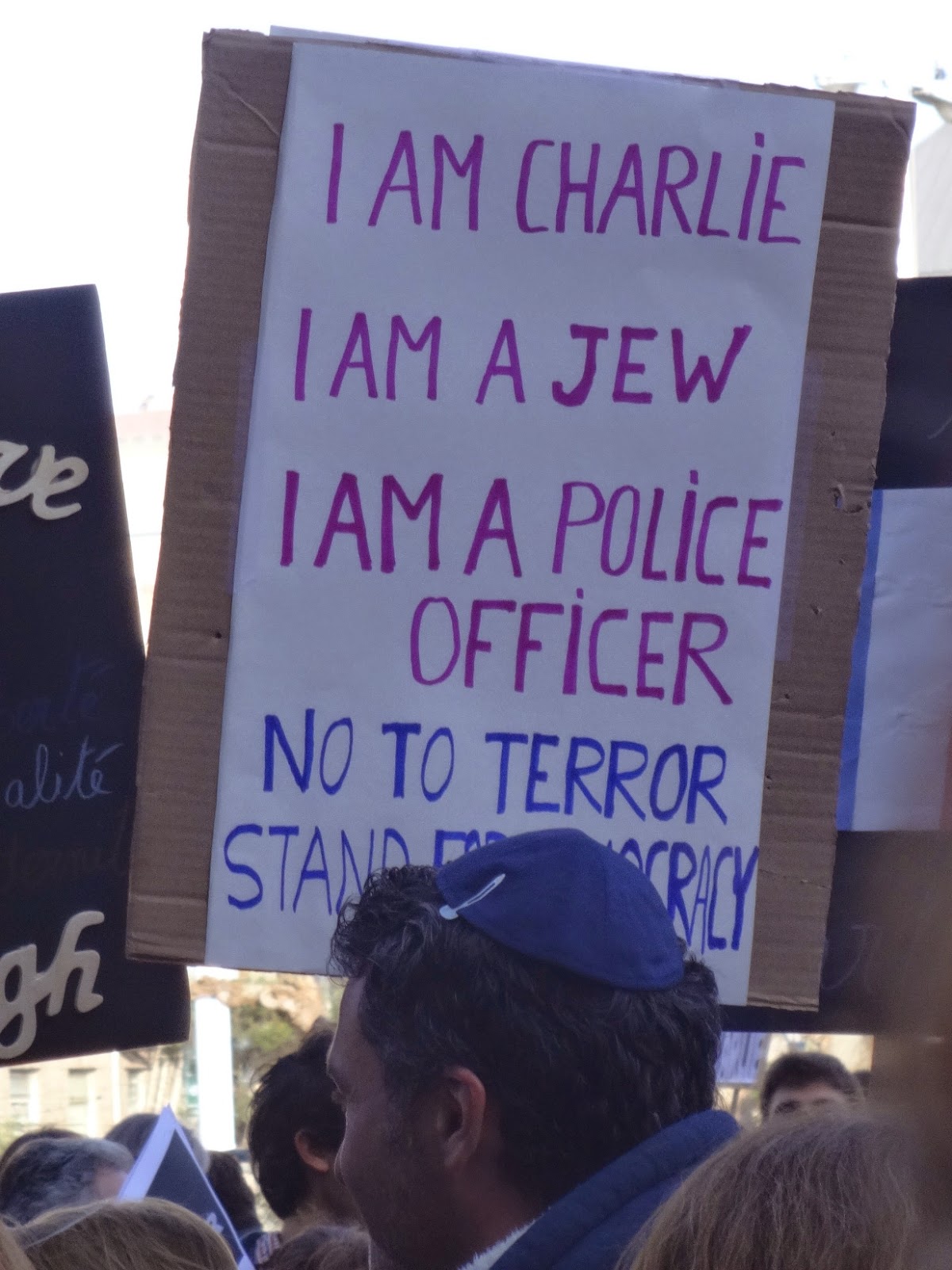 There were some elements that were conspicuously absent. There was no finger pointing, no blame games,  no anger and  no ugliness, no racist chants.  There were no enraged marches down the street, no vandalizing buildings, no setting trash cans on fire.

All regular elements of a Bay Area anti-Israel rally were missing.

The Arab resource Organizing Center, Al Awda, and Jewish Voice for Peace could learn a thing or two by emulating the quiet dignity of today's event.  I'm not holding my breath.

well there's a very logical reason you didn't find The Arab resource Organizing Center, Al Awda, Jewish Voice for Peace or code pink there yesterday. it's because that rally in S.F. was about actual human rights, freedom and taking a stand against islamic extremism. non of which any of those leftist hate groups stand for.