Its official. BDS is a resounding failure. 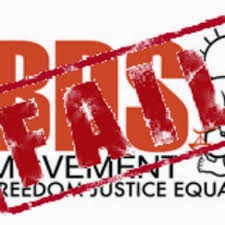 Its official. Boycotts, Divestments and Sanctions are a resounding failure.
In the 13 years since the Durban BDS strategy was introduced, Israel's gross domestic product  has grown  by 54 percent. Overall Israeli exports rose by 80 percent. In Europe exports have surged by 99 percent. Direct investment in Israel has also grown.
According to a recent report commissioned by the Knesset Finance Committee, the share of exported goods originating in Judea and Samaria and the Golan Heights has grown from 0.5 percent to 3.1 percent, and that an overwhelming majority of that growth (2.5 percent) is from exports to the European Union.
Read it all here:  Boycott efforts against Israel do not hurt economy

Hapless Jewish Voice for Peace attempts to spin this resounding defeat as a victory, and falls flat on their faces: