A 23-year-old man Palestinian man from Tulkarem stabbed 11 people on a Tel Aviv bus during the morning rush hour today. Three of his victims remain in critical condition. He was shot in the leg as he was trying to flee the scene

The hashtag #JeSuisCouteau 'I am knife' is now making the rounds on Twitter as Palestinians and their enablers heap praise on the terrorist who attempted to murder innocent people on their way to school and work. 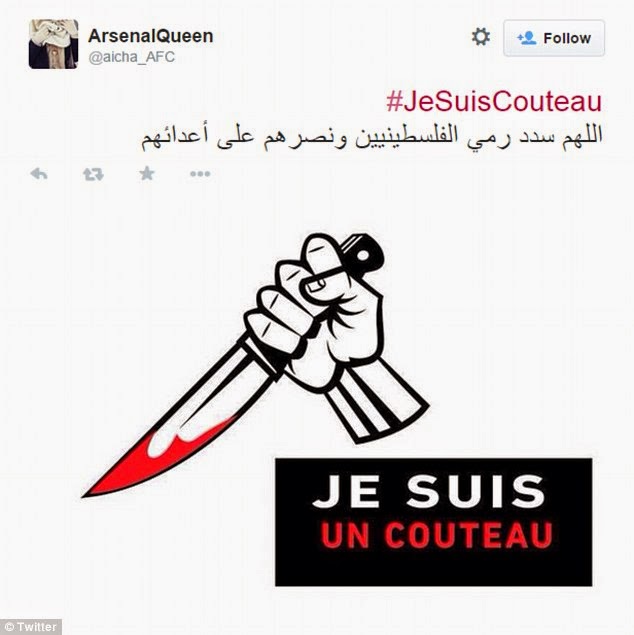 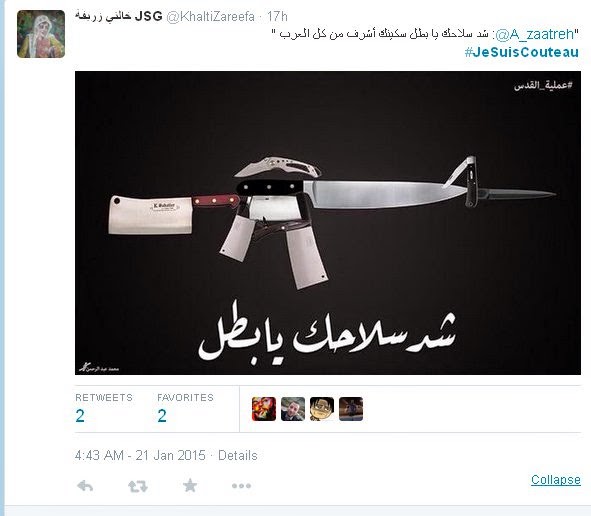 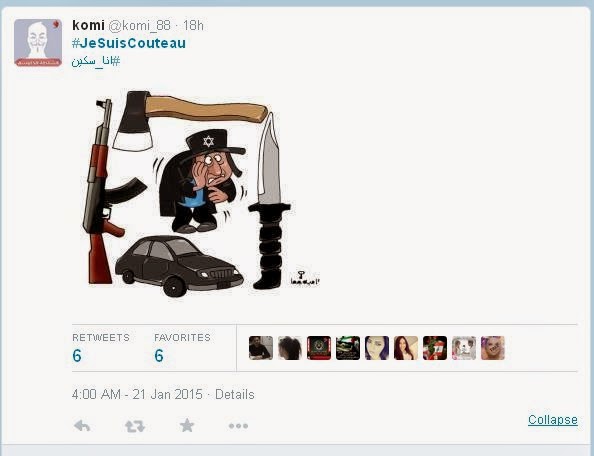 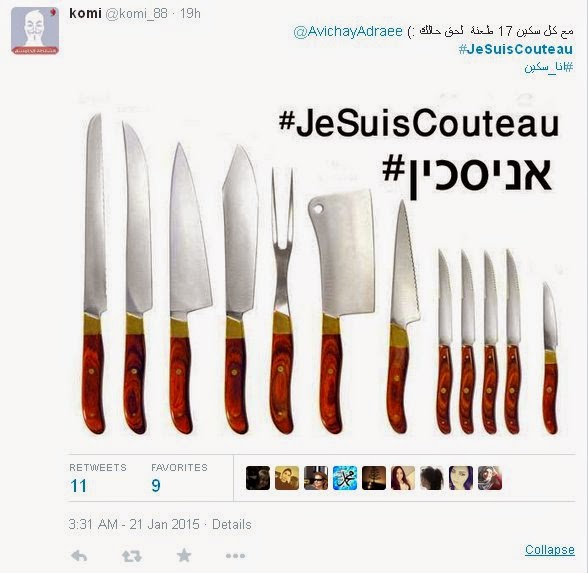 Just another example of the depravity and moral bankruptcy of the anti-Israel cru as they justify violence and terror against the innocent.
Posted by Dusty at 11:01 AM

Email ThisBlogThis!Share to TwitterShare to FacebookShare to Pinterest
Labels: JeSuisCouteau

Indian Jones demonstrates the the gun is mightier than the sword.

These are some sick people.
Obama wishes he could import them to America.