Sighted this weekend on the Berkeley pedestrian walkway above Interstate 80. Je Suis Juif  - a gesture of solidarity with the French Jews in their struggle against terror. 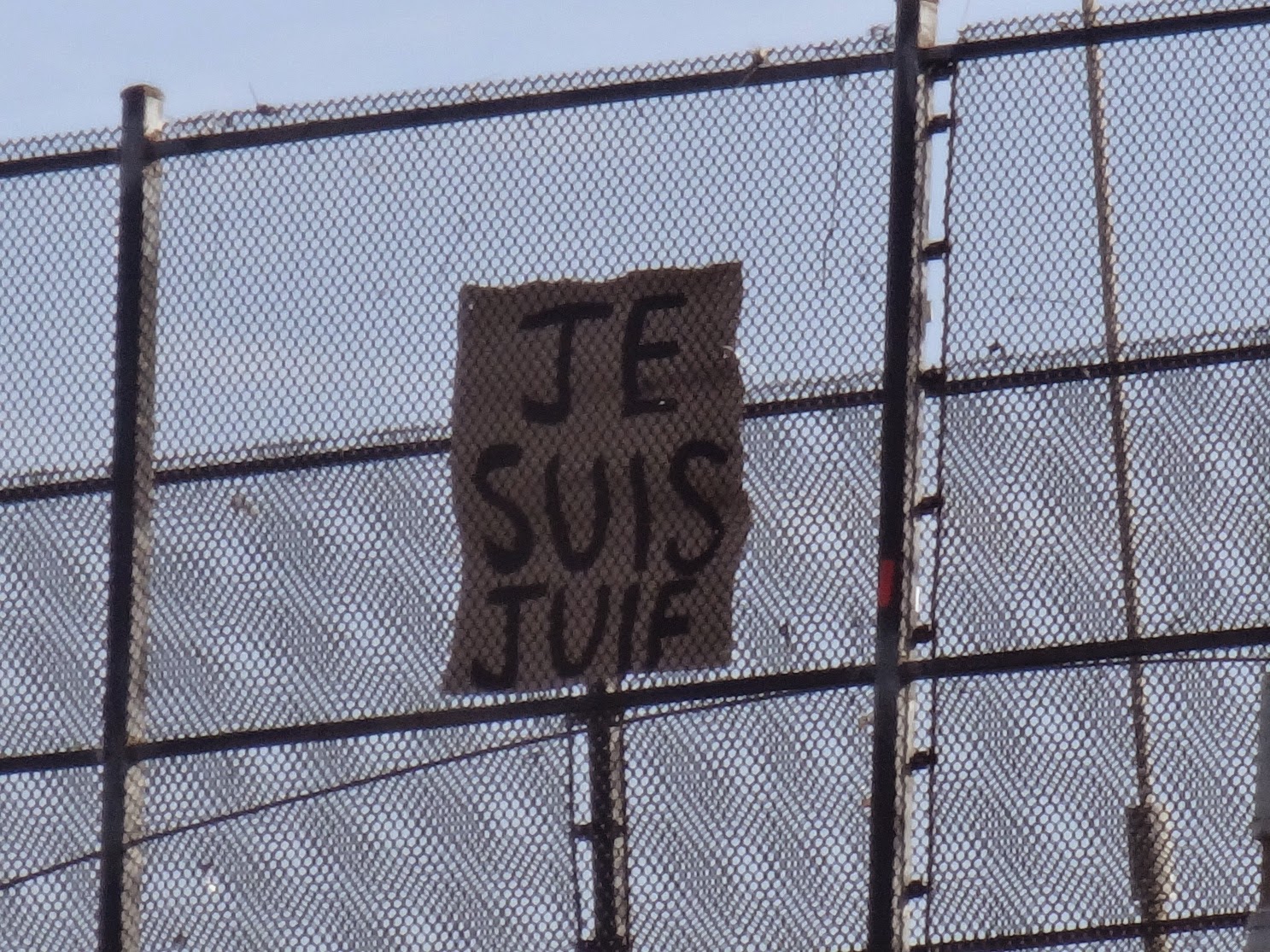 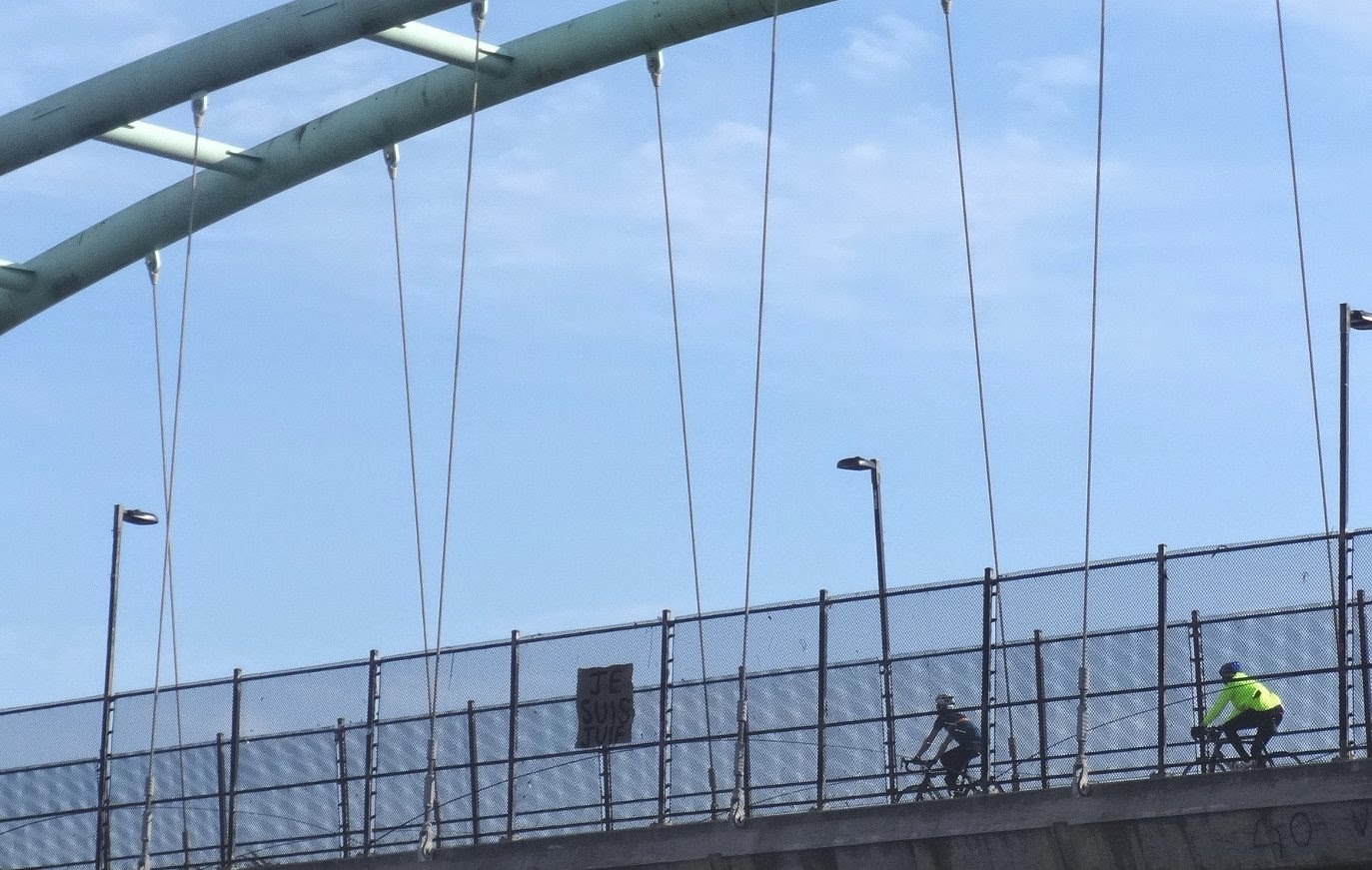 In 2013,  Jews were the targets of 40% of all hate crimes in France, although they only make up 0.7% of France's population. French Jews are making Aliyah in record numbers, leading French Prime Minister Manuel Valls to say "... if 100,000 Jews leave, France will no longer be France. The French Republic will be judged a failure."