In one day, over 28,000 people have watched New York City Councilman David Greenfield on youtube, calling out protesters for what he described as "Naked blind Anti-Semitism" after a resolution  recognizing the Holocaust was repeatedly disrupted.

No, an apology is not forthcoming from the protesters and their enablers. 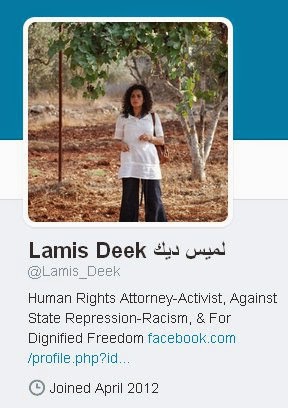 Lamis Deek is for "dignified freedom". But not for the Jews, apparently. 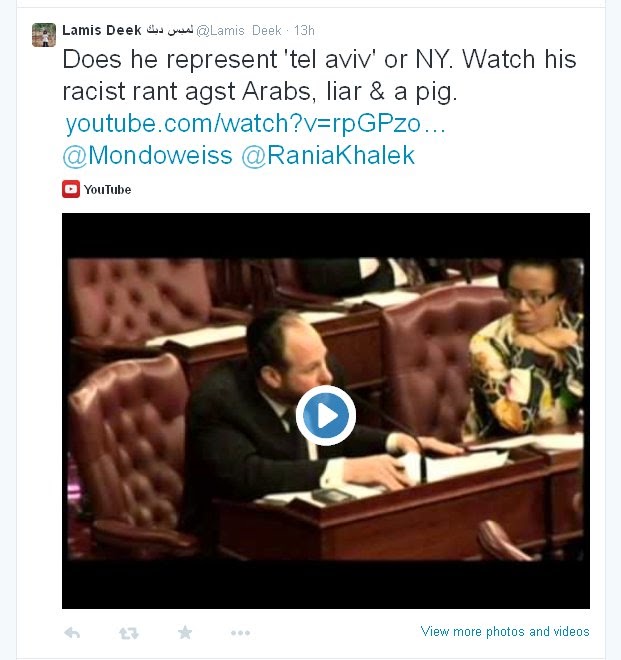 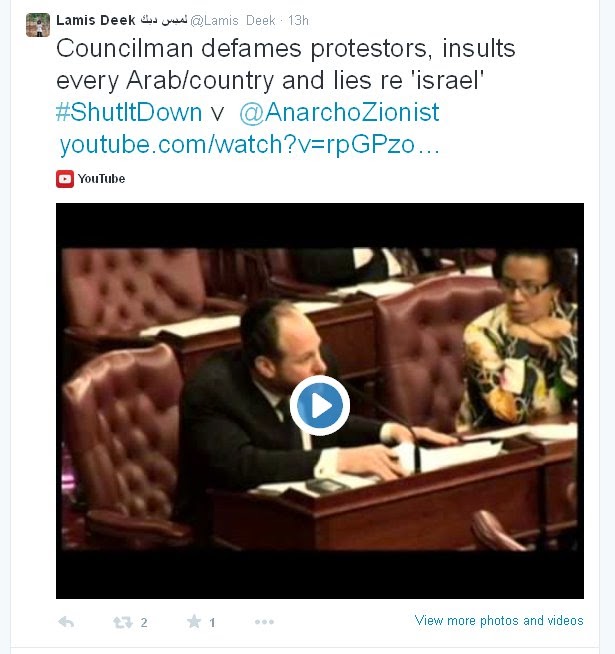 This so-called "human rights" attorney just called a New York City Councilman a "liar" and a "pig' because he expressed his dismay that  a  NYC Council's resolution on the Holocaust was disrupted. She evoked the classic  "dual loyalty" slander that is exclusively directed towards Jews. And she called him "racist" for standing up for political dissidents, Jehovah's witnesses, and gays who perished at Auschwitz .

Again, Lamis Deek has proven that  'When the debate is lost, slander becomes the tool of the loser.'
Posted by Dusty at 7:37 PM

It must not be overlooked that the National Lawyers Guild was founded in the 1930s as a legal arm of the Communist Party USA. To this day they jump on every issue that is designed to make the US look evil.

Lamis Deek is an ISM activist and conspired with Anna Baltzer (real name Piller) to claim that Deek lost two fetuses at a checkpoint due to Israeli abuse when she was pregnant. The story later changed to "Hessa, from Der Balut." Located in Sheepshead Bya, NY, she is a viruent antisemite.