Murdered  for being Jewish and living a Jewish life in France were Yoav Hattab, 21, Philippe Braham, in his 40s, Yohan Cohen, 22, and Francois-Michel Saada, in his 60s. May their memories be a blessing.

As authorities piece together the chain of events in the 7 hour siege there is at least one more story that needs to be known.

A employee of the Hyper Cacher market, a 24-year-old Muslim from Mali, Lassana Bathily was working in the store when the gunman came in. He used his inside knowledge of the store to hide customers fleeing the carnage. Up to 15 people hid in a downstairs freezer until the siege ended and they were able to safely emerge. 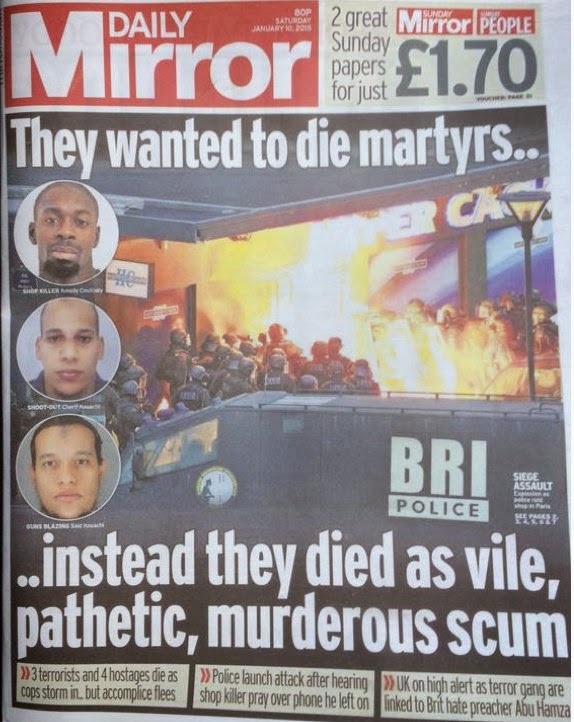 well so much for that filthy terrorist apologist hag greta berlin's theory about who pulled off that Paris terror job.