92-Year-Old Palestinian Woman in a Right-of-Return Demonstration: Palestinians Should Massacre the Jews Like We Massacred Them in Hebron

The Middle East Media Research Institute (MEMRI) explores the Middle East through the region’s media. MEMRI bridges the language gap which exists between the West and the Middle East, providing timely translations of Arabic, Persian, Urdu-Pashtu, and Turkish media, as well as original analysis of political, ideological, intellectual, social, cultural, and religious trends in the Middle East.

The latest clip from MEMRI:

Interviewer: Please tell us who you are.

Sara Jaber: I am from Hebron. The Jaber family.

Interviewer: What is your name?

Interviewer: How old are you?

Interviewer: What does this day mean to you? You have lived 63 years since the Nakba. You have experienced the entire Nakba…

Interviewer: Thank you very much. 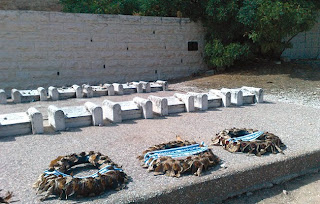 Graves of Jews massacred in Hebron in 1929, from from Love Never fails. 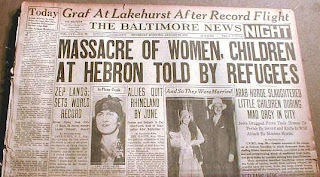