Code Pink and JVP standing side by side with anti-semites. Again

This  weekend 14,000 friends of Israel will gather in Washington DC for the annual AIPAC policy Conference.   And in response, Code Pink and their partners in slime will attempt to pull together a protest.

Disgusted by AIPAC's moves to bring us to war with Iran? Sick of seeing US tax dollars go to Israel while they commit human rights violations in Palestine? Inspired by all the BDS victories happening left and right? Then join us to protest AIPAC's conference in DC! 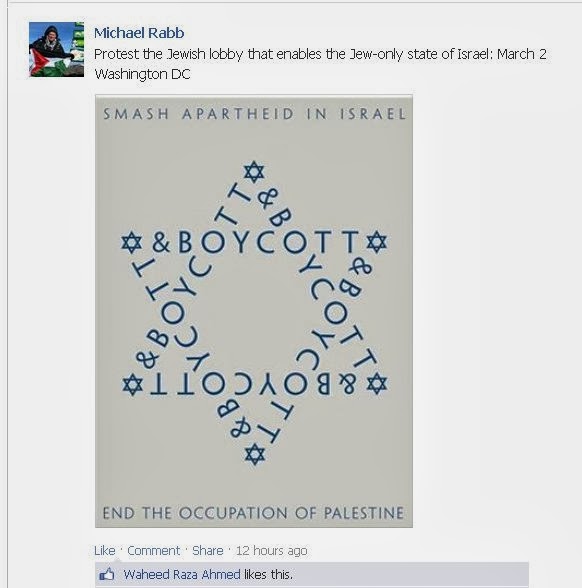 
Incidentally, Michael Rabb is a rabid anti Israel organizer. His fellow activists look away when he publicly declares his support for Gilad Atzmon  and willfully ignore his erudite comments  such as  "...the ultimate cause of the “problem” in Palestine is the Zionist Jewish project to establish a Jewish homeland (Jewish state) in Palestine for Jews, of the Jews by the Jews."  Michael Rabb endorses the usual lame brained conspiracy theories and has promoted the picketing of synagogues

Rather than being shunned by the Palestinian "peace" activists, instead Michael is embraced. His antisemitism  was conveniently ignored at the Organizing conference of the US Campaign to End the Israeli Occupation where he presented a divestment workshop. 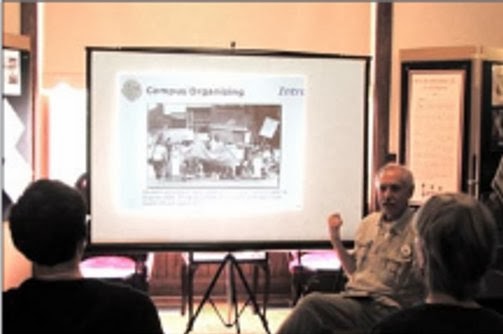 speaking of those terror coddling anti-Semitic BDSholes guess what video is public again on youtube!? http://www.youtube.com/watch?v=ZWFIm1TMmns#t=14