CAIR, the Council on American-Islamic Relations lists their "core principles" as follows:
They list these principles, but they do not live them.

Hussam Ayloush, the executive director of the Los Angles branch of CAIR has been taken to task for calling the brilliant and principled  Dr. Zuhdi Jasser an "Uncle Tom" and a "monkey" .  As of now, there has been no consequence for Ayloush's juvenile attack and clear violation of CAIR's, um  "core principles". 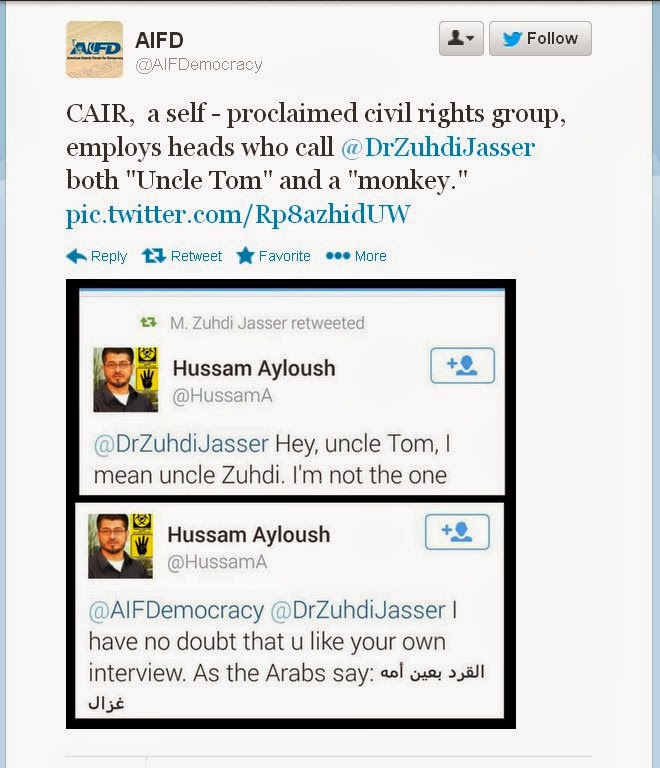 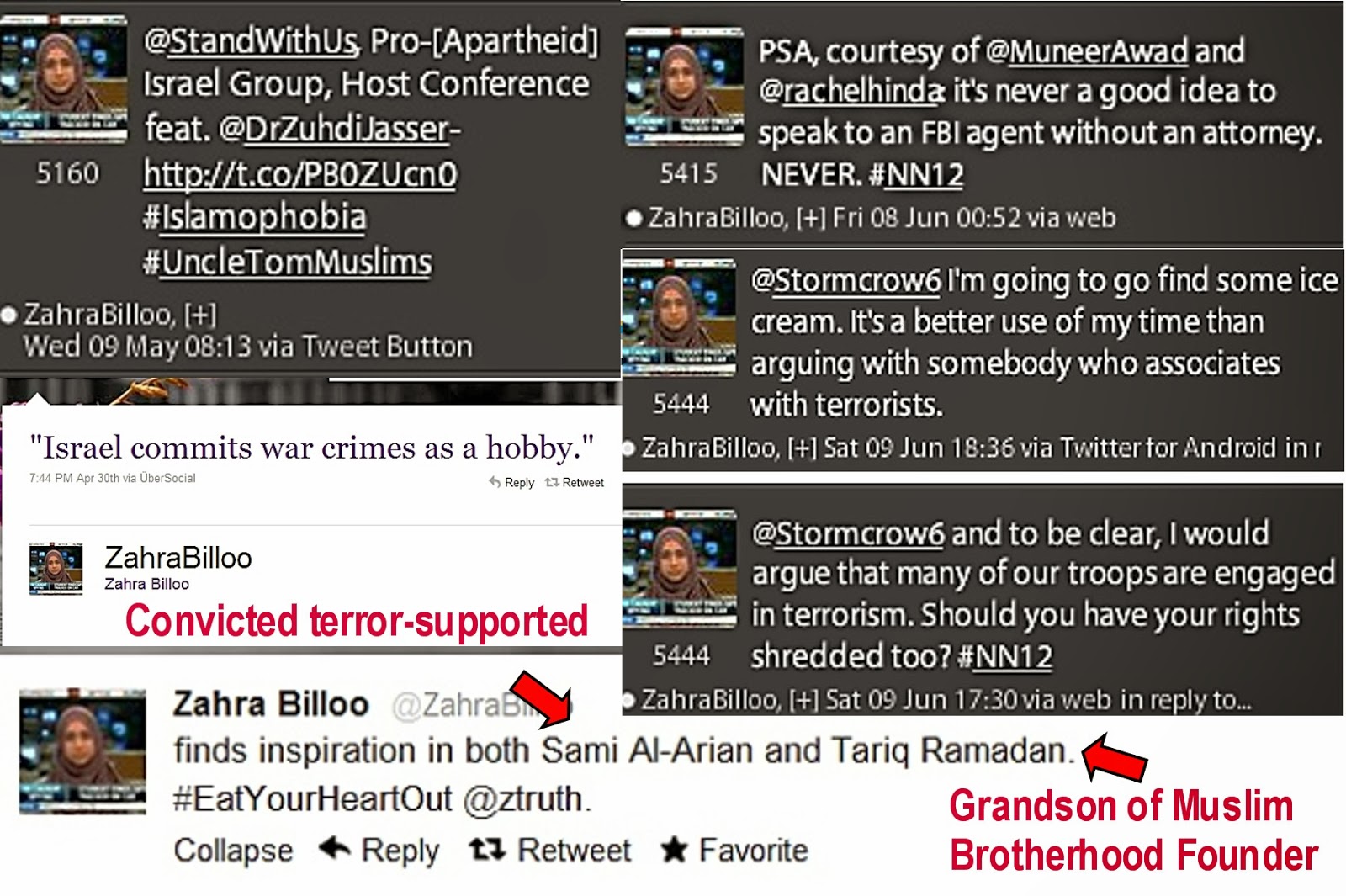 This latest revelation of CAIR's unbridled hypocrisy is not surprising .

From the Anti-Defamation League:

CAIR's credibility as a community relations agency promoting "justice and mutual understanding," however, is tainted. Founded by leaders of the Islamic Association for Palestine (IAP), a Hamas affiliated anti-Semitic propaganda organization, CAIR refused for many years to unequivocally condemn by name Hezbollah and Palestinian terror organizations, which the U.S. and international community have condemned and isolated.

On the fifth anniversary of the Madrid bombings in March 2009, CAIR condemned acts of terrorism by groups designated by the U.S. Department of State as a Foreign Terrorist Organizations, acknowledging that Hamas is on that list. The statement, however, did not represent a genuine break from CAIR's past because it did not address its own historical links to Hamas.

The statement also followed the Holy Land Foundation (HLF) trial, during which evidence was produced by the Federal prosecutors demonstrating that CAIR and its founders were part of a group set up by the Muslim Brotherhood to support Hamas. The trial ended with guilty verdicts on all charges against HLF and five of its officers. In May 2009, they were sentenced to between 15 and 65 years in prison, including 65 years for Ghassan Elashi, the founder of CAIR's Dallas chapter

Ayloush is a bully. Here is an update on what he has been doing lately in SoCal.