While the Berkeley love children are busy vandalizing grocery store hummus and convincing themselves that BDS is unstoppable, Israeli Prime Minister Binyamin Netanyahu will be in California, signing an economic cooperation pledge with California governor Jerry Brown.

To all the BDS holes out there- How does it feel to be irrelevant? 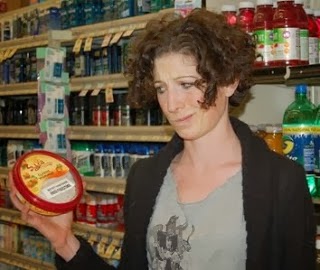 During the visit to Silicon Valley, Netanyahu and Governor of California Jerry Brown will sign a strategic cooperation agreement to promote economic relations. The agreement aims to expand and strengthen cultural, academic, and economic ties, as well as promote innovation, with an emphasis on water conservation, alternative energy, cyber defense, biotechnology, health, agritech, and higher education.

The agreement will give Israeli companies access to California's Innovation Hub (iHub) program, which consists of 16 clusters of R&D groups, technology incubators, universities and laboratories, economic development organizations, business groups, and venture capital funds. Israel is the third country that will benefit from this kind of cooperation, but Israel's agreement will include unique items for planned cooperation with California.

Netanyahu is scheduled to meet the heads of high-tech companies in Silicon Valley, including WhatsApp founder Jan Koum and executives of Apple, Sequoia Capital, Flextronics, LinkedIn, eBay, and other companies. The purpose of the talks is to open collaborations between these companies and entities in Israel.