Its low, even by Code Pink's  already subterranean standards. Its also quite revealing.

Code Pink has dozens of "Sample tweets" listed on their website, in an attempt  to hijack the AIPAC national conference twitter feed.  But they just couldn't rely on their flighty activists leave anything to chance.

Instead,  a variety of egg avatar accounts and twerps for hire appear to have been enlisted to the task.

Brand new profiles, following no one and with no followers are now tweeting Code Pinks regurgitated talking points.

Other profiles have taken a break from their usual "work" of promoting personal injury attorneys, hack tools, universal life insurance and essays for hire to spam the AIPAC14 twitter feed.

Its like watching a train wreck.  It might very well be a jump the shark moment for Code Pink.

Meet some of Code Pink's new "employee/ activists".  Nguyen Van Tanh  and Sudeep Gupta couldn't even be bothered to create a real avatar for the task. 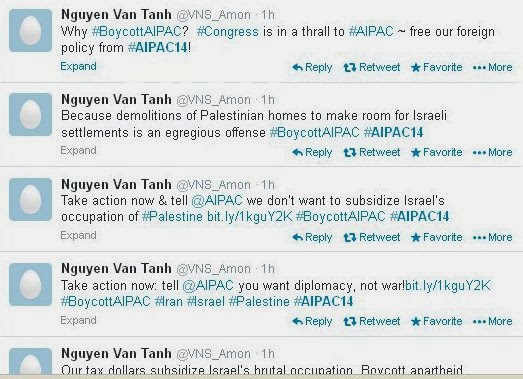 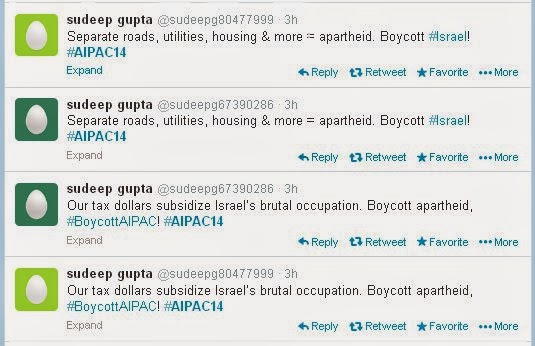 Lovemae at least pretended, as "she" worked her way through the Code Pink list. Give this bot an "A" for effort. 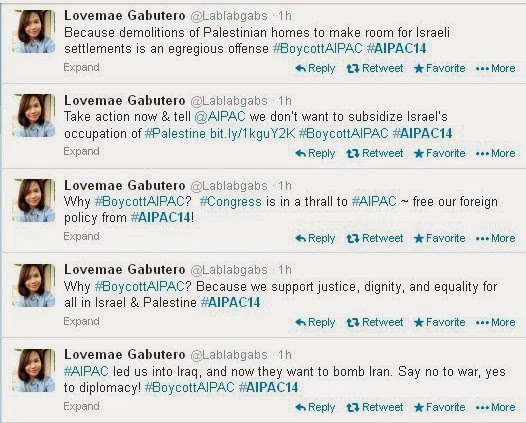 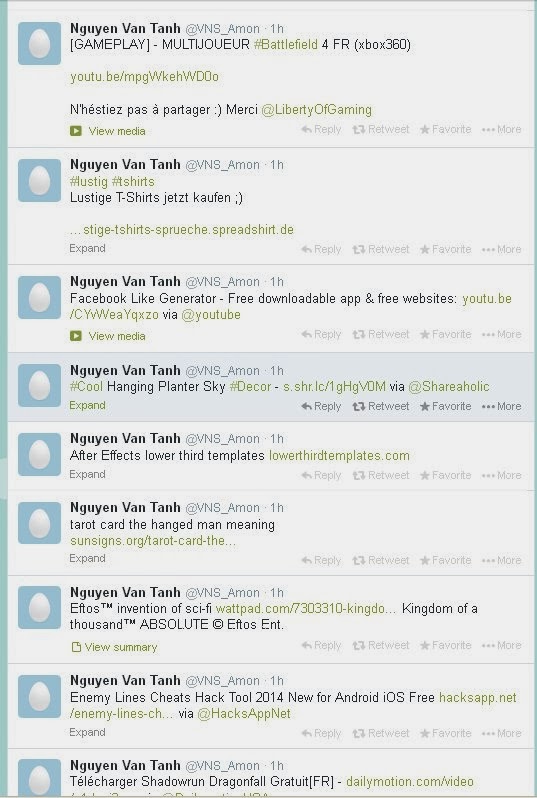 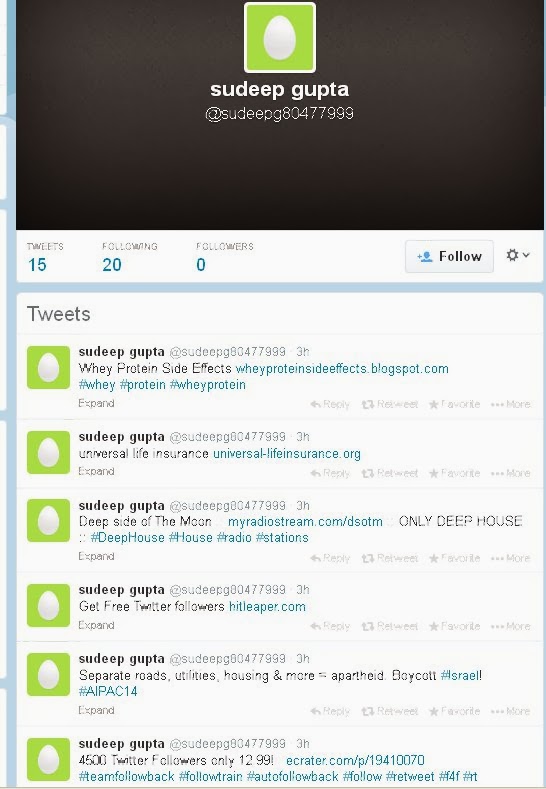 Lovemae is much more experienced and sophisticated. She can spam in a multitude of languages, but clearly her first love is activism. And electronic test equipment. 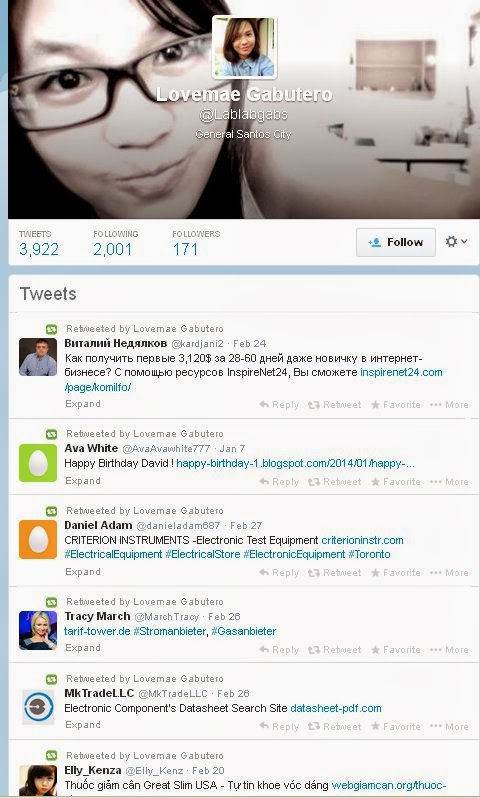 Imagine the thought process that went into the decision to hire spammers. Imagine a "grassroots" activist group with more money than activists.  Imagine a group so desperate to drown out 14,000 American voices that this is the best they could come up with.  Imagine a group with such low moral standards they'd stoop to this level.

Yeah, thats Code Pink for you.