The mural was completed  by Elisio Art Silva in 1998,  and is titled, ”A shenere un besere velt,” a Yiddish phrase meaning, “A more beautiful and better world.  It is filled with cultural, religious and historical imagery and contains the Hebrew biblical quote, "Justice justice shalt thou pursue."

Photos obtained by the Journal on Thursday morning  show the graffiti spaning nearly the entire length of the building, which  measures 60-feet-long and 15-feet-high. 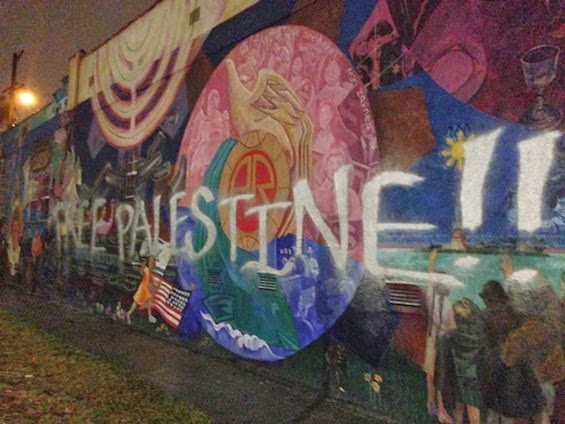 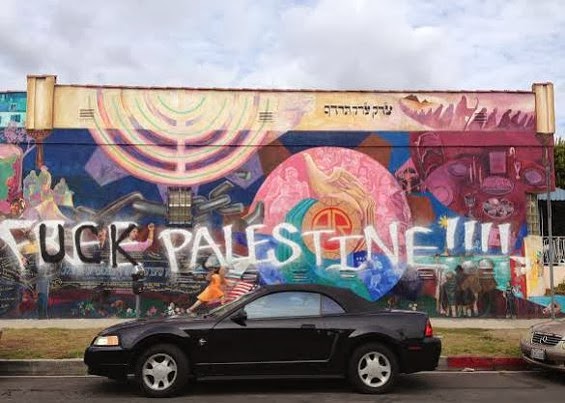 Security cameras at the Chabad center, located across the street from theWorkmen’s Circle building captured footage of the two separate incidents. The culprits have not yet been identified.
Posted by Dusty at 8:54 PM