Palestinian Civil Society appears to have looked BDS right in the eye, and rejected it.  How long will it take for the anti-Israel advocates to catch on?


Last month, BDS (Boycott, Divest, Sanction) activists slammed Palestinian Authority chief Mahmoud Abbas for not joining in with them to boycott Israel – and on Monday, the PA revealed just how uninvolved it was in the BDS movement. According to a PA report, 70% of the PA's imports were from Israel, with imports worth $3.5 billion entering the Authority from Israel.

According to the merchants, PA consumers prefer Israeli goods because they believe they are higher quality than cheaper local products or products from Arab countries. Israeli-made products are popularly priced, and consumers believe they get good value for money when they buy “blue and white.”

In an interview with the PA daily newspaper Al-Quds, Salah Haniyeh, director of the PA's Consumer Protection Authority, said that PA residents were not big savers.

“The spending by Palestinians is the main reason for the Authority's negative balance of payments,” he said. While the PA economy would be greatly improved if Palestinians bought local products, he said he understood their reluctance to do so, as PA-made products are generally not well-made.


For many years, the construction equipment company Caterpillar was the object of the BDS holes wrath. But Palestinian civil society has spoken, and has firmly rejected the Caterpillar boycott. The Ramallah dealership is thriving 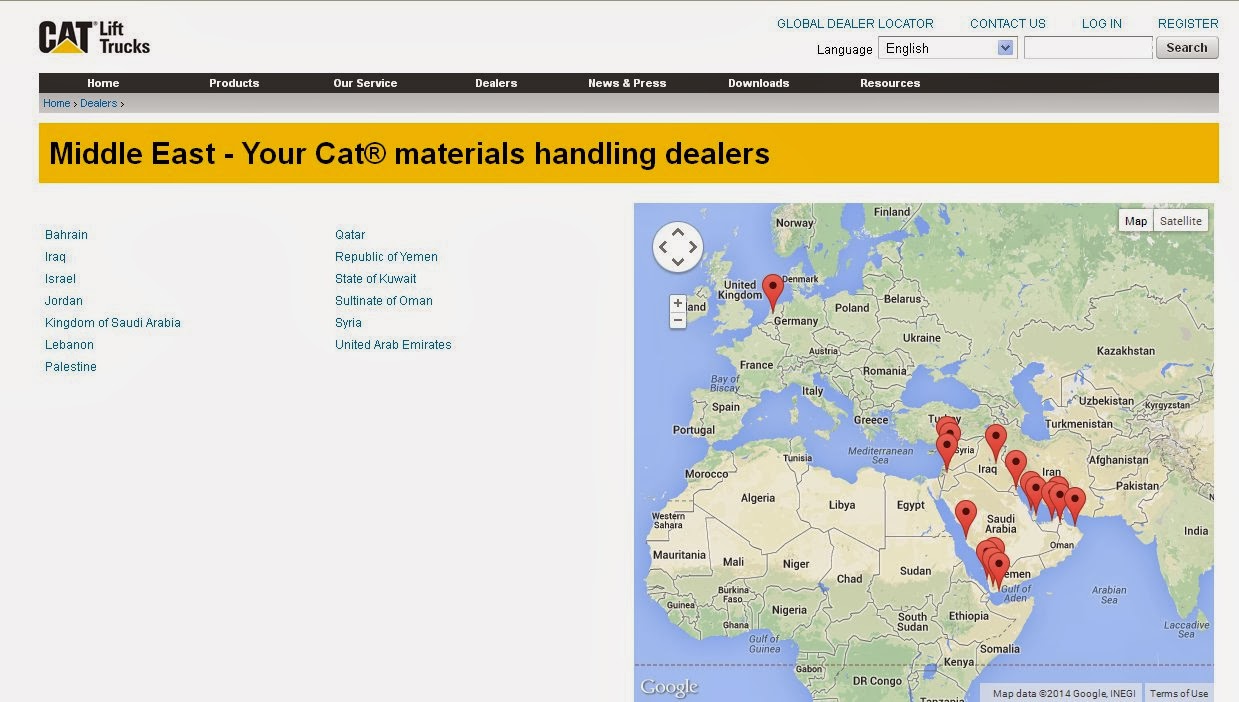 The Palestinians love their Caterpillars so much, they have celebrations for them

When BDS rears it ugly face at your church or your university, demanding you divest from Caterpillar, ask them:  "If the Palestinians haven't divested from Caterpillar why should I?"

An article in the Commentator, written  by Nick Gray touches on this phenomenon:

Though they will deny it, their actions speak louder: BDS campaigners simply do not care about the circumstances, hopes and dreams of ordinary Palestinians

The curious case of SOS – Scarlet, Oxfam and Sodastream – has enabled us to hear something almost totally inaudible most of the time – the voice of ordinary Palestinians. And what they are saying doesn't quite match the much louder voice of boycott campaign groups, one of which it seems Oxfam has become.

Instead of backing international NGO calls for a boycott of settlement goods, workers at the Sodastream factory in the West Bank have come out overwhelmingly in favour of Scarlet Johannsen’s opposition to BDS. So why are ordinary Palestinians at odds with the groups that claim to support them?

One of the biggest traps of the whole international BDS campaign is that it depersonalises the lives of ordinary people, both Israelis and Palestinians. The campaigners, including Christian NGOs and churches, simply do not care about the circumstances, hopes and dreams of ordinary people.