Three days Without Water: Anatomy of a Water Libel

Anatomy of a Water Libel


According to an article in Haaretz,  several communities - Ras Hamis, Ras Shehada and Hashalom have not had water for 3 days.


Water is supplied to the area by Jerusalem’s water utility – Hagihon. The water systems were designed many years ago and are not adequate for the needs of the population, which has grown significantly in recent years

In addition, the vast majority of the buildings in the area were built without permits and the residents are not registered as customers of Hagihon.

Hagihon work crews, like other Israeli authorities, do not often venture to the other side of the separation fence, due to security and coordination issues. And so, every year, particularly in summer, the residents have to endure repeated disruptions of the water supply.

Reasons are given for this lack of service- security, crumbling infrastructure, and the salient fact that those demanding service have built illegally, and are not registered customers.

The Haaretz article details the response from  the Hagihon


“Water from Hagihon is flowing as usual to the neighborhoods on the other side of the separation fence (Shoafat, Hashalom and Ras Hamis), but the water infrastructure and sewer and drainage systems in the neighborhoods are not adequate for the size of the population living there and extensive development work is needed to bring the infrastructure up to par."

The company added that "most of the population in these neighborhoods (tens of thousands of people) are not registered customers of Hagihon but still receive a continuous water supply, out of humanitarian concerns, at a cost of more than NIS 10 million per year, paid for by Hagihon.

"Hagihon has warned the Water Authority many times of the urgent need to regularize the funding of the water supply and the improvement and maintenance of the infrastructure in the medium and long term, but the matter has yet to be addressed.”


These inconvenient details have been left out of various  anti-Israel publications in an effort to perpetuate the eternal victimhood of the Palestinians who can never be asked to bear responsibility for what fates befall them. Its another example of whats been called "the water libel".

Agitprop site Middle East Monitor spins the story with a headline that screams  "Israel cuts off water supply to 45,000 Palestinians"

Middle East Monitor ascribes political motivation to the act, and in keeping with their long standing commitment to accuracy, illustrates the article with a 2009 photo of a woman from Gaza 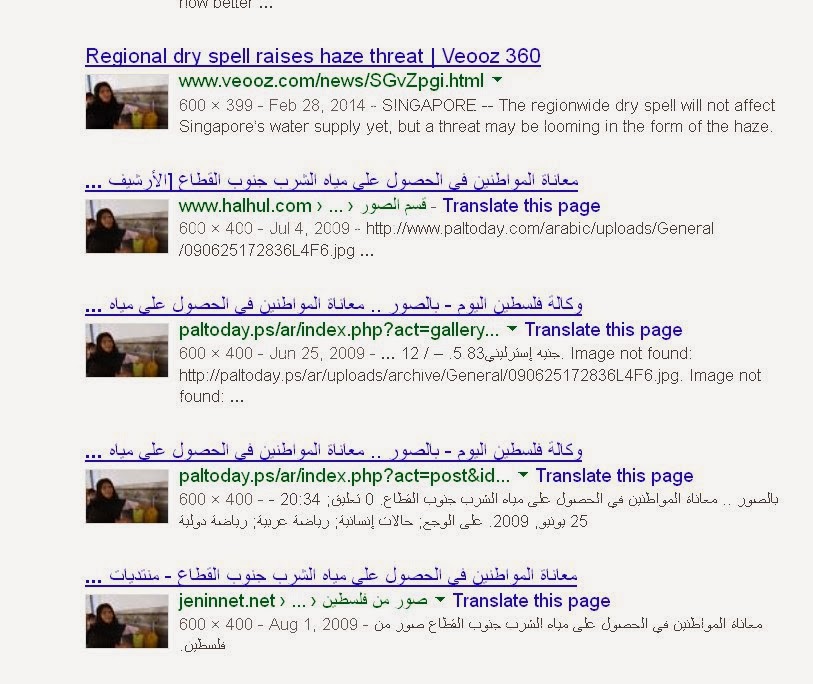 Expect more water libel in the coming weeks. Israeli water companies are the next target on the BDS short list.

I think Israel gives the "west-bankers" more water than Jordan does.