Race-baiting. Could this possibly be a new low for extremist Jewish Voice for Peace? 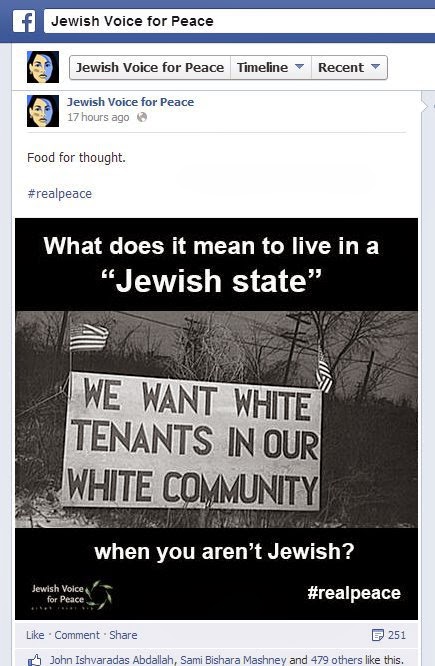 A bit of background on JVP's declared intention, via NGO Monitor:

Jewish Voice for Peace (JVP) is a U.S.-based organization, which views itself as the “Jewish wing” of the Palestinian solidarity movement.  Though JVP regards the organized Jewish community as its “enemy” and “opponent,” it nonetheless demands a seat at the communal table.  The strategy, as stated by JVP’s executive director Rebecca Vilkomerson, is to create “a wedge” within the American Jewish community to generate the impression of polarization over Israel.  The tactic is to dilute support for Israel in the Jewish community, toward the goal of reducing or eliminating the United States government’s economic, military, and political support for Israel. 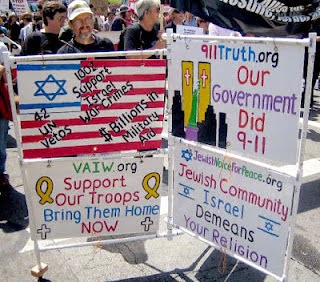 They provide cover for the anti-Semites who chant "Zionist Scum your time has come" at JVP sponsored events.

They conspire to silence points of view that dispute their limited vision.

They promote events with anti-Semites

They bastardize and belittle  traditional Jewish rituals and practices 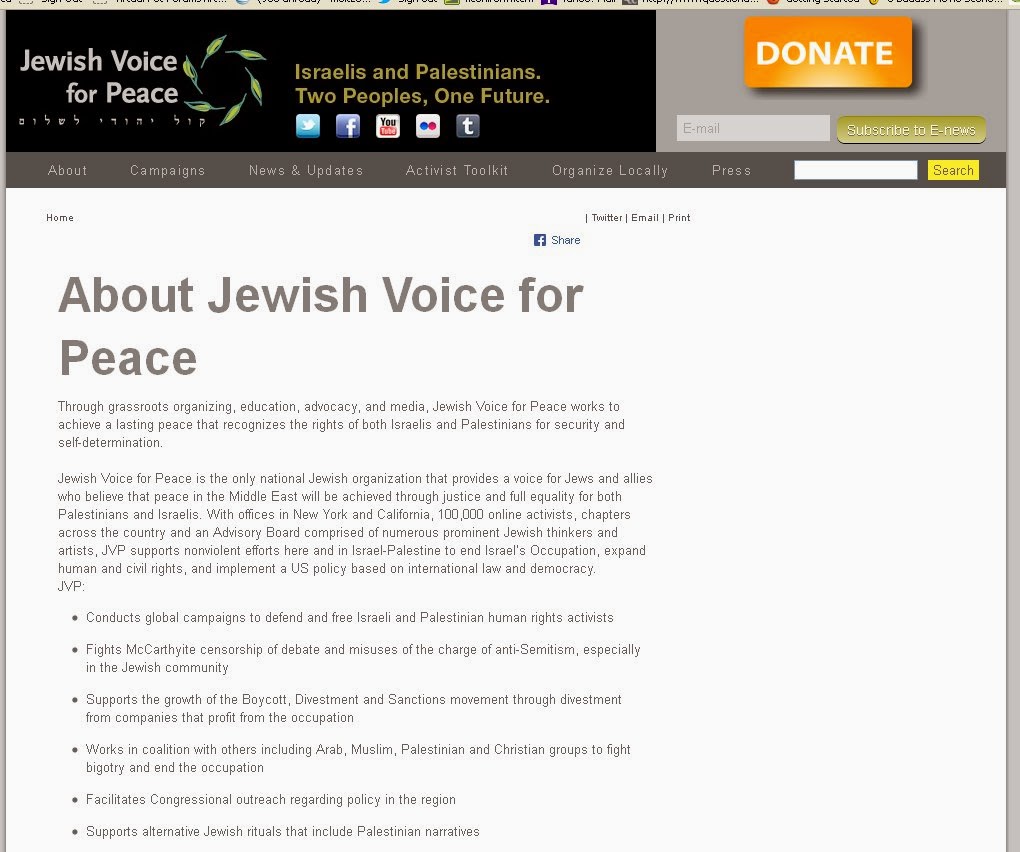 I saw all I need to see of JVP when three of them came to speak at UC Irvine a couple of years ago. Rachel Roberts (who shouted at me), Estee Chandler (a washed-up b-movie actress who had to read her speech from her laptop) and Matan Cohen, who by his own description is an Israeli student and anarchist-some resume).

They are anarchists who do not believe in free speech for pro-Israel people.