Dave Zirin's story at the Nation didn't ring true. It didn't check out on any level. And now we know why. An expose printed this evening on  the Elder of Ziyon blog has shown the tremendous strength of citizen journalists and their role in keeping the mainstream media accountable.  We should all be deeply indebted to both the formidable Elder and his friend Bob Knot for their role in exposing Dave Zirin's lies.

Must read at the Elder of Ziyon.  The lies about the "Palestinian footballers"

Bob Knot in the comments has a tour de force of investigative journalism that destroys the recent libel claiming that Israeli troops fired on the feet of "Palestinian football players" and exposes the people using that incident to disqualify Israel from FIFA as liars...
The Nation, Mondoweiss, and others based their libel and calls for FIFA to kick out Israel on the latest Ma’an article because racism and violence have no place in football. Thumbs up for that, Israelis believe the same; let’s find out more about these two young, innocent, “footballers”, their club, and what does their “training” entail? 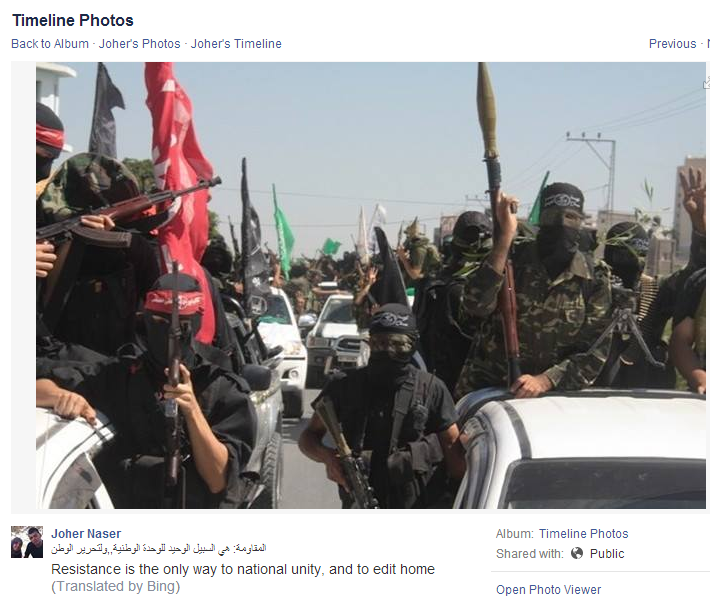 Right now. Go to the Elder of Ziyon's website.
Read the expose that blows Dave Zirin's column out of the water. Remember: Dave Zirin is a "journalist". He gets paid for his sloppy writing and his even sloppier research.
Then click on the donation button in the top right column.of the Elder's website.

This is precisely why people blog.  Social media allows us to bypass the gatekeepers of the mainstream media.  Bloggers help get the truth out.

Help the Elder go from strength to strength.

I am missing something here. If they were throwing bombs at IDF soldiers why are they not in custody? It appears they are free.

I don't get it either. Is there the Israeli equivalent of bail, perhaps?

It's an important part of the story. I can't seem to find any updates on their status.