In response to inquiries regarding the removal of SJP, its clear that the mock "eviction notices" were not an isolated event, and rather were yet another in a series of SJP actions that poisoned the campus climate at Northeastern University.

"I am responding to your recent communication about Students for Justice in Palestine at Northeastern University.

The suspension of SJP was handed down only after a careful and thorough review of the facts. Despite repeated efforts by university officials to work with the leadership of SJP, the organization has repeatedly shown a disregard for university policies over an extended period of time. Contrary to assertions from some parties, SJP leaders have not been banned permanently from participation, and the organization has had many opportunities to discuss its conduct with university officials. Further, reports that expulsion procedures have been initiated against students affiliated with SJP are false.

The issue here is not one of free speech or the exchange of disparate ideas. Instead, it is about holding every member of our community to the same standards, and addressing SJP’S non-compliance with longstanding policies to which all student organizations at Northeastern are required to adhere.

I hope this reply is helpful and sheds light on the relevant facts.


Does anyone still think SJP is a "peace" group?  From the Northeastern SJP Instagram page: 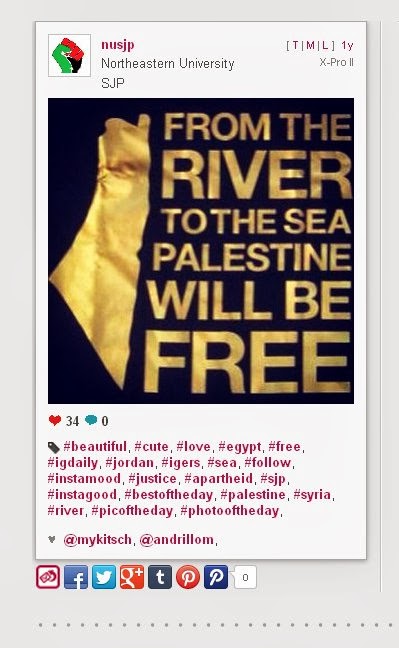 The website Americans for Peace and Tolerance has been keeping score of the Northeastern chapter of   SJP's transgressions, as well as other anti-Israel and anti-Semitic activities on campus over the years.
Check it out here

UPDATE:
Via the Blog Legal Insurrection
The list of  violations and disregard for University policies that lead to the suspension of SJP 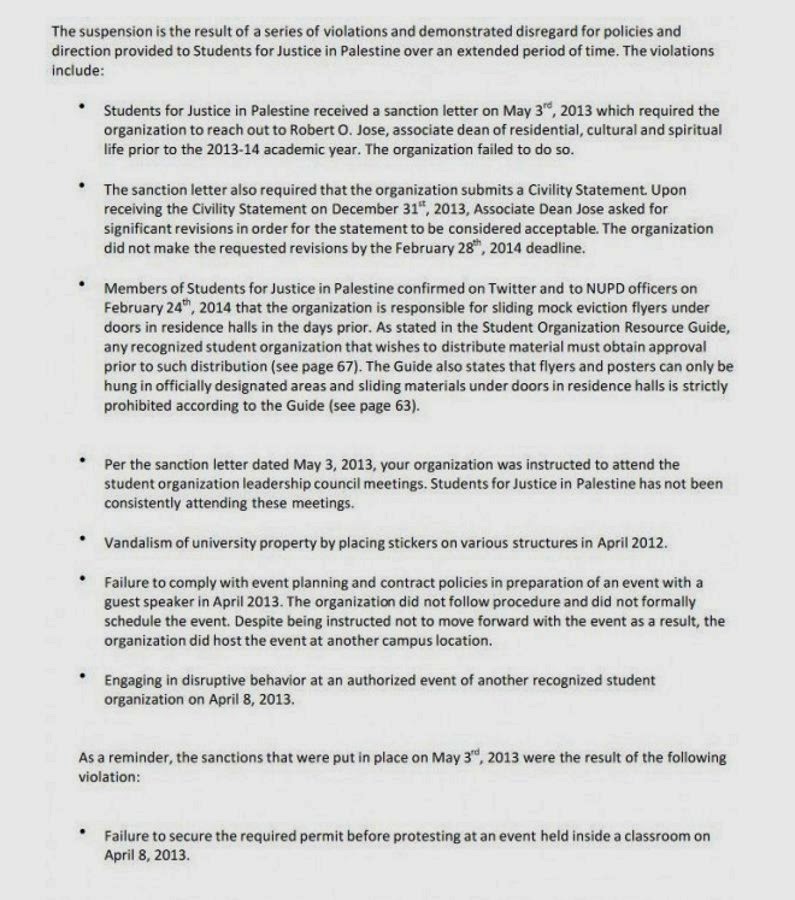 if they are guilty of what is stated in the letter, why arent they permanently banned from further campus activities?

100 strikes and your kinda out?

FROM THE RIVER TO THE SEA
PAL-E-SWINE WILL NEVER BE!