Habima at the Globe. Another BDS fail

The Habima Theater Company, with its team of Arab and Jewish actors is precisely the sort of institution we'd expect the progressive community to support. But, no, anything or anyone from Israel is treated as though its the harbinger of the Zombie Apocalypse or the equivalent of a modern day leper. Its "demonization" - part of the "3D's" of anti-semitism.

And they just hate it when the real progressives fight back- when those who value democracy, diversity and plurality take to the streets in support of the most progressive nation in the Middle east.

Here's some great photos from our friends in the UK, who gathered by the Globe Theatre in support of Habima 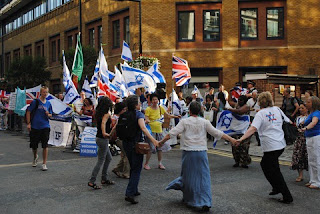 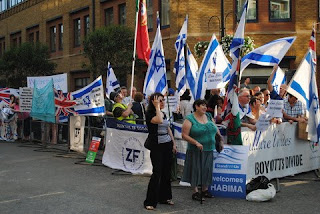 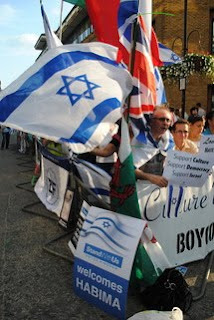 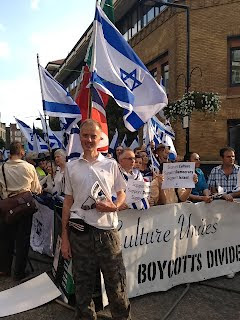 When the dust settled today at the Globe theater in London, we had 2 sold out shows. We had a brilliant, critically acclaimed performance of "The Merchant of Venice". We had an extended standing ovation, and an appreciative audience. We had a handful of haters, both inside and out who proved themselves irrelevant. We also had “I do not consider myself an anti-Semite, yet I can also understand why some are” Ben White tweeting as fast as his little fingers could manage in an effort to "win" the social media game.

Today at the Globe was an overwhelming victory for the forces of light- for those who feel that culture should provide a bridge between people, and was yet another "BDS fail" for those opposed to tolerance and co-existence 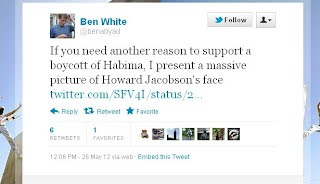 Juvenile, Ben. And damned close to anti-Semitism
Posted by Dusty at 8:15 PM