You got to be taught to hate: the littlest jihadi in San Francisco

Why would parents do this to  their child? 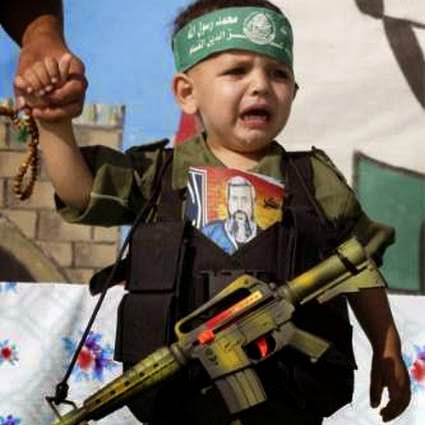 What kind of society would sanction this? 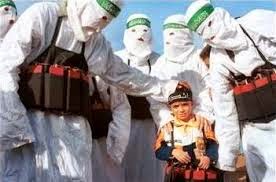 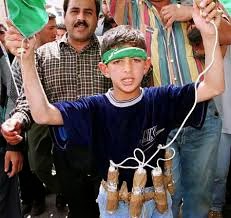 Its child abuse, plain and simple.

But these photos are from the Palestinian territories, thousands of miles away.  Some people have tried to excuse  and rationalize them away using  "cultural differences" as a smokescreen .

From an anti-Israel rally in San Francisco, July 26, held at Justin Herman plaza.  A young child desecrates an Israeli flag that had been stolen earlier from a pro-Israel rally

More shocking is the 20 second video clip of an adult egging this child on.

From  the Elder of Ziyon  who has captioned this "Peace, love, flowers, progressiveness, child abuse and unbridled hate."

From the musical South Pacific


UPDATE:
To the adult shamelessly exploiting this child while saying "Stop taking pictures of an underage child" , I present to you, courtesy of the ACLU

When in public spaces where you are lawfully present you have the right to photograph anything that is in plain view.