Several months ago, Berkeley's beloved Rabbi Menachem Creditor of Congregation Netivot Shalom had a run-in with  "Jewish" anti-Israel protesters. Rather than give in to bitter hatred, it simply strengthened  his resolve to continue the fight for our land and our people. 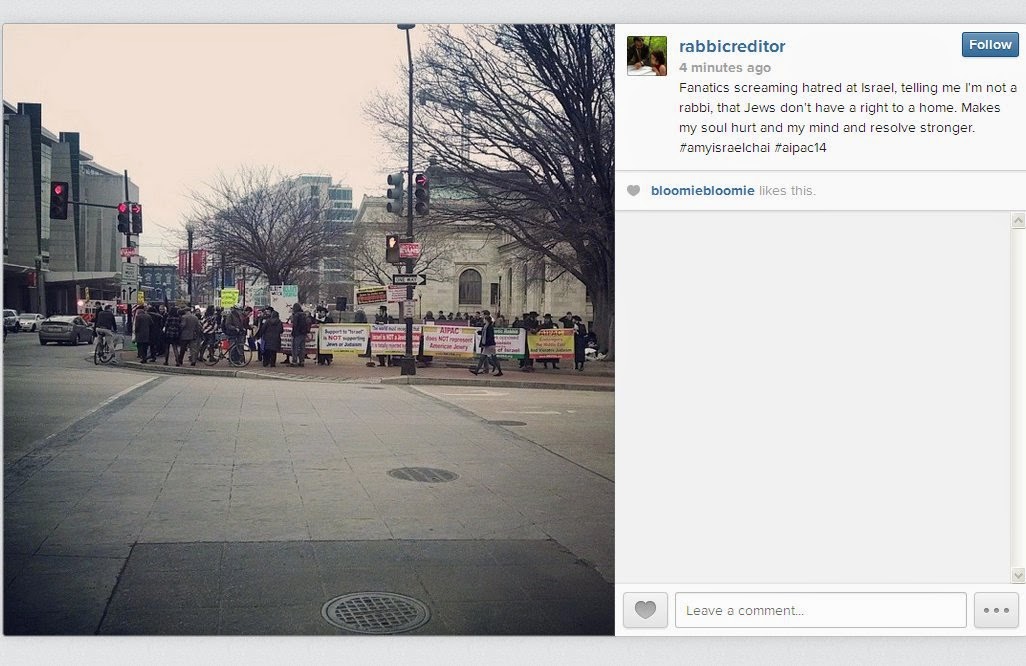 
To those who suggest that Prime Minister Netanyahu is over-reacting to the missiles, I offer this response which I have now shared regularly at campus and communal conversations:

Israel is treating wounded Palestinians during this conflict, risking Israeli lives in surgical strikes to destroy weapons-smuggling tunnels created with building materials Israel allowed into Gaza for infrastructure projects to benefit Palestinian society. Just for a moment, consider the deaths that would result from Israel wishing harm on Palestinian civilians. In just the last 48 hours, Israel has allowed over 10 tons of goods into Gaza. During the past weeks, Israel has agreed to two humanitarian cease-fires. In the first hours of those ceasefires, Hamas rained down over 70 missiles onto Israel civilians.

My response has changed these last few weeks, in which three Jewish teens were murdered by Arab terrorists and Palestinians celebrated by distributing sweets to children and an Arab teen was murdered by Jewish terrorists and the Jewish world condemned the hatred. I am done trying to apologetically explain Jewish morality. I am done apologizing for my own Jewish existence.

Some will call this needless hyperbole. But, having watched in this last week anti-Semitic "die-ins" in Boston, violent assaults against Jews in Los Angeles and Antwerp, and an almost pogrom at a synagogue in Paris, I'm done mincing my own words.

We will do what we must to protect our people. We have that right. We are not less deserving of life and quiet than anyone else.

YASHER KOAH for your brave words. I'm shocked the HuffPo did publish anything that was pro-Israel. Usually they support the yellow Journalism it is well known for. I am also proud that someone in Bezerkley has the gumption to stand up for Israel and for humanity instead of caving in as so many did prior to you. May HaShem guide and protect you. Never AGAIN!