A beautiful multi-generational crowd gathered in San Francisco's Justin Herman Plaza today for a noon solidarity with Israel rally. While the Israel supporters sang songs of Peace, young jihadis in the plaza chanted for endless war and for Intifada 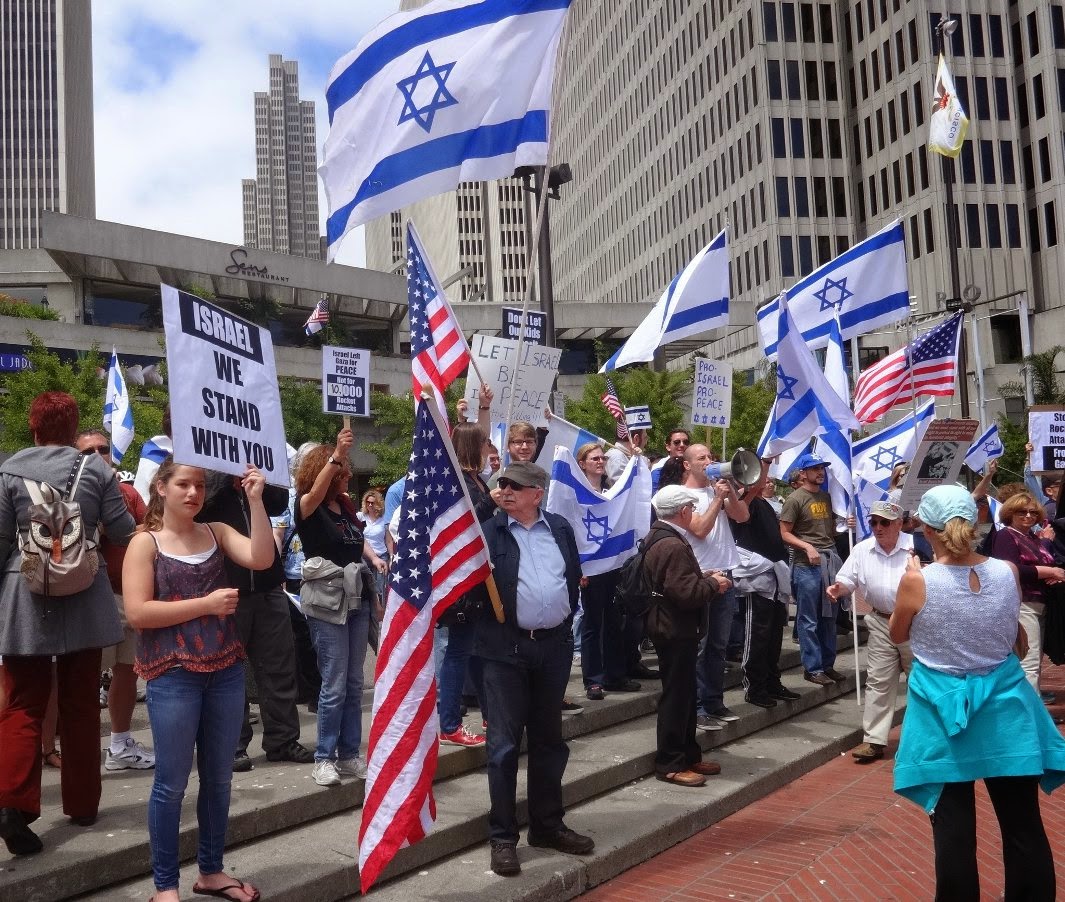 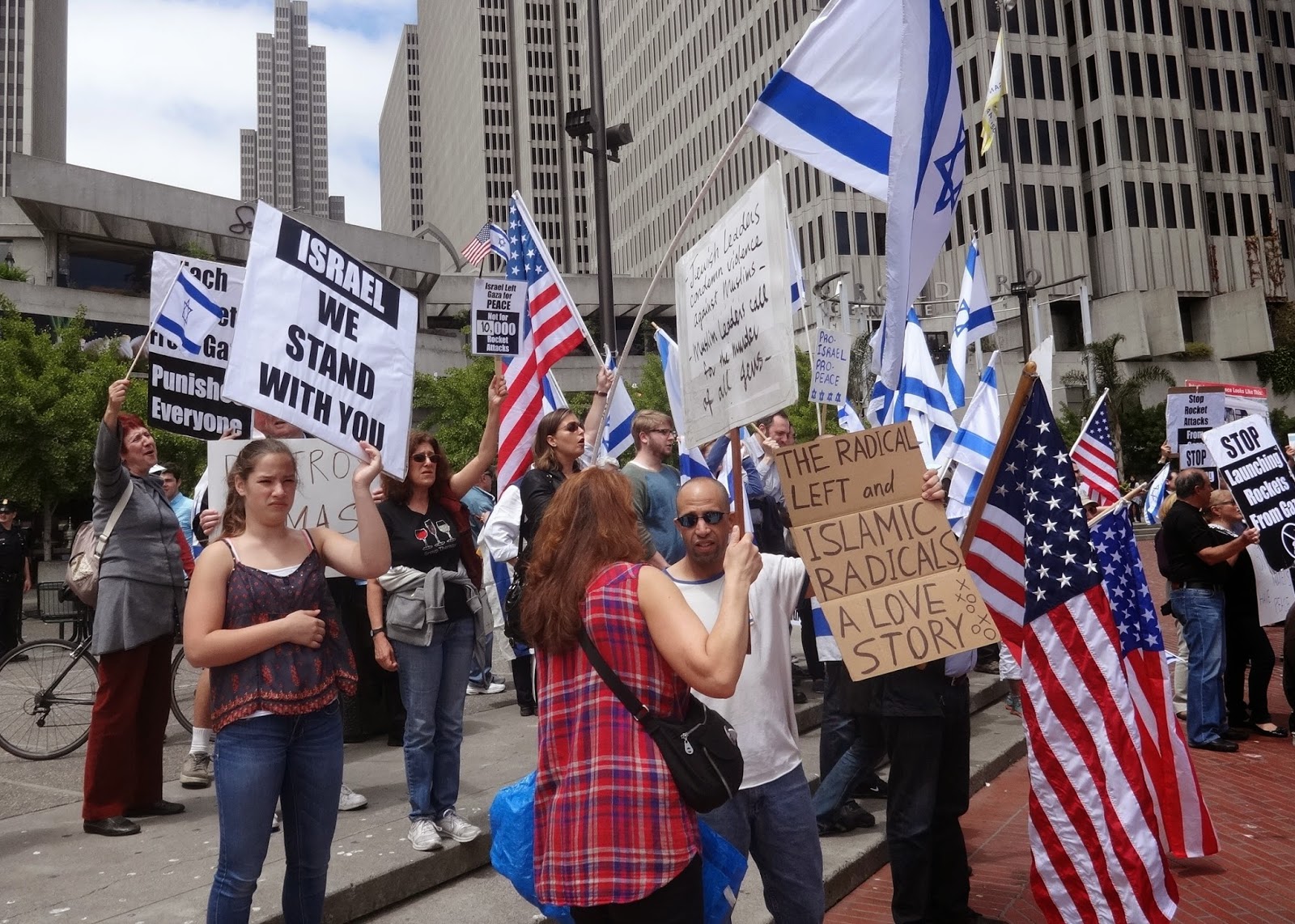 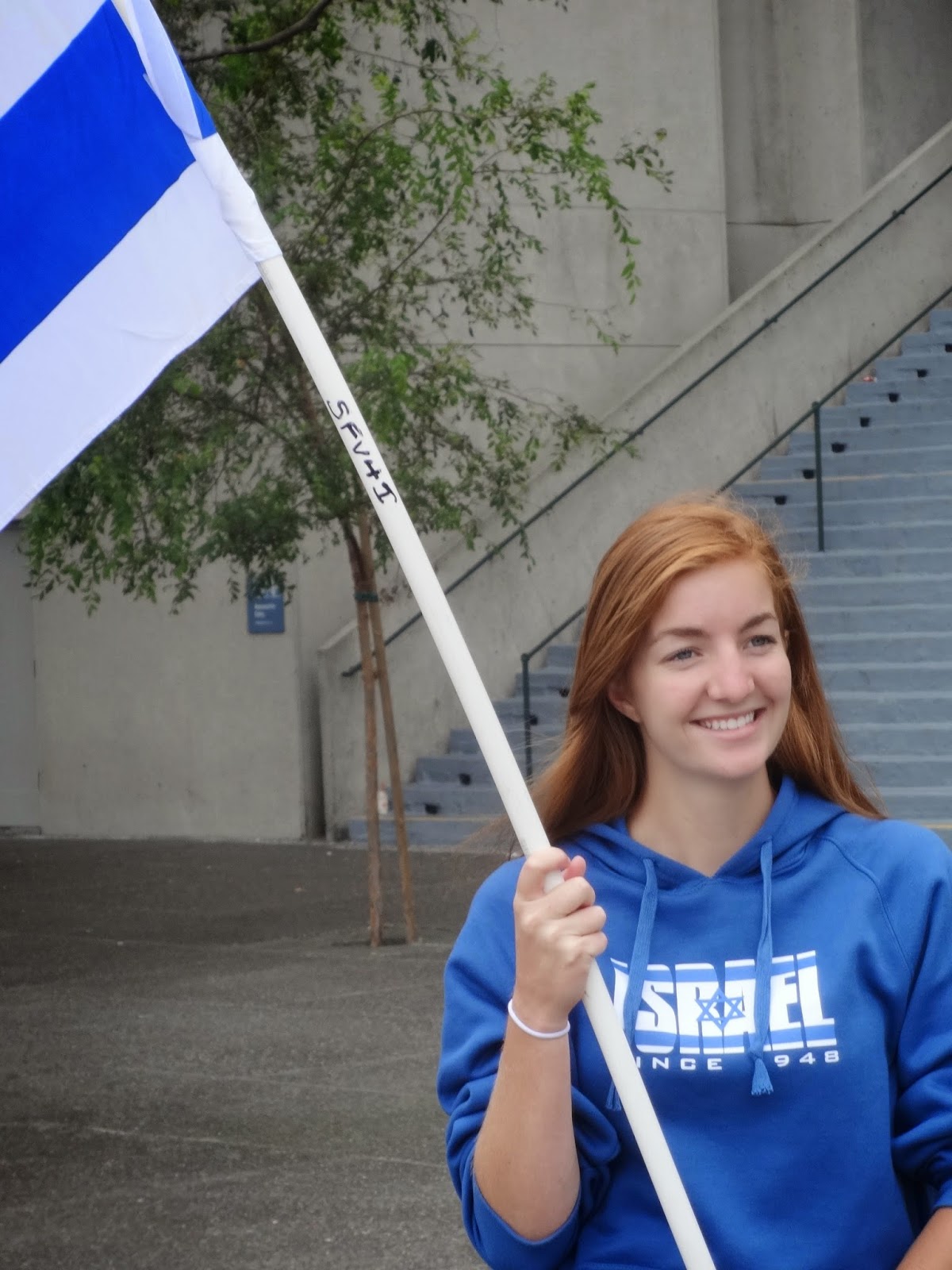 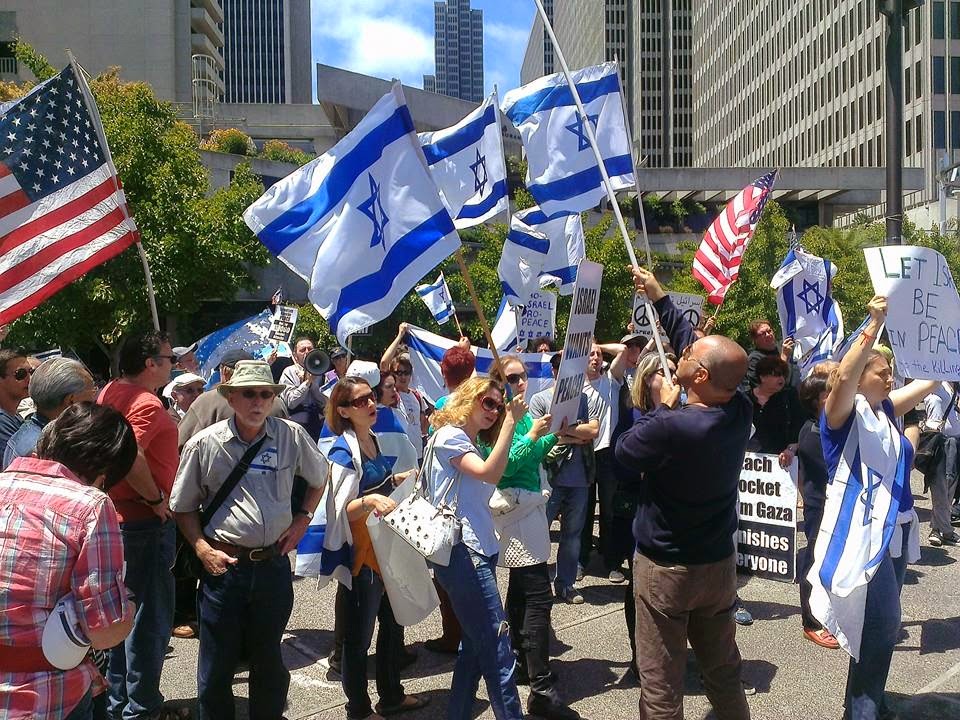 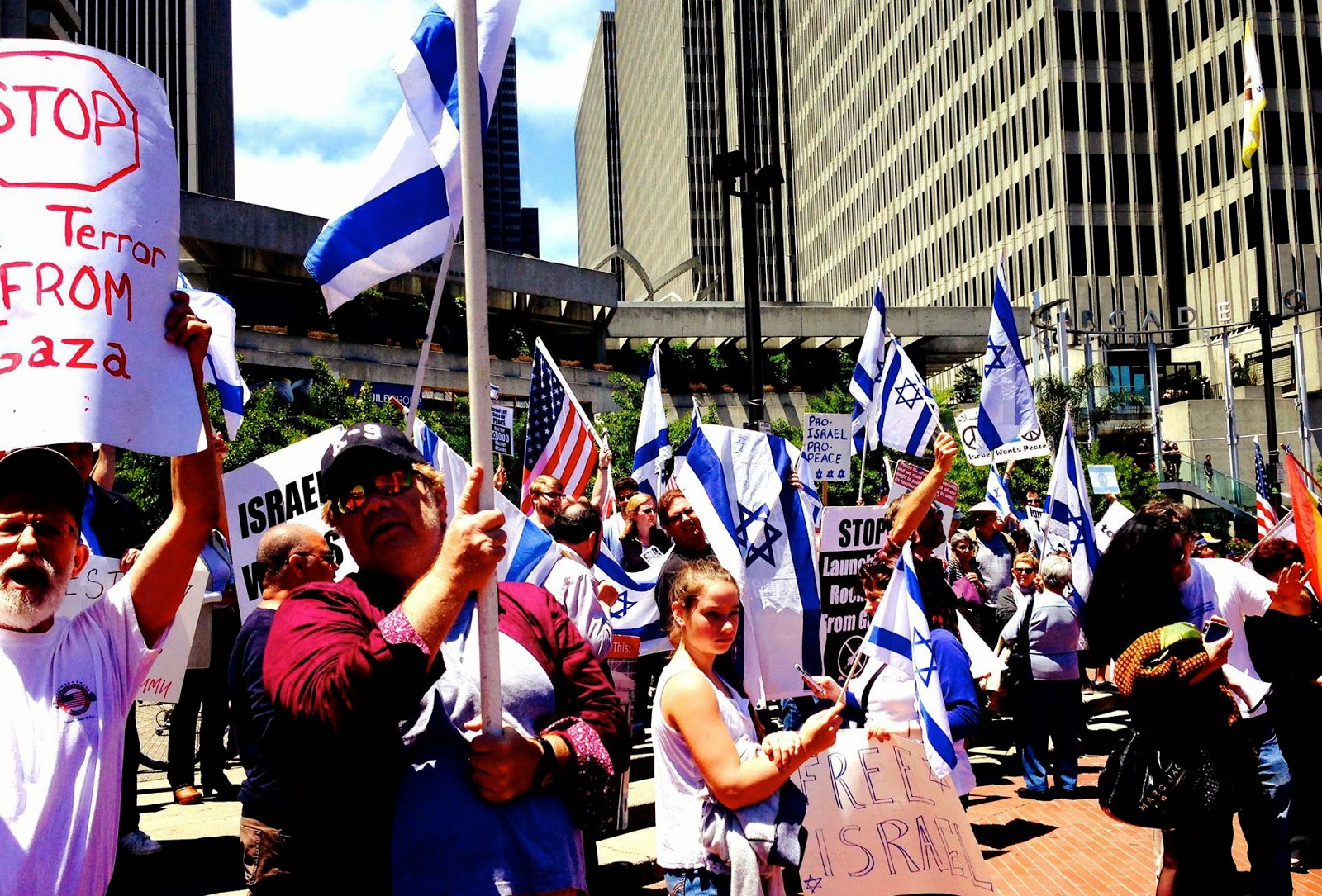 And because its San Francisco, only a thin blue line separated the frothing at the mouth jihadis from the pro-Israel pro-peace side.

Thats probably just as well. The level of intelligent discourse from the pro-hate side was rather lacking. 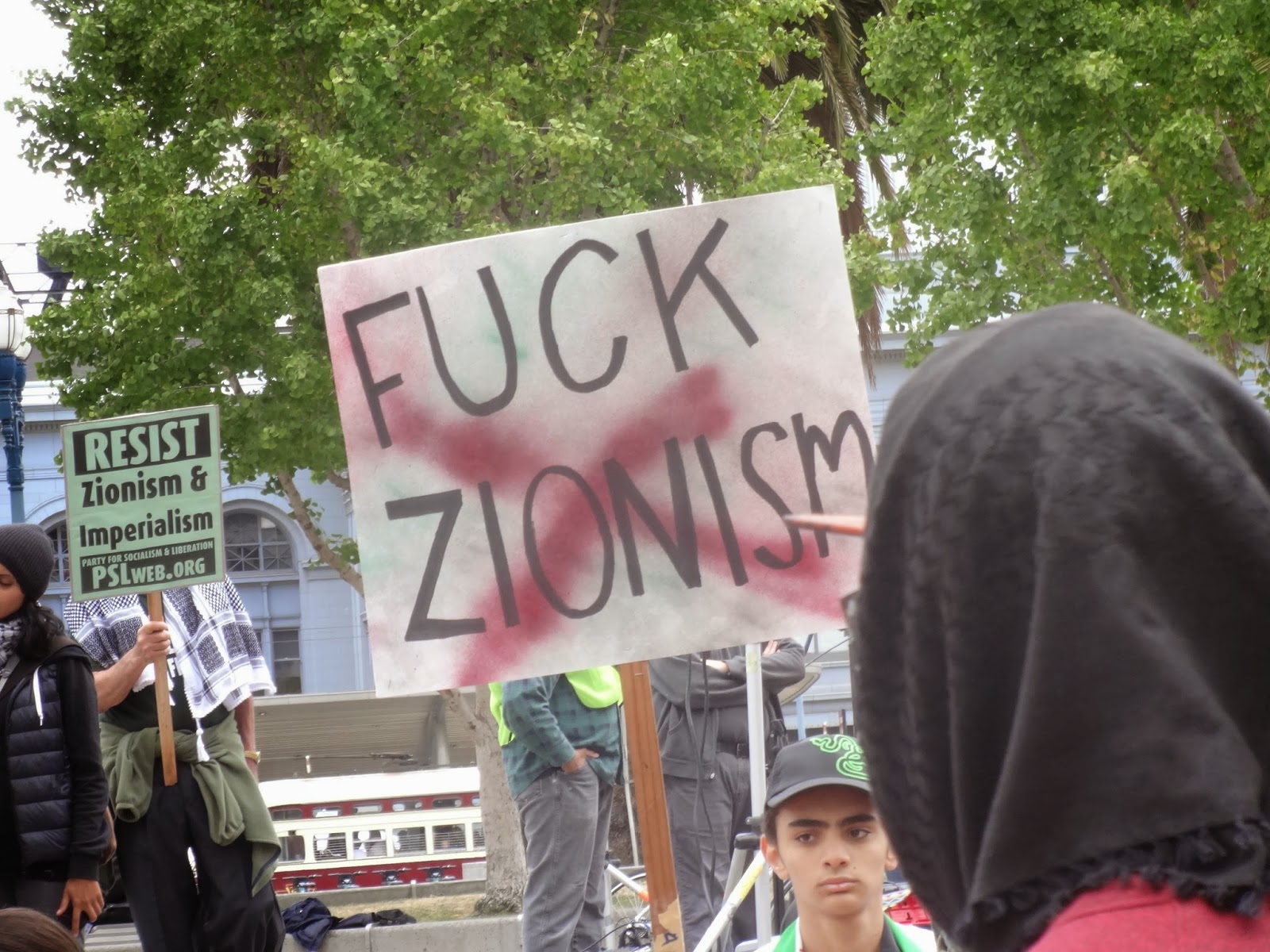 While the pro-Israel pro-Peace side sang songs of prayer, songs of solidarity and songs of hope, well, the thugs on the other side prepared for an assault on the group that never quite happened, thanks to the fine work of the San Francisco Police Department

it's not complicated to understand when it comes to Islamic terror's war against Israel. at this protest from san Francisco just yesterday the pro-pali "peace activists" even dress themselves up to look exactly like the terrorists they support. if you support the palis you support the agenda of Islamic terror end of story.

A perfect visual synopsis: Peaceful pro-Israel demonstrators with US and Israeli flags. Hateful pro-Palestinians with Palestinian flags only and scarves hiding their faces.

Pretty much says it all.