If anything, the enemies of Israel excel at self-promoting.  A proposed plan by Islamists and anarchists  to  march on the Oakland port to prevent a Zim ship  from off-loading was widely publicized,  with the San Jose  Mercury news and other media outlets picking up the story.    Zim is one of the leading carriers in the global container shipping industry, and was targeted because of its close ties with  Israel.  The Zim fleet’s illustrious history began by transporting refugees from war-torn Europe back home to the land of Israel.


This tactic was tried before in 2010, with mixed results.   The Father’s Day action in 2010 ultimately claimed to have prevented a Zim liner from off-loading, though the claim of  ‘victory” was issued well before the ship had actually docked.   Again, the mainstream media was complicit in the spread of misinformation, printing verbatim press releases issued by activists.


This years’ march on the docks, coordinated by an extremist anti-Israel group, the Arab Resource and Organizing Center ( AROC ), in conjunction with local anarchist groups and the pitiful remnants of the Occupy Oakland contingent was to take place on Saturday, Aug 2.  After an initial wave of self-congratulatory press releases, there are now wide-spread reports of cancellation.


The coalition had failed to make inroads with the International Longshore and Warehouse Union ( ILWU)  , who were justifiably skeptical  about having their names linked  with these extremist groups. 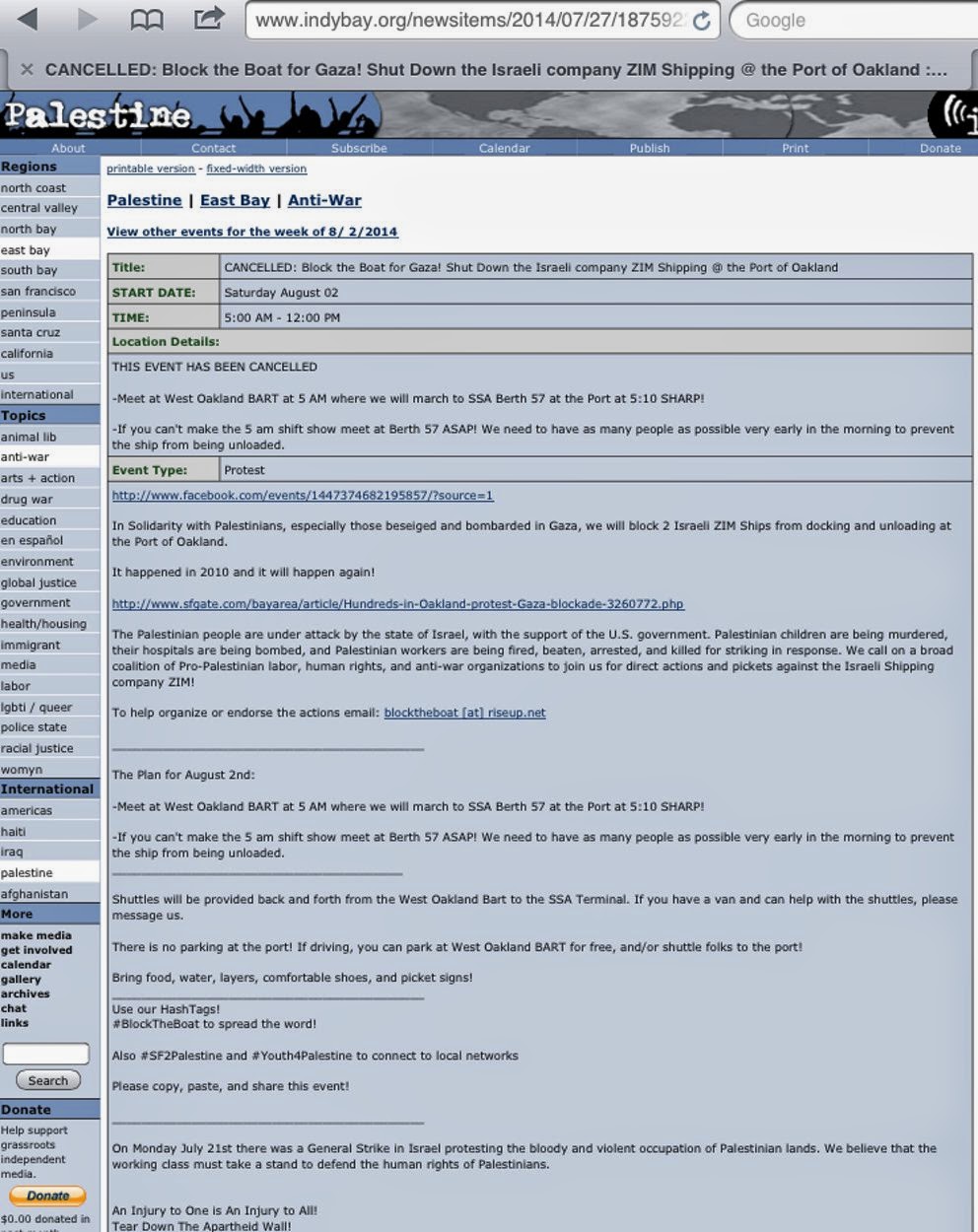 Some anarchists groups itching for a fight  have expressed their desire to march on the docks nonetheless. Nothing like some random chaos and destruction and good old fashioned breaking and smashing in the name of peace, after all.

UPDATE:
"Block the Boat" is now scheduled for August 16, with or without union support
Posted by Dusty at 10:18 AM

They are doing the same thing in Seattle and in Tacoma, Washington.
Its a coordinated tantrum.

Anyone ever tell you you sound like a Scooby Doo villain.