More Self Serving Hypocrisy dished out from Jewish Voice for Peace

Some of us had hoped that the refusal of the anti-Israel group Jewish Voice for Peace to endorse the Global march to Jerusalem represented a new moderation for the "proud to be ashamed to be Jewish" group. Some of us were disappointed.

From a JVP Press Release:
For immediate release.
Monday, March 12, 2012

(Portland, Oregon) -- The local chapter of Jewish Voice for Peace has called
for an immediate end to Israeli attacks on Gaza, and for the US government
to end its support for the operations which have killed at least eighteen
Palestinians in the last week. "We are heartsick and outraged at this
latest rampage by the Israeli military, raining down terror upon an already
traumatized and suffering people," said William Seaman, a member of the
Jewish Voice for Peace Portland chapter.

Why has Jewish Voice for Peace refused to acknowlege that those killed were literally in the process of targetting Israeli civilians for terror and death? Why are the lives of one million men, women and children living in terror of missile from Gaza secondary to the lives of those that chose to target them? 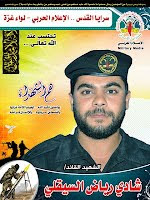 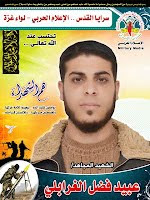 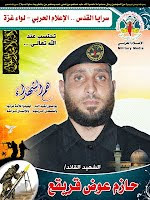 
The self-serving hypocrisy of Jewish voice for peace comes across loud and clear from their last emailed missive, where they literally chortle regarding their success at shutting down the free speech of others. Stefanie Fox, who describes herself as the Director of Grassroots Organizing for Jewish Voice for Peace says she is "shouting for joy" at stiffling the voices of LGBT activists in Seattle.

Moderation from JVP? Nope. Not in our wildest dreams
Posted by Dusty at 9:31 PM