J Street gets it Wrong Again

From a J street press release:

WASHINGTON—J Street President Jeremy Ben-Ami today issued the following statement in response to the most recent outbreak of violence between the Israel Defense Forces and militants in Gaza, which began on Friday.

“J Street is deeply concerned about the most recent spate of violence between the Israel Defense Forces and militants in Gaza, which, in three days, has already resulted in over one hundred rockets fired on Israeli cities and towns and airstrikes on Gaza that have killed over a dozen Palestinian civilians.

We condemn the rocket fire on Israel and unequivocally support Israel’s right to protect its citizens from attack. Our thoughts are with the civilians on both sides whose lives are once again besieged by the consequences of the unresolved conflict.

We urge all involved to exercise maximal restraint and we call on Israeli, Palestinian, American and international leaders to take bold steps to diplomatically resolve the Israeli-Palestinian conflict. The way to address outstanding grievances is by achieving a two-state solution, not by escalating violence. The majority of Israelis and Palestinians recognize that a two-state solution is the only means to achieve true peace and security.

Particularly in the absence of a meaningful diplomatic process between Israelis and Palestinians, such an escalation has the demonstrated capacity to engage other actors and enflame already heightened tensions in the region as a whole. We urge the United States and all members of the Quartet to make brokering a ceasefire an immediate priority, in word and in deed.”

There were not 12 civilians killed in Gaza. from Challah hu Akbar

Since then Israel’s southern communities have been bombarded with rocket fire. Since the killing of al-Qaisi and Hanani, more than 135 rockets have been fired from Gaza into Israel. As a result, approximately 200,000 children will stay home on Sunday as authorities “decided on Saturday night to cancel school in all towns and cities located between 7km to 40km from the Gaza Strip.”

In response to the rocket fire, Israel has targeted a number of targets in Gaza including terror training sites, weapons manufacturing and storage facilities, and terrorists attempting to fire rockets.

Since Friday, Israel has killed 15 16 terrorists and not a single civilian (see below)."

Below is the list of those killed in Gaza as of Saturday evening. Not a single one of those listed below was a civilian; all were active members in either the Popular Resistance Committees or Islamic Jihad.

J Street has changed the announcement to exclude the reference to the 12 civilians. 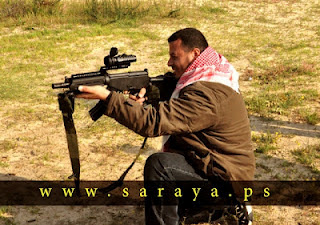 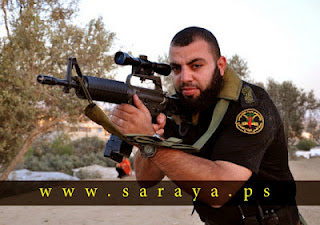 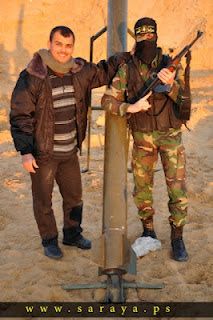 Ahmad Hajjaj Islamic Jihad
Posted by Dusty at 9:51 AM

nice! you stuck jstreet back in their place of irrelevancy by doing your home work for this posting good job.

So J-Street revised and covered their tracks without explaining why? No apologies, no admittance of wrongdoing? Sorry, not impressed. They're lying pieces who are incapable of condemning Hamas without throwing in some BS accusation about Israel, in their ongoing attempts to "balance" their press releases. Understate Hamas actions, overstate Israel's. Frauds.