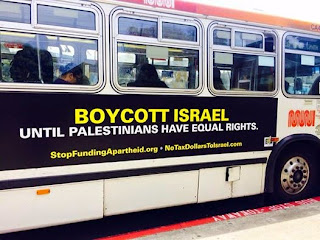 NoTaxDollarsToIsrael.com is run by Paul Larudee of the Free Palestine Movement. Paul is a proud member of Jewish Voice for Peace  and  was personally invited to Gaza by Hamas.  He has been involved in a variety of assaults on Israel's borders and sovereignty, including  the Global march to Jerusalem, and various flotillas 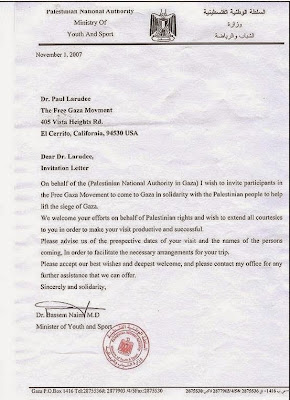 From the NGO Monitor Factsheet

The domain ‘NoTaxDollarstoIsrael.com’ is registered to Paul Larudee who is also the website’s administrator.

Larudee’s extremism includes the promotion of antisemitic themes, rationalization and justification of terrorism, and meeting with and receiving a medal of honor from leaders of Hamas.  Hamas is listed as terrorist organizations by the EU, the US, the UK, Canada, and many other countries.

Larudee has written of Jewish/Zionist “control” over US “media” and “government”:
In his article Strangler Fig Nation, Larudee’s main theme is that Israel, through the American Jewish community, is a “parasite” 1  feeding off the host/victim nation – the United States – by “controlling” key U.S. institutions. The article includes the following points (links in the original):


“the Israel Lobby has grown with few constraints, fed by its domination of the American Jewish community, extensive control of publishing and the media, the establishment and control of strategic think tanks that provide governmental advisers, and by a well-coordinated and lavishly funded political campaign machine.”

“Israel now controls US policy in the Middle East.”

“Israel has thus constructed a strangler fig network of roots and vines that is feeding itself from the resources of world’s most powerful nation while gradually starving that nation… if a strangler fig is allowed to thrive, its host will wither and die, and only its form will remain as an empty shell for as long as the parasite continues to survive.”

Larudee linked the phrase “domination of the American Jewish establishment” to the website of the Institute for Historical Review (IHR). IHR is described by the Anti-Defamation League as “the world's single most important outlet for Holocaust-denial propaganda.” The Southern Poverty Law Center describes the IHR’s “real purpose is to promote Holocaust denial and defend Nazism.”

In an interview on official Iranian media outlet Press TV Larudee “noted that the Western media is controlled by pro-Zionist propagandists and this is why the international community does not react to the Israeli crimes.”

In another Press TV interview (Dec 1, 2013) Larudee said, “Well, any non-Jew is a threat to Israel. So they need to be gotten rid of one way or another.”

In another Press TV interview (July 6, 2014) Larudee said, “I think I can say with confidence that the United States will defend its citizens to the extent that it is permitted to do so by the Israeli government. The United States never goes any farther than Israel is willing to accept.”
Larudee has expressed support for terrorism, euphemistically called “armed resistance”:

In an interview on the Berkeley, California radio station KPFA, Larudee said:


The latest bus ads on MUNI are just another ugly, inaccurate attempt to demonize Israel by enablers of terror and anti-Semitism hiding behind the veneer of "Peace activism'