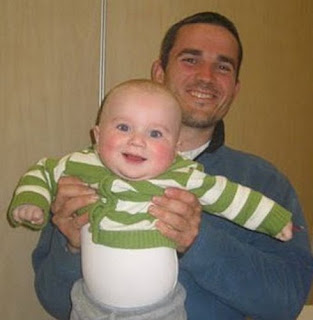 The Judea Military Court sentenced Waal al-Arjeh to two life sentences plus 58 years on Tuesday for the murder of Asher Palmer, 25, and his infant son, Yonatan, in 2011, killed when Arjeh threw a stone through the windshield of their car. According to the court, the object thrown at Asher’s vehicle was large and deadly. "It was thrown from an oncoming vehicle that was traveling in the opposite direction," said the Palmer family's lawyer, Adrian Agassi, a former IDF military court judge. "At that velocity, it was like shooting a bullet."

Arjeh, who had worked for the Palestinian Authority security forces, was the ringleader of a gang that developed this method of killing Jews, Agassi said. They had tried it many times before, and Arjeh had "carried out more attacks" after the deaths of Asher and Yonatan.

In a series of heart-rending moments leading up to the court’s decision, Asher’s father, Michael Palmer, spoke about his son and grandson, killed when Arjeh threw a stone through the windshield of their car. He recalled arriving at the family home to see “a gurney with Asher’s body wrapped in a tallit, and a little box on top, in the box was Yonatan’s body.”

Asher's father, Michael Palmer, said that Asher and Yonatan's lives "were taken by people who did not know them, who had never even seen them, for the simple reason that they were Jews."