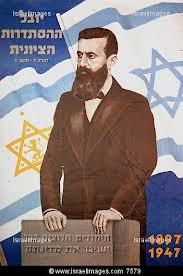 
I have enormous admiration for Israel - for its resolve, resilience, courage, and ingenuity.

What it has achieved in the past 65 years is breathtaking: the rebirth of a state with a rock-solid democratic foundation; the ingathering of millions of refugees and immigrants from just about every corner of the world; the creation of a world-class economy; the building of a first-rate army; and a determination to overcome one seemingly insurmountable obstacle after another.

Other nations might have succumbed, after 65 years of uninterrupted hostility, to enemies trying everything under the sun to destroy them, and short of that, to demoralize and isolate them. But Israel has not flinched. It refuses to cave. It keeps confounding its foes.


Its commitment to a two-state accord with the Palestinians, polls repeatedly reveal, remains unshakeable, even as many Israelis can't help but wonder if the Palestinians, given one chance after another for sovereignty, truly share Israel's aim of Jewish and Palestinian states living side by side in peace and harmony.

Moreover, in global surveys Israel comes out among the "happiest" countries in the world; Tel Aviv ranks as one of the top "go-to" destinations for young people; and Israelis' life expectancy exceeds that of Americans'.