From our friend, Emunah:

Even by Code Pink's standards, "Operation Annoy Barbara Boxer" was an epic failure.  Having telegraphed their plan to “occupy”  the Senator’s office across the interwebs, the police were ready and waiting  for the group as they trickled in to Jack London Square on Tuesday, August 19th. 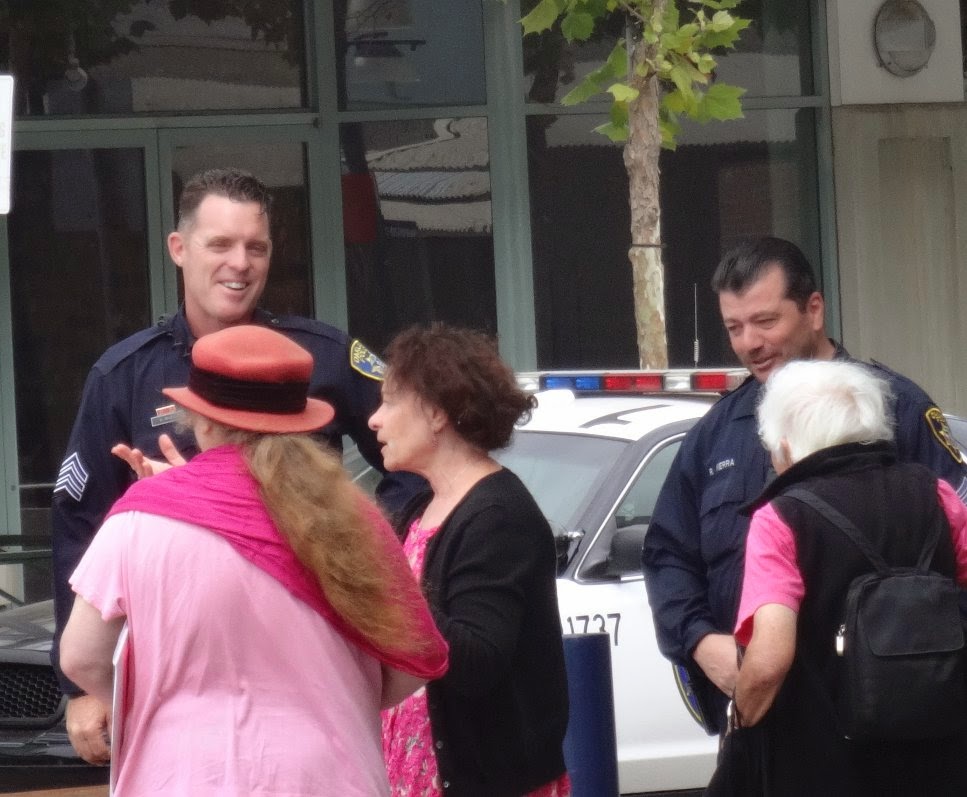 Code Pink organizers seemed hurt and baffled that they weren’t being allowed to take over the Senator’s office, but quickly set to work occupying the empty plaza.  It was hard for them. The plaza was very big, and their group was very small. 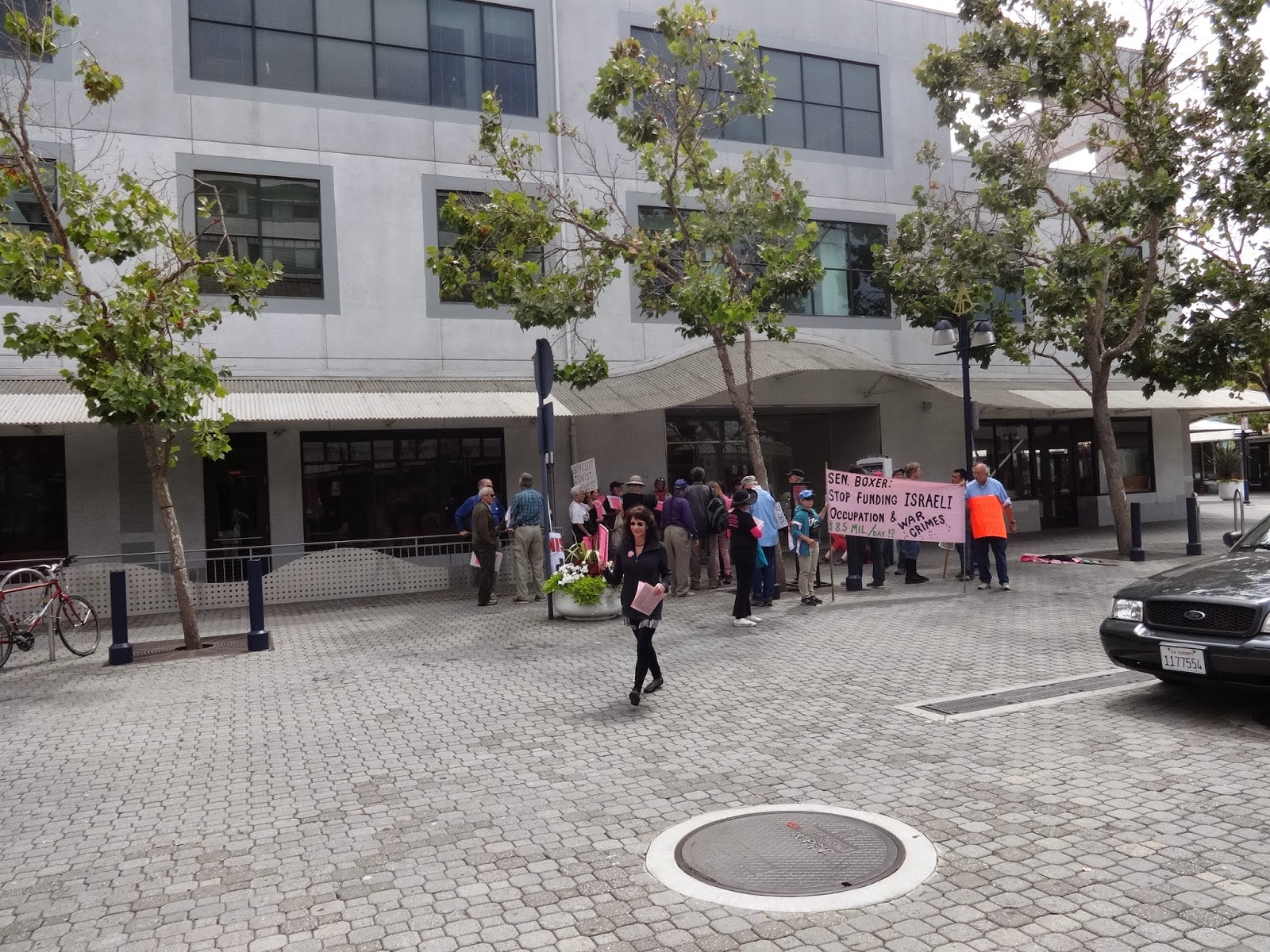 With zero visibility from the street and very little foot traffic, the group clearly regarded this primarily as a photo op.  “Pose by the address”, Cynthia Papermaster directed. “So everyone will know we were here” 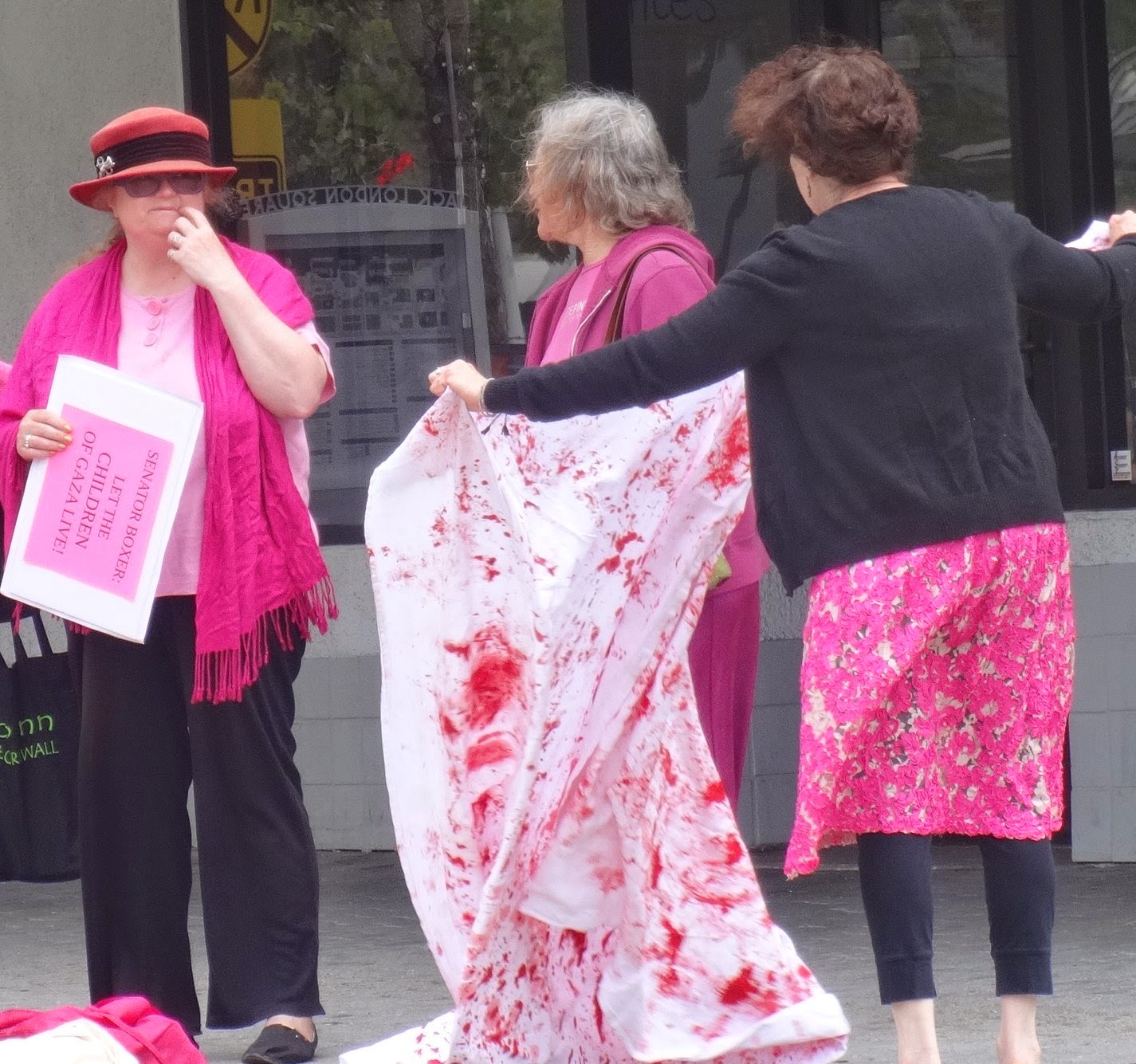 They distributed pink schmattas, and. posed for photos. 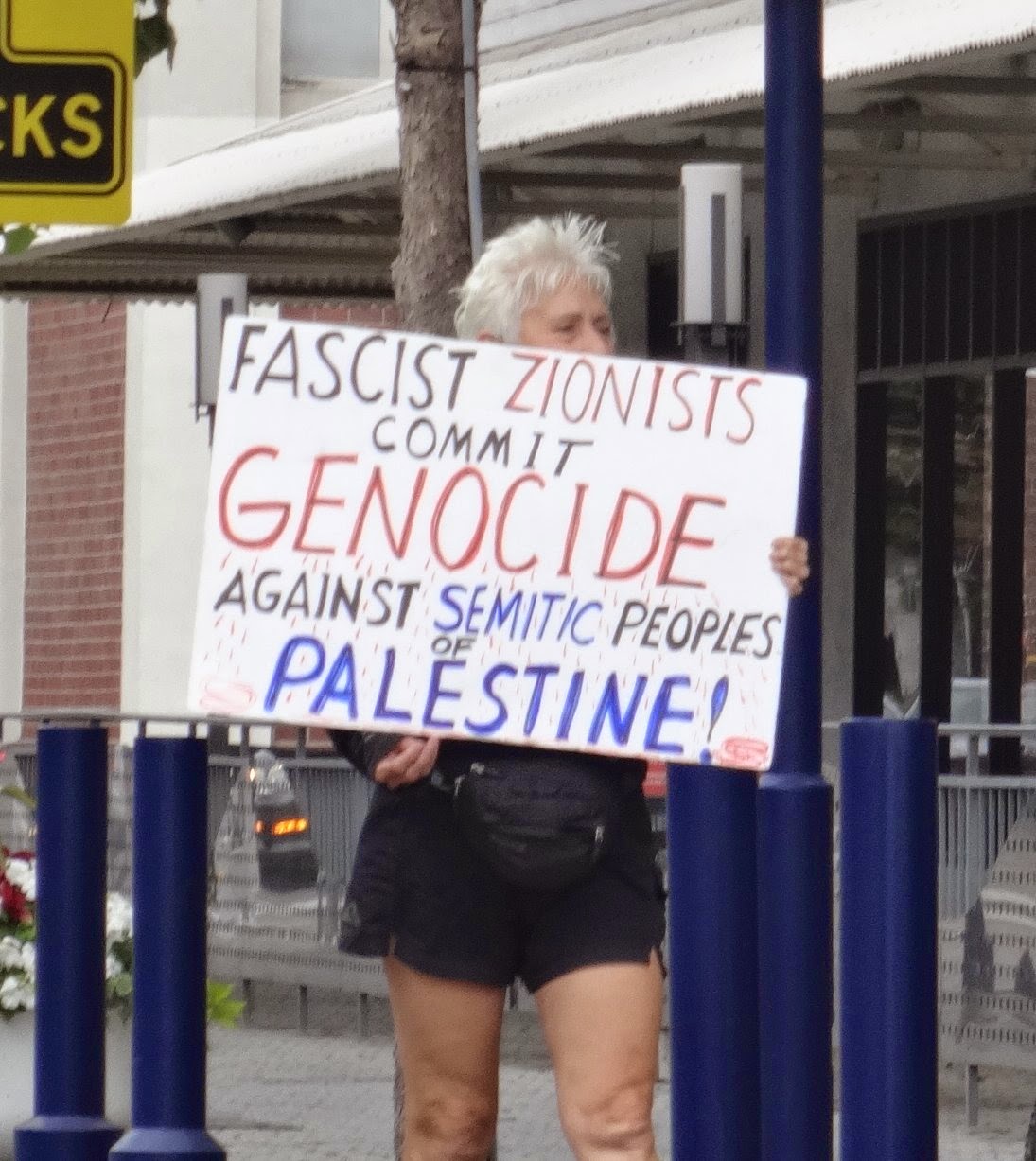 They held vile signs.  They chanted "We support the Intifada" . They screamed "Go back to Germany" to  someone who made the mistake of coming over to talk to them.
Eventually they must have realized it was all in vain. The Code Pink pity party broke up 45 minutes early.
Posted by Dusty at 12:09 AM