The web of lies is beginning to unravel. One by one, journalists are revealing, often inadvertently, how the terror group Hamas has been firing  rockets from populated civilian areas in Gaza., and how Hamas carefully controls the way this is reported


Italian journalist Gabriele Barbati said he was able to speak freely about witnessing a Hamas misfire that killed nine children at the Shati camp, confirming the Israel Defense Forces version of events, but only after leaving Gaza, “far from Hamas retaliation.”


Aishi Zidan , a Finnish journalist for  Helsingin Sanomat  readily admitted  that Hamas terrorists launched a rocket attack at Israel from  the Shifa hospital, saying a rocket was fired at Israel at 2:00 a.m., “right in the back parking lot of the Shifa Hospital in Gaza."  Over 100,000 have viewed the clip on youtube.


Gallagher Fenwick from France 24 was doing a live broadcast from Gaza on a city street when a Hamas rocket went off, and he hastily retreated. 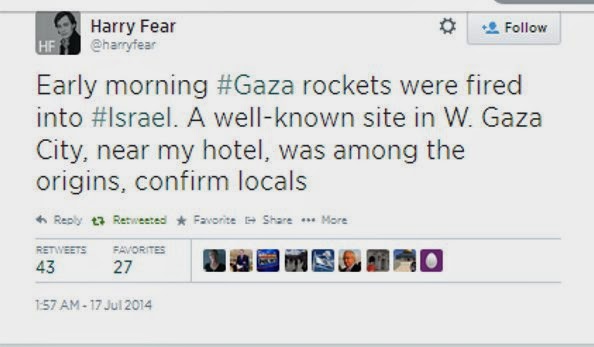 He came under swift criticism for this 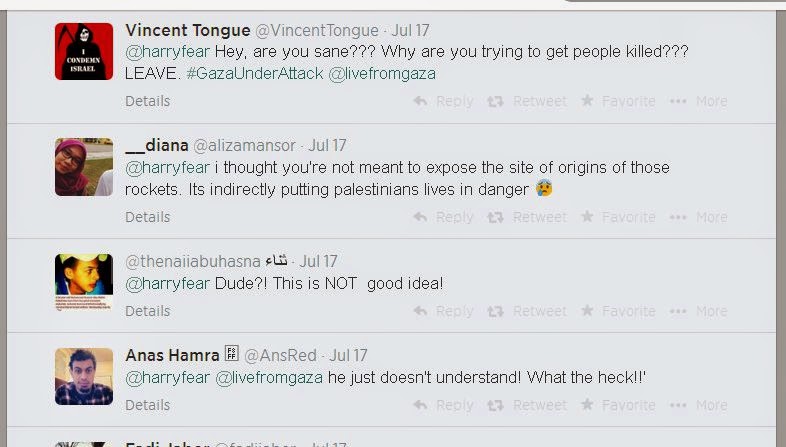 Harry was accused of endangering "innocents". Even though Harry was clearly  "one of the boys", he was asked to leave Gaza. 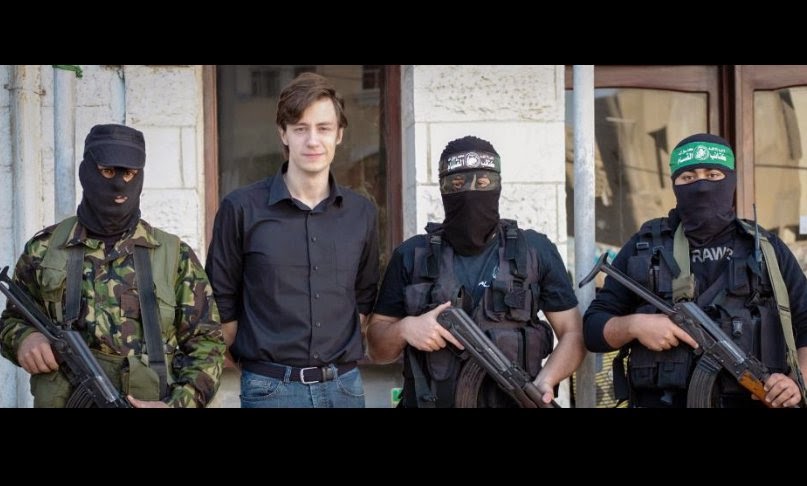 Harry Fear, a freelancer reporting in Gaza for the Kremlin-owned broadcast outlet RT (previously known as Russia Today), told CPJ that Hamas security officers asked him on Tuesday to leave Gaza within 24 hours after he tweeted about a rocket launch near his location two weeks ago. Three weeks ago, the Gaza-based Interior Ministry posted media guidelines that warned against publishing information about rocket launches or other military activities. Fear told CPJ that the border crossing was closed today but that security officials confirmed their demand he leave Gaza. Several journalists, including Fear, have faced sharp criticism online for tweeting about Hamas military activity, according to news reports.

The Hamas cheerleaders cannot be distracted with the facts. The well documented use of human shields by Hamas falls on deaf ears, because the only narrative worth repeating by the terror enablers  is one that perpetuates the myth of the eternal victimhood of the Palestinians