Sorry to burst your bubble, BDS holes, but A lister Scarlett Johansson will be staring in a new Sodastream ad, scheduled to debut during the 2014 Super Bowl broadcast.

In a phone interview with the  New York Times Daniel Birnbaum, chief executive at SodaStream International described the ad:

“It’s more of a love story between a brand with a purpose and a passionate user,” Mr. Birnbaum said, adding that Ms. Johansson has been “a SodaStream user for four or five years” who has given machines “as a gift to friends.”

Sodastream, a home carbonation device has been fetishized by anti-Israel activists who refuse to let pesky and inconvenient facts stand in the way of their irrational hatred.

In the last 40 years of operation the company has been on a significant growth rate climbing from 8 to 46 markets and sales up to $500 mill per year. If that was not impressive enough, the business plan calls for sales to increase to $1 bill in the next 3 years, a truly exceptional rate of growth.

The BDS campaigners should eat their hearts out.

Out of a work force of 1300 employees. 600 are Palestinians who travel in daily from Palestinian Authority controlled areas and a further 450 are from East Jerusalem. Salaries are between 4 to 8 times higher than those in the Palestinian areas and health care is provided by the company. A pity that the so-called "human rights activists" minds are so closed to the reality of life here.

There was plenty of opportunity to talk to the employees and among the comments heard were "This is the greatest company" and "you wouldn't get treated like this anywhere in the Arab world".

Faced with SodaStream's rising sales, soaring stock prices, and international recognition, BDS holes have been encouraged by Command and control to spam the ratings system of Amazon.com by "Voting up 1-star reviews so that they are more prominently featured." 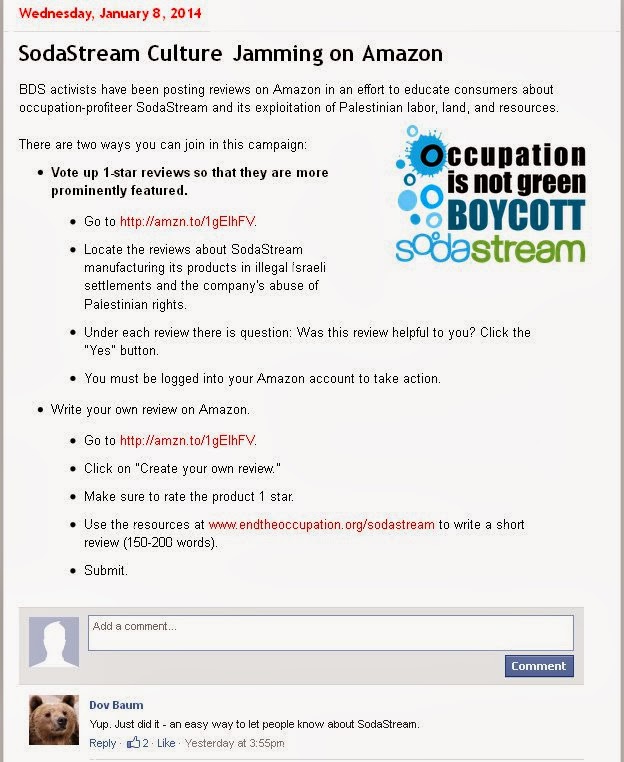 And the BDS holes responded, but its too little, too late. People just love their Sodastreams. 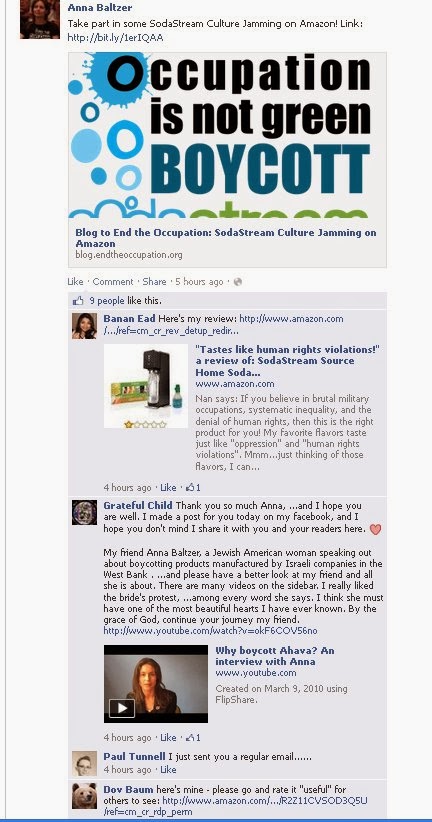 Hijacking passenger planes and flying them into buildings is not green.

Bombing the Boston Marathon is not green.

BDS islamofascism and their useful idiots in Western media, academia.