The fallout over the American Studies Association academic boycott resolution continues. As of this week, 218 University presidents have denounced the measure, and 6 Universities have dropped their institutional membership.  Individual memberships are also being withdrawn, though the danger is that strategy may further empower the extremist fringe within the Association.   Again, Kol hakavod to both Avi Mayer and Prof. William Jacobson for their efforts in keeping us up to date. And thanks are due as well to the countless bloggers, pundits and non-profits who refused to remain silent in face of this attack on academic freedom.

From Richard Behar's Open letter To NYU's President: Why The American Studies Assn.'s Israel Boycott Makes Me Ashamed To Be An Alumnus

A supposedly “democratic” town hall meeting took place the night before the vote. More than 700 ASA members were in the room to hear six panelists supportive of the boycott, with no panelists invited to take a different position. One of the oldest members of the association, Professor Michael Aaron Rockland of Rutgers, went ballistic and rose from his seat. “You don’t know history!” he said....

Rutger’s professor Rockland was aghast as he watched the ASA’s “open house” in Washington, D.C., in November. “I have never attended a meeting like this in my life,” he says he told the audience. “This was advertised as a town meeting, a round table. Well, as far as I can see, it’s a one-sided table and you made no effort whatsoever to garner different opinions… You’re supposed to be cultural historians, and all you did was find six people who would denounce Israel. And you outdid each other- each one trying to come up with more and more ugly things. This reminds me of what it must be like at a North Korean Politburo meeting where the leader speaks and everybody applauds.”

Rockland told me last week: “It was disgraceful. It was so misguided. Stupid, really. We sometimes make the mistake in thinking that all fascists come from the right. These were fascists from the left. I just couldn’t quite believe it.”

Rockland is the founder of the American Studies department of Rutgers (in 1969), and he’s been a member of the ASA for more than 40 years. Unlike the national council members, he has foreign policy credentials, having served in the diplomatic corps during the 1960s.

A day after the town hall, just before the boycott vote was taken, audience members were allotted all of two minutes to speak. Rockland took to his feet again, this time saying that the founders of ASA, who were his professors at the University of Minnesota, “must be turning over in their graves.” He added: “Regardless of what your feelings might be about Israel and Palestine, what the heck does this have to do with what the ASA is for, which is studying the people, culture and society of the United States?”


There is a tangible level of despair in the social media emanating from the American Studies Association. . J Kehaulani Kauanui of Wesleyan University writes:

WHO WANTS TO JOIN THE ASA? Some previous members have written to say they won't renew their membership until the ASA rescinds its boycott of Israeli institutions.  Therefore new members more welcome than ever and also membership renewals are essential! 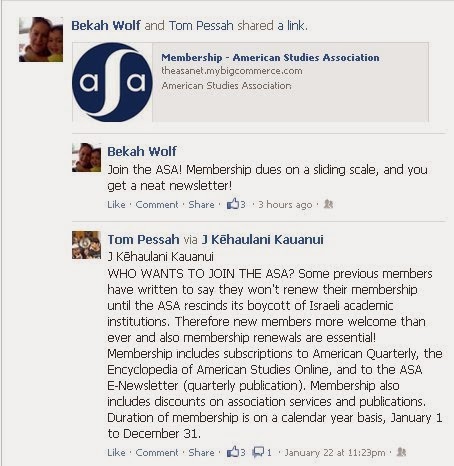 Memberships in this organization are offered on a sliding scale,  for as low as $20 per calendar year, giving some insight into how easy and inexpensive it was to transform the ASA agenda. 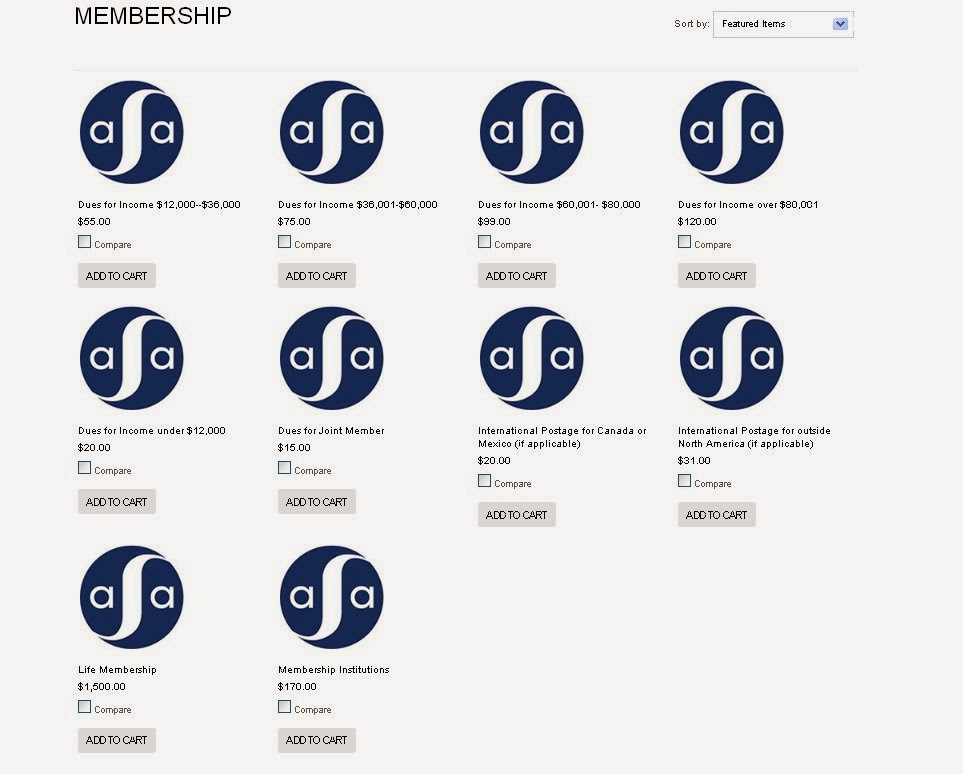 So now we know.  For as little as $20 anyone can join the fascist left. Academic credentials are not a pre-requisite.