Via social media, an organized campaign began to bully KQEd into capitulating to their demands. While the pro Israel community were busy at their day jobs, the "Don't they have a life?" contingent began the process of pressuring the station.

Here's the quick and dirty anatomy of the attack.

Dr Hatem Bazian, who infamously called for an intifada in America  encouraged people to call KQED. 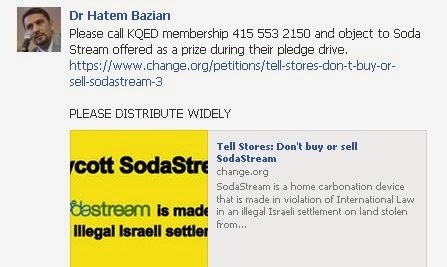 Eyad Kishawi, of the extremist Al Awda movement also jumped on the bandwagon

Interestingly, according to the Electronic Intifada  the station had  been "unaware" of the controversy surrounding Sodastream until this incident.  What does that say about the alleged "momentum" of this "movement"?  After years of letter writing, emailing, "twitter storms", "thunderclaps" "culture jamming", protests and flash mobs,  the BDS 'holes had not yet succeeded in propagandizing a Bay Area progressive radio station


If only KQED had taken the time to really examine this issue. 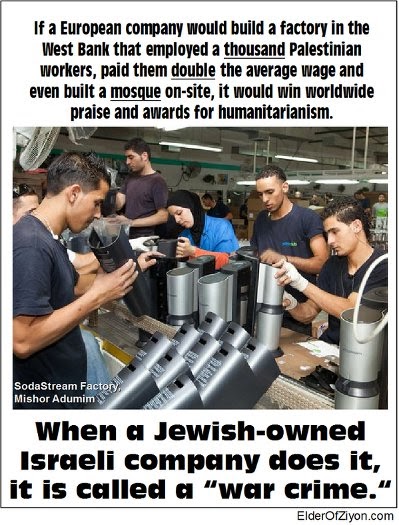 what a disappointment I used to be so fond of NPR.

Bazian is a bully and is beyond disgust. He is an embarrassment to the UC system.

I personally will never contribute to KQED again.

i just left them a message about this and how they've lost me as a listener. you can do the same at http://www.kqed.org/about/contact/