Brighton grandparents take to the streets to counter hate

Some good folk in Brighton, England have realized that when we fight back, we win.
Meet Sussex Friends of Israel, and like them on Facebook

SFI is committed to:
- Engaging meaningfully with all those working towards a peaceful, just, democratic and lasting resolution of the conflict between Israel and its neighbours.- Restoring balance and fairness in all discussions about Israel in the pursuit of reconciliation between Jews and Arabs.- Seeking recognition from the wider community that a secure and confident Israel is a vital component for achieving peace in the region.


From the Jewish Chronicle online:


There is a “war” going on in Brighton, with grandmothers as troops and cakes and bagels among the weapons.

The conflict involves a band of pro-Israel supporters who have adopted an imaginative approach to the business of combating activists who support a cultural and commercial boycott of the country.

The group is called Sussex Friends of Israel (SFI)and consists of local Jews, Christians and members of Brighton’s gay and transsexual community.

Together they have taken on the Palestine Solidarity Campaign (PSC) and boycott, divestment and sanctions (BDS) movement which have targeted an Israeli-owned shop in the city centre.

“We’re at war and we’re on the frontline,” says Christian SFI member Neil Duncanson, who manages public relations for the group.

“The BDS and PSC organise three to four demonstrations each week — we just had to do something about it. So we set up SFI.”

The group was founded a year ago, after the anti-Israel campaign became increasingly hostile following the opening of the EcoStream shop in August 2012.

Every weekend, activists protest outside the store, which is a division of carbonated drinks manufacturer SodaStream, based in the West Bank settlement town of Mishor Adumim...

Its not surprising then that Sussex friends of Israel have show up at St. James's "Bethlehem unwrapped" program,  which features a $50,000 mock up of Israel's security barrier. Thank you, SFI for adding a pro-Israel voice and a sense of perspective to the propaganda play.

(Photos from the Sussex friends of Israel facebook page) 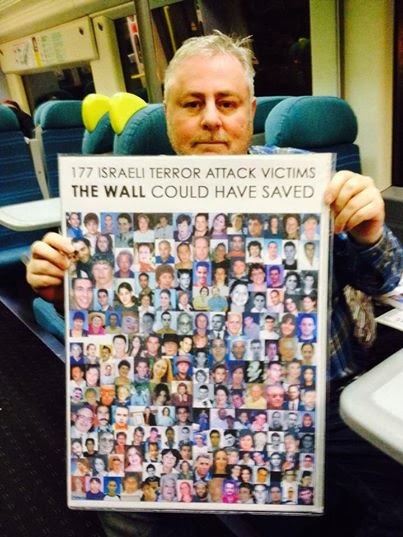 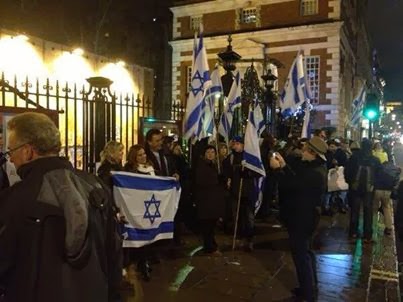 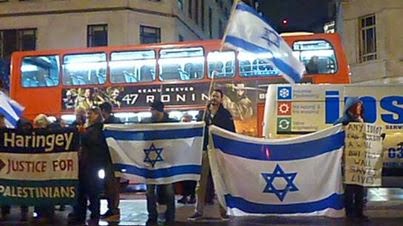