Yes, Indeed, Boycotts Must Come From The Heart 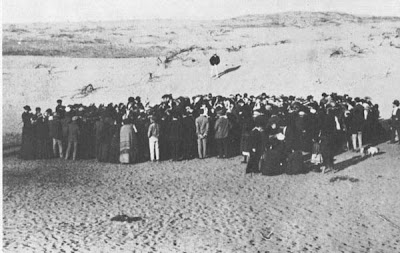 A few weeks ago, a colleague asked for my advice about novels by black women that might appeal to high school students. Toni Morrison's "Beloved", we agreed, was too hard for our younger student to tackle, despite its staggering beauty and power. I mentioned a few authors I like who write in a less complex style--Toni Cade Bambara, Kristin Lattany, Tina McElroy Ansa, Octavia Butler,Zora Neale Hurston--"and Alice Walker," I added reflexively. "Her work isn't as well-written as Morrison's certainly, but some of the early novels--'The Color Purple' especially, are good and might appeal to the kids. The girls like historicals, I've noticed."

I didn't mention why I excluded the later novels from that recommendation--the increasingly lousy quality of the writing, the increasing delusions of spiritual grandeur, the increasingly annoying plots. By "Possessing the Secret of Joy" and "The Temple of My Familiar", I was done. There is a kind of author who writes books where characters are perfectly two-dimensional, and act out the author's ideas about gender, or race, or religion, or politics. Alice Walker is one of these. It produces a sort of novel you can only read if you agree sufficiently with the author's views to enjoy keeping company with their literary paper dolls.

I also didn't mention the issue of Walker's issues with Jews, something I first ran into as a college freshman. In writing a paper on Meridian, I became obsessed with a section of the book, in which a Jewish woman, rejected by her parents for marrying a black man, loses her daughter. After the child's rape and murder she calls her parents to tell them their granddaughter is dead. They tell her they have no daughter.

I couldn't let that passage go. I was a college student in the early nineties, learning the kind of identity politics based criticism of text you learned at the time, and I took those skills to the pages of Meridian. Jewish grandparents, I argued, of that generation, of that social background, might have ostracized their daughter for marrying a black man, or, more importantly, for marrying a gentile. But with the husband gone (as he was at this point), there was no way they would continue to reject their daughter, to reject their granddaughter. There was a lie in the text.

I was an eighteen-year-old college student, and I did not have the political understanding or the writing skills to back up what I knew, so that paper turned into a semester-long struggle with my professor. I was told, in no uncertain terms, that Jewish parents of that generation would have done exactly that. I was told that Walker was writing from 'personal experience'. And I wrote a term paper about something else, and moved on...until the day I read Rebecca Walker's memoir, Black, White and Jewish. Early in the book, Rebecca's grandmother, Alice Walker's Jewish mother-in-law, arrives to visit. Relations were strained after Mel Lowenthal married a Gentile woman, but now Mrs. Lowenthal arrives to meet her grandaughter, and buy Alice a washing machine she doesn't want. I laughed over that page, in pure delight. I knew Bubbe better than my tense, Southern professor of literature, didn't I?

Now I turn to Alice Walker's blog, led there by At The Back of the Hill's recent post. And I find there a disturbing defense of Walker's decision to sign on to the boycott of the International Film Festival in Toronto.

Why are Alice and her friends boycotting the International Film Festival? Because the film festival plans to showcase films from Israel in honor of the 100th anniversary of the city of Tel Aviv, "as if Gaza was not recently besieged and bombed, and as if no Palestinians ever lived in Tel Aviv."

Above is the famous of picture of the founding of Tel Aviv. I usually avoid the more cliched cliches of hasbara, but you will note that there is, in fact, nothing but sand around those people, and if you read a little more deeply on the subject, you will learn that the city was built on land purchased from its Beduin owners. Israeli Arabs have lived, and do live in Tel Aviv, but to invoke Palestinians, whom Walker no doubt believes were kicked out of their ancient sand dune by those invaders up above, is deliberately misleading and meant to delegitimize any Jewish presence in Israel.

Read the whole thing. It's disturbing in the extreme, and much of it is about Walker's own issues with the religious environment she was raised in. One passage of Walker's writing, once again, leaped out at me, though:

A boycott story: The Beautiful Israeli Sandals That Fit Me and Looked Great.

There they were, I was trying them on. They were fantastic. However, I live in Northern California where political consciousness is quite high and is likely to bring you down to earth when you least expect it. The saleswoman said apropos of nothing: Yes, they look wonderful on you. (Pause). They were made in Israel. Oops. Who came to mind when she said that? Ariel Sharon? Netanyahu? Tsivy Livny?

No. No Israelis at all. Who came to mind was a young Palestinian woman I had recently learned about; she had been arrested eight years ago and held in solitary confinement, in an Israeli prison, ever since. Never charged with anything. What did this woman do with her days, I thought. Could she possibly be the person who, in her cell, made these shoes? Suddenly, I could see her there in her cell. It felt cold. It felt barren. It felt lonely. She was all of these things,and more. Seeing her there, torn away from her world, made so strong an impression I lost all interest in the sandals. I could not even bear to look at them. I noticed her cell had a metal door and that there was a huge lock. I could never have purchased anything that would keep her there. I could only wish with all my heart to become a key.

I ended up buying a really boring pair of sandals made in Germany, and the irony of this didn’t escape me either.

I walked out of the shoe store strengthened in some indefinable way; I had
kept faith with the part of my spirit that knows what is right to do .

Yes, you read that right. Alice Walker is suggesting, not exactly alleging, but musing on the notion that Teva and Naot are using Palestinian prison labor to make sandals for export.

Reading the rest of the blog, one thing that becomes very clear is that Walker knows nothing but what she has been told by very dubious companions--and has accepted it wholesale. She's probably no more misinformed than the average knee-jerk Israel hater, but she is more influential, and more dangerous. (She really is comically dim. At one point she alleges that Ariel Sharon led the attack on Sabra/Shatila, which strongly suggests to me that she has never actually read an account of what happened there, unless it was given to her by Cynthia McKinney)

I'm sad, reading this, angry, and frustrated. This is pure bigotry, and it's being promoted by a woman who for at least a couple of generations of American feminists and activists has been promoted as a deeply spiritual person, a secular saint, a champion of the oppressed. Children are dying in Sderot, and Walker can't be bothered to care. She's chosen sides in a war she hardly understands, and allied herself with people who care nothing for either Israeli or Palestinian lives. I'm troubled by her ignorance, by her callousness, which I'm sure she would describe rather as deep caring. I was assigned her work in college, I've taught it to students, and as far as she's concerned, me and mine have no right to our own land and our own self-determination, no right to self-defence.

I'm going to go buy a pair of Naots, maybe two, and God knows I will not be recommending any of my students read Alice Walker. Because, you know, she's right about one thing...boycotts do need to come from the heart. I'm feeling this one.
Posted by BBJ at 3:19 PM

Have them read Morrisson's "Song of Solomon!"-- it has some interesting OT tie-ins, and I read it in high school and we got through it just fine.

And yes, Walker is quite the twit. I feel very sorry for her daughter. How did she put it? "I was more a political symbol than a cherished daughter"? Pretty much says it all.

That is quite some post. Kudos, Kol hakavod. Bravo.

Great post! I learned a lot. Yes Alice Walker and Bishop Tutu have high profile respectability, yet are filled with self-righteous indignation of a conflict they fundamentally don't understand.

"Alice Walker is suggesting, not exactly alleging, but musing on the notion that Teva and Naot are using Palestinian prison labor to make sandals for export."


Actually, the are made in a kibbutz in Northern Israel. They have a factory outlet there as well, where slightly irregular Naot are sold at a discount. I got a lovely pair of lavender Naot for the equivilent of $45 dollars.

As you drive to the kibbutz, you can't help but notice the bunkers the northern kibbutz built to protect its inhabitants from attack.

Alice Walker (and Norman Finkelstein and Richard Goldstone and so many others should do better research before asserting themselves....)

Well done. Ironically, my Jewish grandmother, Miriam, was the person I felt loved me unconditionally throughout my life, and Alice, my African-American mother, who wrote a note telling me she no longer wanted to be my mother. It's been five years and a grandson she's never seen. Sad truths.

Very stable approach here, intelligent and without vitriol. From the heart and mind. Reach out if I can help.

Rebecca - your memoir is on my shelf, with my other Judaica (and feminist theology books). As a convert (married to a very Bad Cohen), thanks for your writing.

I wish you complete healing, and gmar chatima tova.

Oh, and BBJ - very nice way of putting it.