Gabriel Schivone: "As A Jew"

According to FringeGroups, in their post  "Rise of the Schivone Jews"

Mr. Gabriel Matthew Schivone is one of the very few people in human history whose very name appears destined to become a description of a phenomenon, in this case the Schivone Jew.  Previous examples of persons who have given their names to phenomena include Vidkun Quisling, the Earl of Sandwich, and only very few others.

He's even got his own entry on Urban Dictionary.

Gabriel Schivone  is the coordinator of Arizona's chapter of Jewish Voice for Peace, and  was recently profiled by the controversial site Canary Mission, who wrote:

On the official 2011 Gaza flotilla website, Schivone is described as "a Chicano-Jewish American and undergraduate student who was born in Tucson, Arizona."

Schivone is not Jewish. He has however, since 2011, consistently purported to be, and many - including himself - have suggested as to why this is.

He first "revealed" his cultural heritage in an article that he wrote for Ha'aretz explaining why he - as a Jew - was taking part in the anti-Israel flotilla bound for Israel in 2011.


He was immediately admonished by a former classmate,Valerie Saturen. In a letter to the editor, Saturen explained, "Gabriel is not Jewish, whether in terms of ethnic ancestry, religious belief, or cultural identity. He has never identified as a Jew until it became useful in advancing his political agenda."
Gabriel Schivone was interviewed in a Jerusalem Post article, Why do non-Jews bashing Israel claim to be Jewish? and was specifically asked  if he had converted to Judaism or if his parents or grandparents were Jewish. He did not answer affirmatively to either.

Gabriel will be participating in a June 6 talk to be held at the Culver-Palms United Methodist Church in Culver City, California. Even though Gabriel Schivone's lies has been outed repeatedly and publicly, they persist, exhibiting a narcissism that borders on pathological. 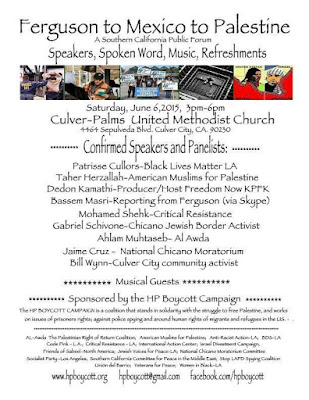 Again, from the J Post
Prof. Alvin H. Rosenfeld, Director of the Institute for the Study of Contemporary anti-Semitism at Indiana University, told the Post on Tuesday that “Israel’s defamers and delegitimizers include large numbers of misguided Jews, manipulative Jews, malevolent Jews, and other Jews of assorted bad faith. With Schivone, we now see phony Jews added to this notoriously disreputable bunch.”


What is the nature and social-mobilizing power of the “erotic” and what role can it play in times of popular struggle? Breakthrough erotica author Gabby Matthews (he/him/his) will discuss these issues from experience in erotica writing for Blushing Books, publisher of the zesty “spanking novels” genre.
Matthews’ historical fiction for Blushing Books, entitled The Teacher’s Strike, about a turbulent love affair between a young high school teacher and her student who navigate the unpredictable waters of a citywide labor strike. The Teacher’s Strike marks the first historical fiction of the monumental 2012 Chicago teachers strike school district of nearly half-million students and 30,000 teachers to a standstill.