This is what my kid calls Karma. @Neo_MMA winning in Berlin, Germany. Not lying down, but fighting, Am Yisroel Chai pic.twitter.com/z20lBuOj6d
— Dan Hamburger (@DanielHamburger) June 21, 2015

From the Times of Israel

Draped in an Israeli flag with a Star of David on his hat and a cut underneath his right eye, Israeli mixed martial arts fighter Noad "Neo" Lahat didn't take his Saturday night win against Sweden's Niklas Backstrom in Berlin lightly.

Addressing his fans in Hebrew, the fighter said he took to the ring with more than just the 8,155-member audience watching him.

"Thank you to everyone who came," he said. "Here in Berlin, I know that 6 million are watching me. There was no chance I would lose."

Thanks Noad. Your words are evocative of this: 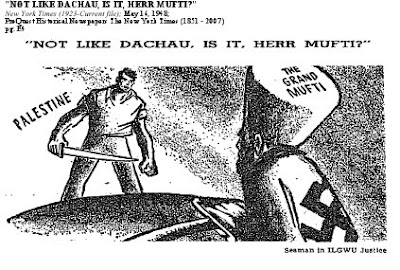