Why has Minnesota Congressional representative Betty McCollum forgotten the Israeli victims of terror?

Once again Israeli children in the south are sleeping in bomb shelters as Gaza terrorists fire rockets at towns in Southern Israel. Yet Minnesota Congressional representative Betty McCollum says nothing about the rights of Israeli children to live free from fear in her letter to Secretary of State John Kerry. 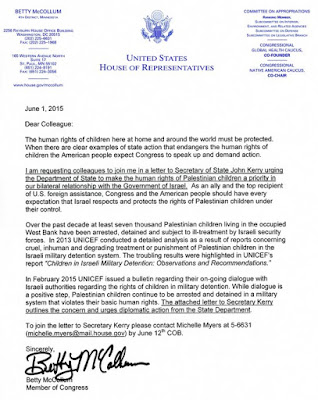 Betty McCollum ignores a very real obstacle to peace – the demonization and incitement against Israel in the Palestinian educational system.

Just days ago, the Shehab News Agency posted photos of a Palestinian kindergarten graduation. These are not children being taught that peace is possible, or even that peace is desirable. 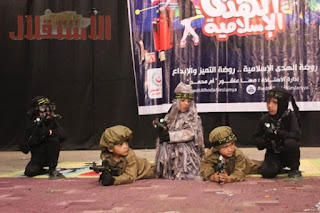 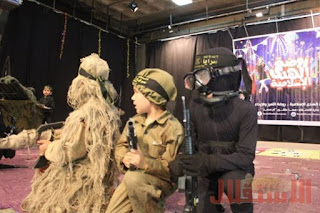 McCollum’s letter to John Kerry absolves the Palestinians of any responsibility for the role their state run media plays in glorifying violence and terror.

"I do not fear the rifle
because your throngs are in delusion and are ignorant herds
Jerusalem is my land, Jerusalem is my honor
Jerusalem is my days and my wildest dreams
Oh, you who murdered Allah’s pious prophets (i.e., Jews in Islamic tradition)?
Oh, you who were brought up on spilling blood
Oh Sons of Zion, oh most evil among creations
Oh barbaric monkeys
Jerusalem opposes your throngs
Jerusalem vomits from within it your impurity ?
Because Jerusalem, you impure ones, is pious, immaculate
And Jerusalem, you who are filth, is clean and pure
I do not fear barbarity
As long as my heart is my Quran and my city
As long as I have my arm and my stones
As long as I am free and do not barter my cause
I will not fear your throngs, I will not fear the rifle"

McCollum’s letter to John Kerry absolves the Palestinians of any responsibility for role in glorifying violence by naming streets, town squares and municipal buildings after terrorists.

The  "Dear Colleague" letter, written by Representative Betty McCollum of Minnesota was sent to other members of the House of Representatives. It asks her House colleagues to sign on to support her letter to and making the "rights of the children of Palestine a priority" in the U.S. relationship with Israel. It provides no context and says nothing about the children of Israel.

Contact your representative before June 12 and urge them to say no to Rep. McCollum's letter.

To find the contact information for the nearest local office of your representative, please go to her/his website.or check here

And, yes. Since you were wondering, Betty McCollum was endorsed by J Street
Posted by Dusty at 6:59 PM

PMW has about as much legitimacy as MEMRI, which is none.