"It's about Building Bridges." Ashkelon is Sacramento's newest Sister city 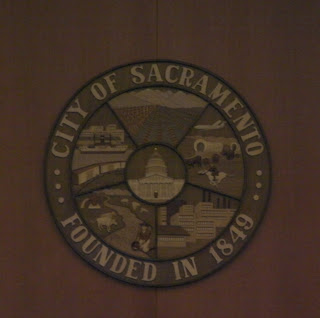 By unanimous decision of the City Council, Ashkelon in Southern Israel is now the newest Sister City of Sacramento, honoring a commitment they had made in 2009. Though hundreds filled the Council chambers, it was clear that the vast majority of the large and diverse crowd had gathered in support of Israel. 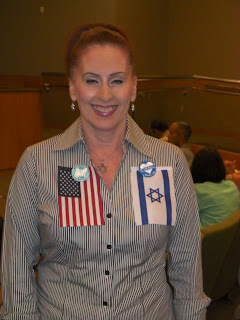 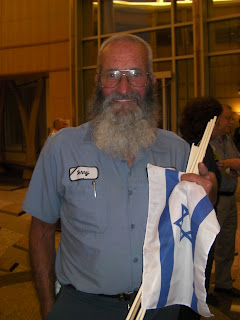 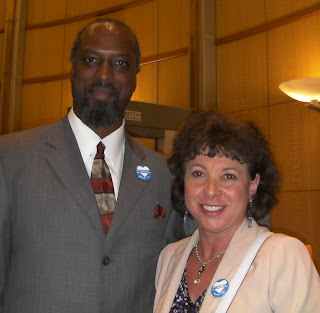 The few anti-Israel activists clutched goldenrod colored signs stating "No rights, no sisters". Many refused to stand during the opening pledge of allegiance. They listened to a presentation outlining plans to encourage trade with Sacramento by establishing a memorandum of understanding with the Chinese city of Chongqing and not a single one uttered a word of concern about China's egregious human rights record.

One of Sacramento's finest- Bodie, a magnificent German Shepherd made an appearance at the hearing. Bodie was shot in the line of duty through his jaw and paw in May, and was honored by the council. He and his police companions also received a standing ovation- and once again, much of the anti-Israel crew sat it out.

Bodie and Chongqing were just the appetizers. The main course of the evening was a heaping platter of Israel bashing. Three activists identifying themselves as Jewish Voice for Peace members (Pssst. Didn't you get the memo, David? Ashkelon is well within the Green line) testified, as did local Palestinian activists. And again, as we've seen over and over, the testimony was heavy with name-calling and hyperbole, and oh so short on truth.

On the side of justice and light, State Senate pro Tem Darrell Steinberg reminded the Council that the purpose of the Sister city program was to "build bridges", stating "We expect people with different points of views to talk to one another. That's what the sister city movement is all about."

The anti-Israel team weren't quite able to spin this loss. They wrote:

"Despite our having met with almost every member of the Sacramento City Council and the outstanding presentations of 14 Palestinian-Americans, members of Jewish Voice for Peace and other Sacramento human rights activists, the Council voted On August 14, 2012 with the Israel lobby and approved Ashkelon as a discriminatory, human rights-violating sister city for Sacramento.

Those addressing the Council in favor of discriminatory Ashkelon included CA State Senator Darrell Steinberg, who is part of a group of California legislators that call themselves the California Capitol Knesset. Representatives of Stand with Us and Christians United for Israel also spoke in support of Ashkelon"

The "Israel lobby" included such diverse speakers as:

good job guys on leaving those anti-Israel slime bags to soak in their own Jew hating bile. JVP especially is such a vile group of social misfits.