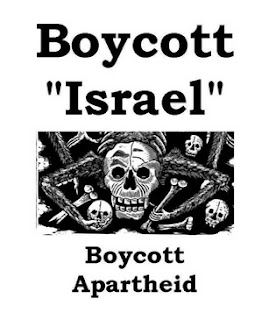 AATA policy states that the company reserves the right to approve all advertising and “all advertising must be considered in good taste and shall uphold the aesthetic standards as determined by AATA.” Company spokespeople have stated that Coleman's ad would make people uncomfortable and have a "negative impact" on ridership. Coleman, clearly an individual of profound sensitivities claims to have suffered mental anguish and distress as a result of AATA’s decision.

Coleman is no stranger to controversy. He was arrested after he walked into an on Ann Arbor City Council meeting carrying a sign that read “F— Israel” and stood in front of a group of visiting Boy Scouts from a local elementary School. He has been forced out of local Palestinian advocacy groups because of his behavior. 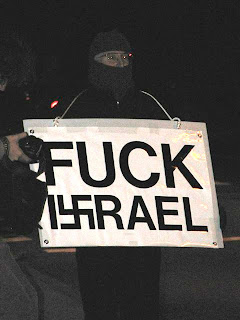 Read more about Coleman and the Ann Arbor hate Israel cru here . Curious about what Blaine Coleman has to say for himself? You can start with this line, posted in Counterpunch July 12, 2012 "...no Israeli state, big or small, will be allowed to exist." Nope, not one of the moderates.

Surprised you don't call him what he is: a Nazi!