A Controversial New Player in our local Billboard Wars

This won't go over well.

In the Bay Area, the "progressive" community often resorts to fascist tactics to suppress anything that paints Israel in a positive light.

A poster talking about a revolutionary new treatment for HIV with the potential to save countless lives world wide was recently vandalized. Why? Because this innovative new procedure was developed by an Israeli team. 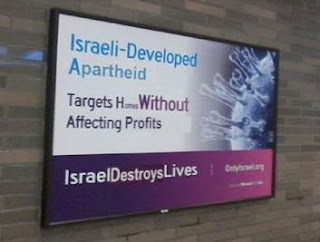 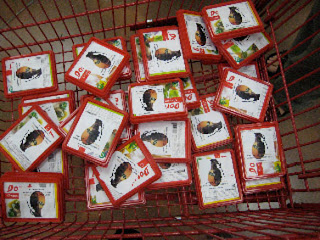 Kosher food from Virginia that reminds the fascist brown shirts of Israeli food is vandalized routinely. 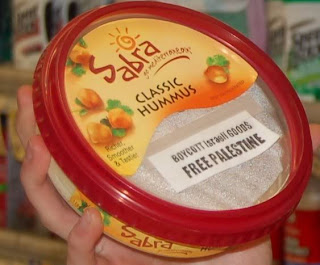 It makes me wonder how the anti-Israel forces will react to this ad, appearing on MUNI buses throughout San Francisco, for the next four weeks. 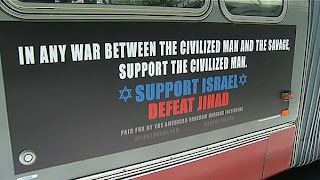 Financed by Pam Geller, whose organization Stop Islamization of America
is considered a hate group by the venerable Southern Poverty Law Center these ads are sure to provoke a reaction.

Annie Robbins, a Bay area "writer at Large for Mondoweiss, a mother, a human rights activist and a ceramic artist" is now encouraging people to vandalize the ads. 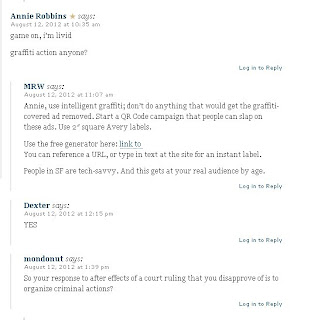 Classy. Even by Mondoweiss standards.
Posted by Dusty at 9:28 AM

Could you possibly make a poster of this guy and stick it over the top of that garbage??
http://thebodyoftruth.wordpress.com/2012/08/08/a-decorated-black-muslim-idf-commander-must-be-apartheid/