What do we know about 19 year old Muhannad Shafeq Halabi, the murderer of  Nehemia Lavi and Aharon Benet?

We know he targeted his victims because they were Jews, living Jewish lives in Jerusalem.

Was it poverty and despair that caused 19 year old Muhannad Shafeq Halabi to become a murderer? 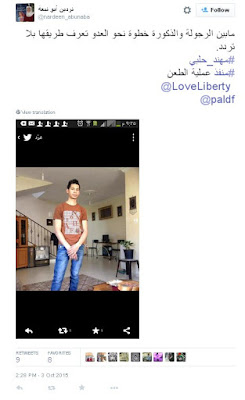 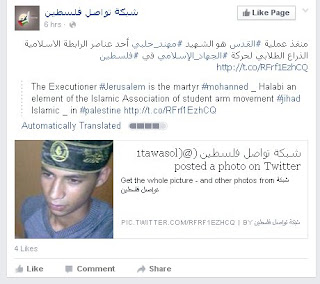 We know that his peers praised the unprovoked attacks targeting Jews 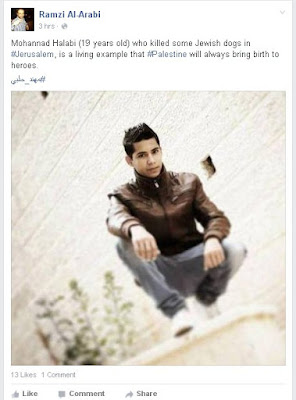 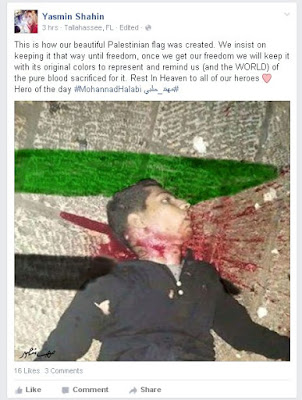 We know that not a single Palestinian leader has condemned the attack
Posted by Dusty at 9:52 PM